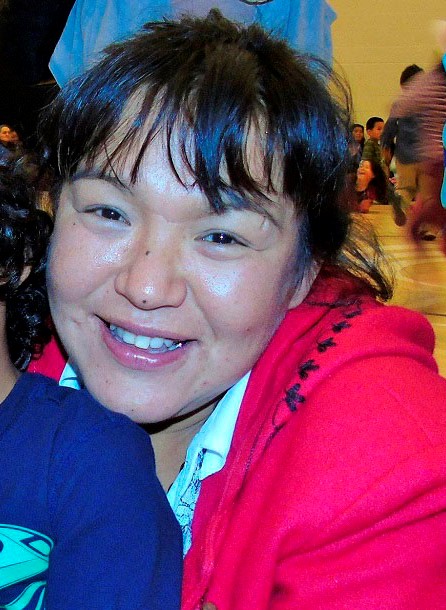 The family of the late Mary Papatsie, picture here, have launched an online fundraiser to help pay for her funeral. (File photo)

The family of Mary Papatsie launched a fundraiser on Wednesday, days after learning that her remains had been identified by Ottawa Police as those found at a construction site in Vanier on Sept. 29.

According to the “Honouring Mary Papatsie” GoFundMe webpage, the money raised will be used to pay costs associated with a funeral and memorial for Mary.

“After a painful five years of searching, our family can finally lay her to rest,” wrote fundraiser organizer, Charlotte Lee.

Two years after her disappearance, Mary’s family held a memorial service in July 2019 to honour her despite not knowing exactly what had happened to her.

Public and private donations were also collected at that time to cover the costs of the service, and also to defray the cost of travel and accommodation for relatives who were flown in from Nunavut.

Community members were also invited to attend the memorial service in 2019, and the community is continuing to rally around the family today, with more than 25 donations logged in the first 18 hours of the fundraiser.

Tommy Papatsie, Mary’s brother, said that she was a very caring person, and had a lot of friends in the urban Inuit community in Vanier where she had lived prior to her disappearance.

“She was always there to give, to try to help other people mentally, physically and spiritually,” he said in an interview on Tuesday.

In a statement released on Tuesday, Judy Anilniliak, acting executive director of Tungasuvvingat Inuit, expressed condolences to the family and friends of Mary, while also taking the opportunity to make a demand for change.

“Mary’s story is tragic and we call upon the government to urgently act upon the Calls For Justice defined in the National Inquiry into Missing and Murdered Indigenous Women and Girls released in 2020.”