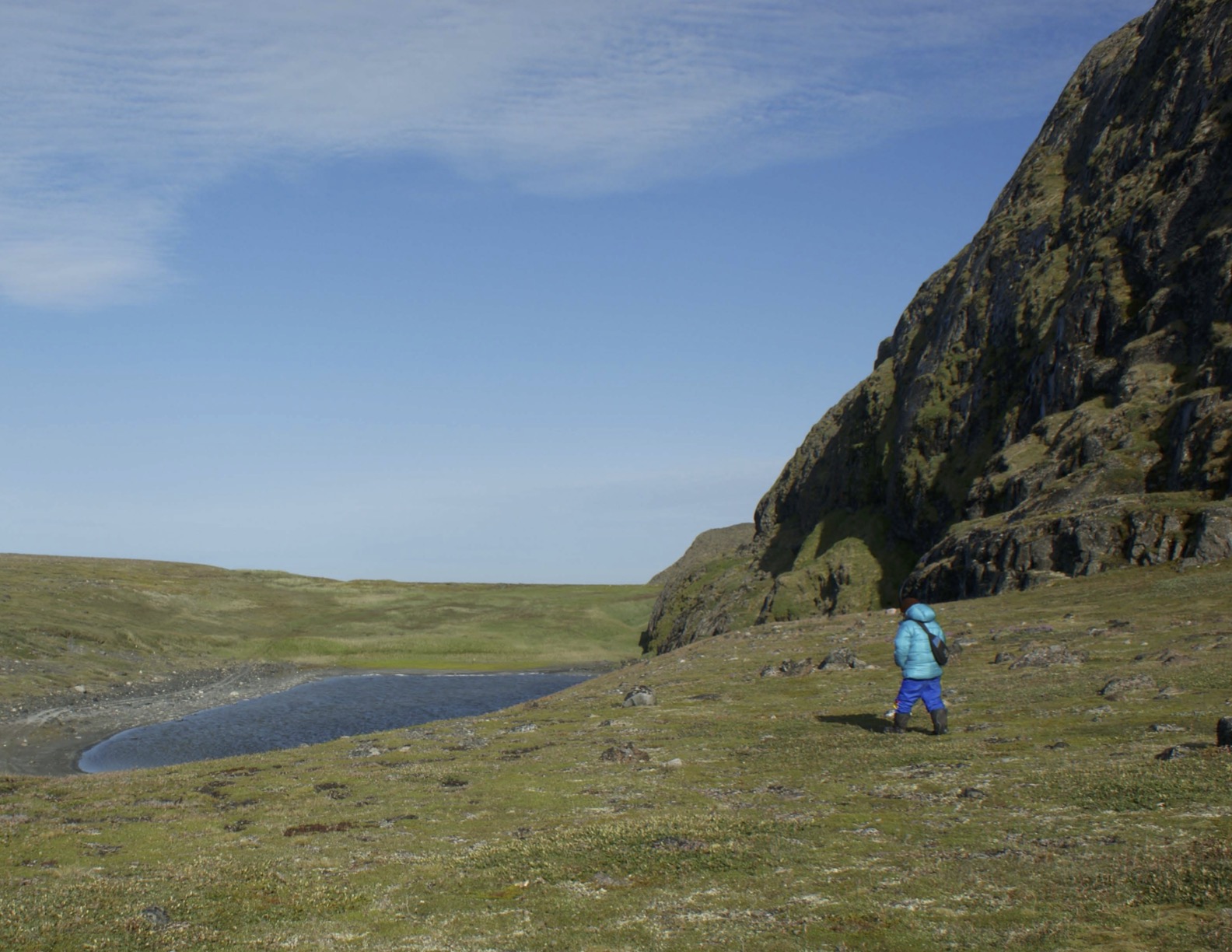 Plans for a new park near Nunavut’s southernmost community have won a national award.

But don’t expect much information from the Government of Nunavut yet on Kinngaaluk Territorial Park, to be located near Sanikiluaq.

The territory’s Department of Environment says the government hasn’t yet officially approved the project, although it did recently announce that it’s inviting residents of the Belcher Islands community to join a joint planning and management committee. 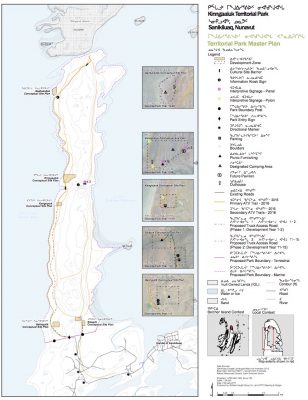 This is a map of the proposed Kinngaaluk Territorial Park, prepared by NVision Insight Group Inc.

Details can be gleaned elsewhere, however. A master plan for the park, prepared by NVision Insight Group Inc., won a national award from the Canadian Society of Landscape Architects last week, in the category of large-scale planning and analysis.

“As a park that encourages Inuit sustainable harvesting practices, it will be unique within Nunavut and Canada,” the society writes.

Maps show the park boundaries would encompass a peninsula near the community of Sanikiluaq, to the northwest. It includes areas named Sitiapiit, Kinngaaluk and Kataapik.

“The proposed park, encompassing 1,355 hectares of land, was planned to protect a traditional harvesting area,” states a Facebook post by NVision Insight that celebrates the award’s win.

It goes on to quote the author of the plan, Chris Grosset, who has worked with many Nunavut parks to develop master plans.

“What makes this project unique is that the planning was completed through a co-operative approach with a local committee of six men, called the Sanikiluaq Community Joint Planning and Management Committee, who were the local champions of the project and had significant influence on planning recommendations and ensuring community input,” said Grosset.

“Winning this award is important…. It shows that our co-operative approach, which embodies the Inuit principle of sustainability Avatittinnik Kamatsiarniq, meaning respect and care for the land, animals and the environment, is recognized nationally as a planning model. To me, it’s an example of successful integration of Indigenous and non-Indigenous ways of land use management.”

More can be found about the work that went into the park in a presentation prepared for last year’s national conference of the Canadian Institute of Planners.

“We have a responsibility to take care of the land, resources and history,” said Lazarus Epoo Kattuq, chair of the Sanikiluaq Community Joint Planning and Management Committee, according to the presentation document.

”Kinngaaluk is a fragile place that can be damaged by both natural and manmade actions, but with careful planning and management the people of Sanikiluaq will be able to continue to visit the park to fish and gather seafood; hunt for geese and ducks along the coastline; or pick berries and picnic with their families in the same way our ancestors have done for a thousand years.” 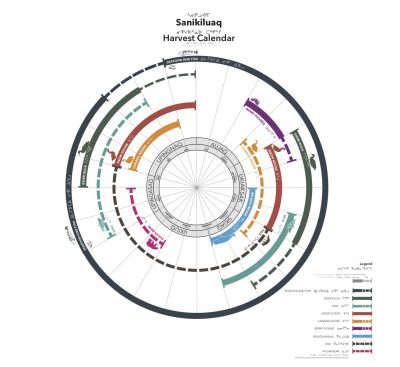 This graphic relates different harvest activities by Inuit in Sanikiluaq to the time of year.

Work on the park began in 2010, when Nunavut’s parks division worked with the hamlet of Sanikiluaq to set up a park advisory committee to identify areas for a potential park. A community open house was held in 2012 to help select the current site from three potential areas.

The joint planning and management committee was struck in 2016. A draft master plan was also prepared that year, and taken to the community for consultation in 2017.

It remains unclear how much longer it will be before the park is officially approved. As things stand, it’s not a done deal yet, said Karen Flaherty, the Department of Environment’s communications manager, in an email to Nunatsiaq News.

“At this time the proposed establishment of a new Kinngaaluk Territorial Park is in the planning process stage and is subject to territorial government approval.”