1 man and 2 women medevaced; police say all expected to survive 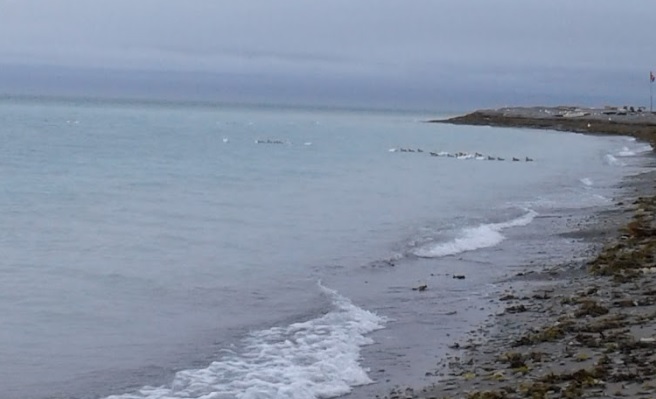 Nunavut police say a man and two women were “badly injured” in a polar bear attack on Tuesday just outside of Sanirajak, pictured here. (Image courtesy of Julie Lockau/Google maps)

Nunavut police say a man and two women are victims of a polar-bear attack just outside of Sanirajak.

RCMP officers in the community received reports of the attack around 2:30 p.m. on Tuesday just south of the Baffin community near the former Distant Early Warning line, where some cabins are located.

Police said while en route to the site, a motorist told them the trio had already been taken to the community’s health centre.

The man was medevaced to Ottawa for treatment, while the women were sent to hospital in Iqaluit.

“Although badly injured, they are expected to recover from their injuries,” states a news release the RCMP.

This week’s incident is the first serious attack reported in the territory since the summer 2018, when two Nunavut men died in separate attacks.