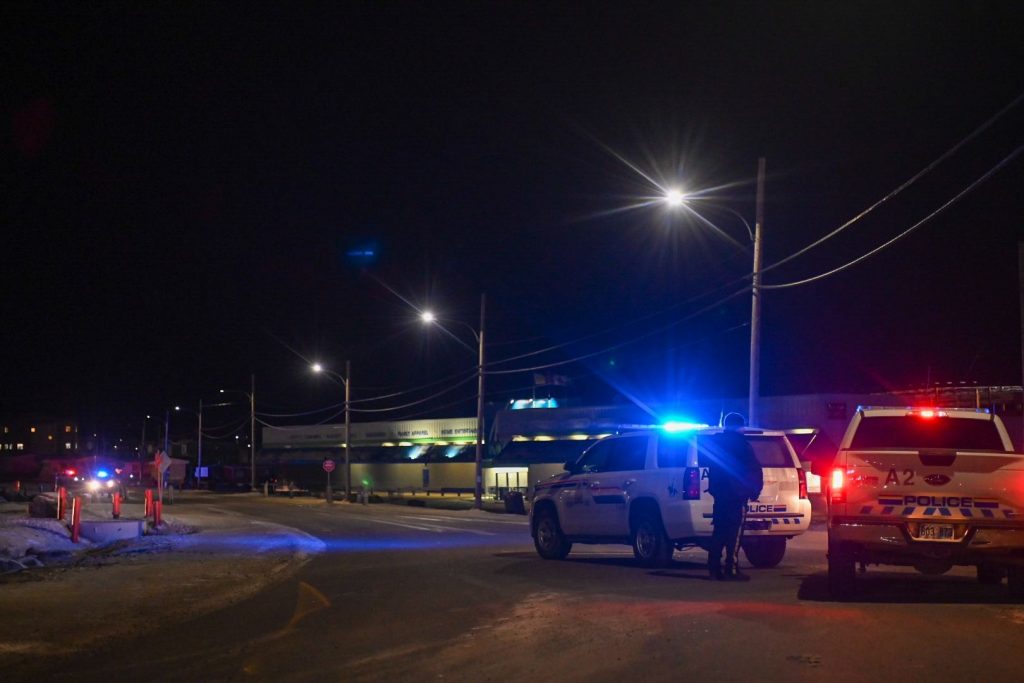 Iqaluit RCMP vehicles stationed outside Northmart just before 5 p.m. on Friday, Nov. 15 when the store was evacuated following a bomb threat. The area is now clear and a 32-year-old is in custody in connection with the threat. (Photo by Dustin Patar)

A bomb threat reported earlier today at Iqaluit’s Northmart store has turned out to be a hoax, the Nunavut RCMP said this evening in an update.

The area around the store is now clear, police said in a news release.

Meanwhile, police have arrested a 32-year-old man in connection with the bomb threat and he remains in custody pending an investigation.

But as of this evening, they had laid no charges against the man, who they have not named.

The store had been evacuated earlier today following a bomb threat report and nearby roads, including Queen Elizabeth Way, which runs through the centre of downtown Iqaluit, were closed.