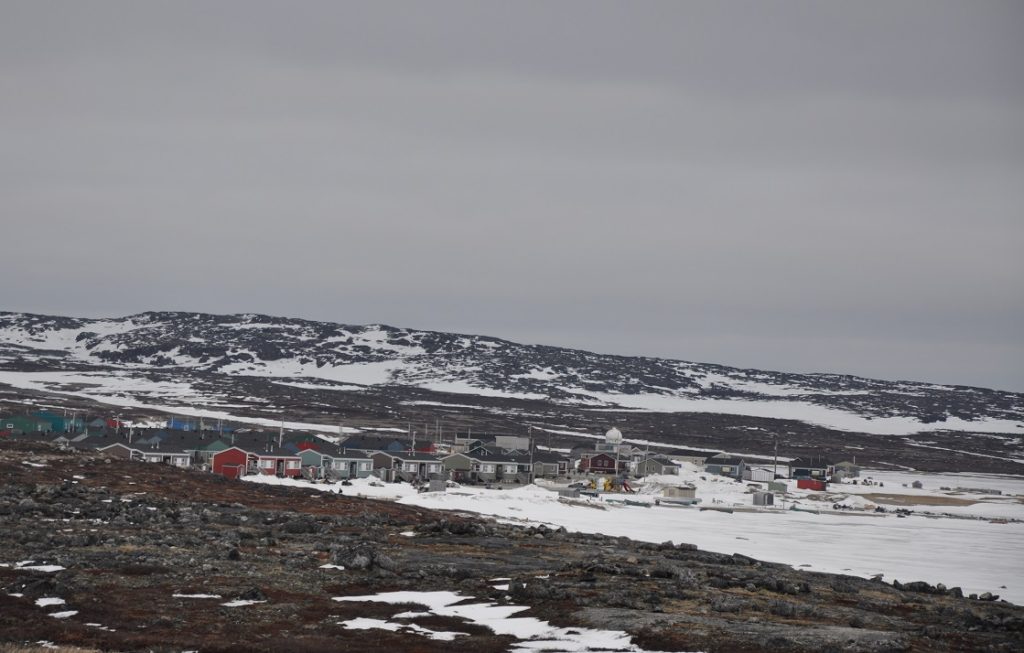 The KRPF say a young man fell from a cell tower in Inukjuak on May 13. The police continue to investigate. (Photo by Sarah Rogers)

Nunavik police are investigating the sudden death of a young man in Inukjuak last week.

On Wednesday, May 13, residents of the Hudson Bay community called Kativik Regional Police Force officers and first responders when they saw a man had climbed up a cell tower beside the water treatment plant.

In a statement emailed to Nunatsiaq News, the KRPF said the man appeared confused and made “erratic gestures.” First responders spoke to him in Inuktitut, encouraging him to come down.

But the police said the man reached for a transformer box on the tower, at which point he lost his grip and fell. He was treated on site but died instantly from the fall, the KRPF said.

The victim has been identified by community members as Moses Samisack.

The police continue to investigate his death.