“You build friendships that are very strong bonds, people you can rely on” 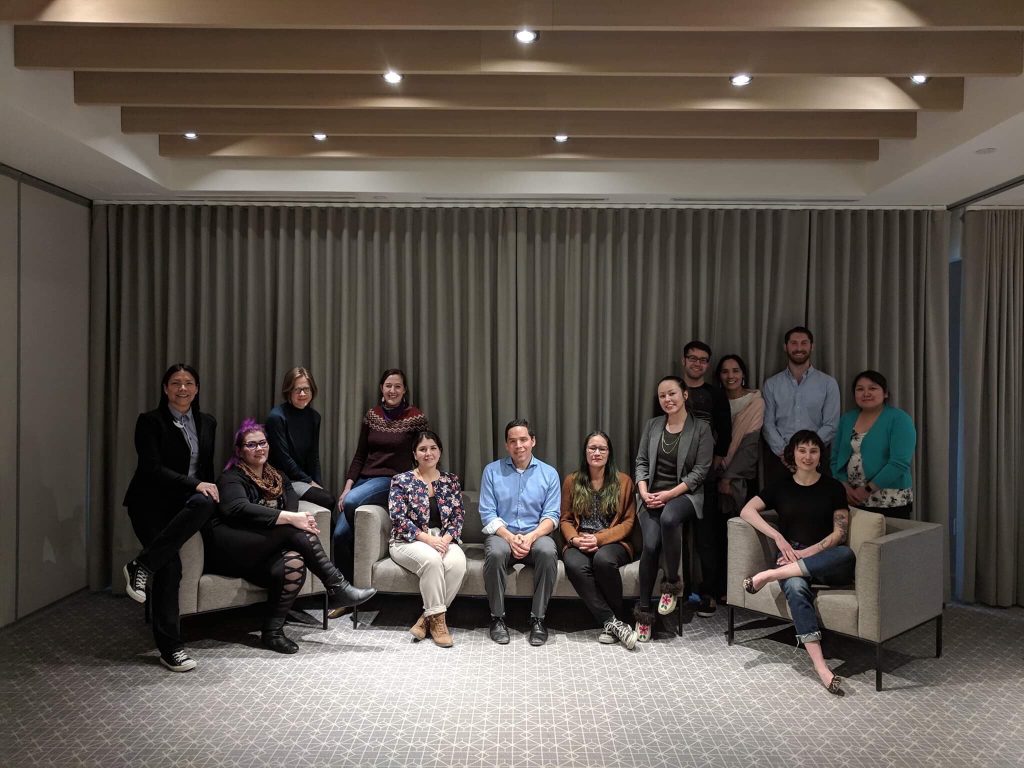 It’s a long-standing complaint in Nunavut and Nunavik communities that the workings of Canadian governments—be they federal, territorial or provincial—often don’t reflect Inuit values.

A group of northern youth enrolled in the Jane Glassco Northern Fellowship hope to change that.

The fellowship is a two-year policy and leadership development program offered by The Gordon Foundation. The program offers skills training, mentorship and networking opportunities.

There’s a common feeling that the system is failing people, says one fellow, Kaviq Kaluraq from Baker Lake. People living in the North see every day how policies affect their daily lives and we’re not satisfied with the status quo.

Their visit gave them a chance to work on their projects and speak with policy influencers in the city. The group had a fast-paced schedule, packed with panel discussions, forums and networking sessions.

“The trip has been eye-opening,” said Kaluraq. “Eye-opening to the relationships between the people in the North and the people in Ottawa, specifically the federal government.”

“A lot of our agenda has been shaped around learning how the federal government works,” noted Decouto.

While the group met with a number of organizations in Ottawa, including members of the Arctic Council, the Land Claims Agreement Coalition and the Assembly of First Nations, the trip seemed focused on teaching fellows to navigate their way through government organizations.

“We had a lot of people attend the [first day’s networking reception] to meet with us,” Decouto remembers. “And to learn about our fellowship and learn about what each of the northern fellows is working on in terms of our policy topics.”

With a real connections to people living there, government officials can better understand why some changes are so important to northerners.

This improved relationship is especially important for Snowball, whose region is governed by Quebec: “A lot of times it’s frustrating to live in my region, because the policies are made by the government for all those who are not Inuit.”

“I wanted to get into this program so that I can be one of the people who can also make changes to the policies that are given to our region.”

Snowball’s policy research focuses on how to prevent children from being apprehended by Family Services, and changing the policies of that agency. She emphasizes Inuit family values in her project.

The Ottawa trip gave the fellows lots of opportunity to speak their mind. For example, on the first day, fellows entered into a speed policy exchange.

Participants had five minutes to convince a policy expert that their research was critical, and then had two minutes to get advice before moving on. The fellows spent two hours rotating among 15 experts.

During the trip, fellows also saw the potential in stronger northern partnerships.

“Being able to connect with other northern minds … it doesn’t happen all the time, because we often work in silos,” said Kaluraq.

At the first night’s networking reception, Decouto even recalls that multiple people commented on how rare it was to get two northern ministers in one room.

But stepping outside those silos gave the fellows some interesting insights into one another.

The group realized that a general theme among many of their projects is reasserting self-determination through Indigenous worldviews.

Snowball’s research draws on traditional family values, for example, while Kaluraq’s interests lie in environmental literacy among Inuit. And DeCouto’s policy topic focuses on why an Inuit worldview isn’t being “effectively implemented” within the Government of Nunavut.

This consistent focus among fellows, to change Canadian models to better reflect Indigenous perspectives, led to the realization that there’s more opportunity to work together.

That North-North focus is part of the Jane Glassco Fellowship’s appeal.

“It’s good to have networks,” said Snowball, who found it particularly interesting to connect with people from regions with self-government.

“You build friendships that are very strong bonds, people you can rely on,” said Kaluraq.