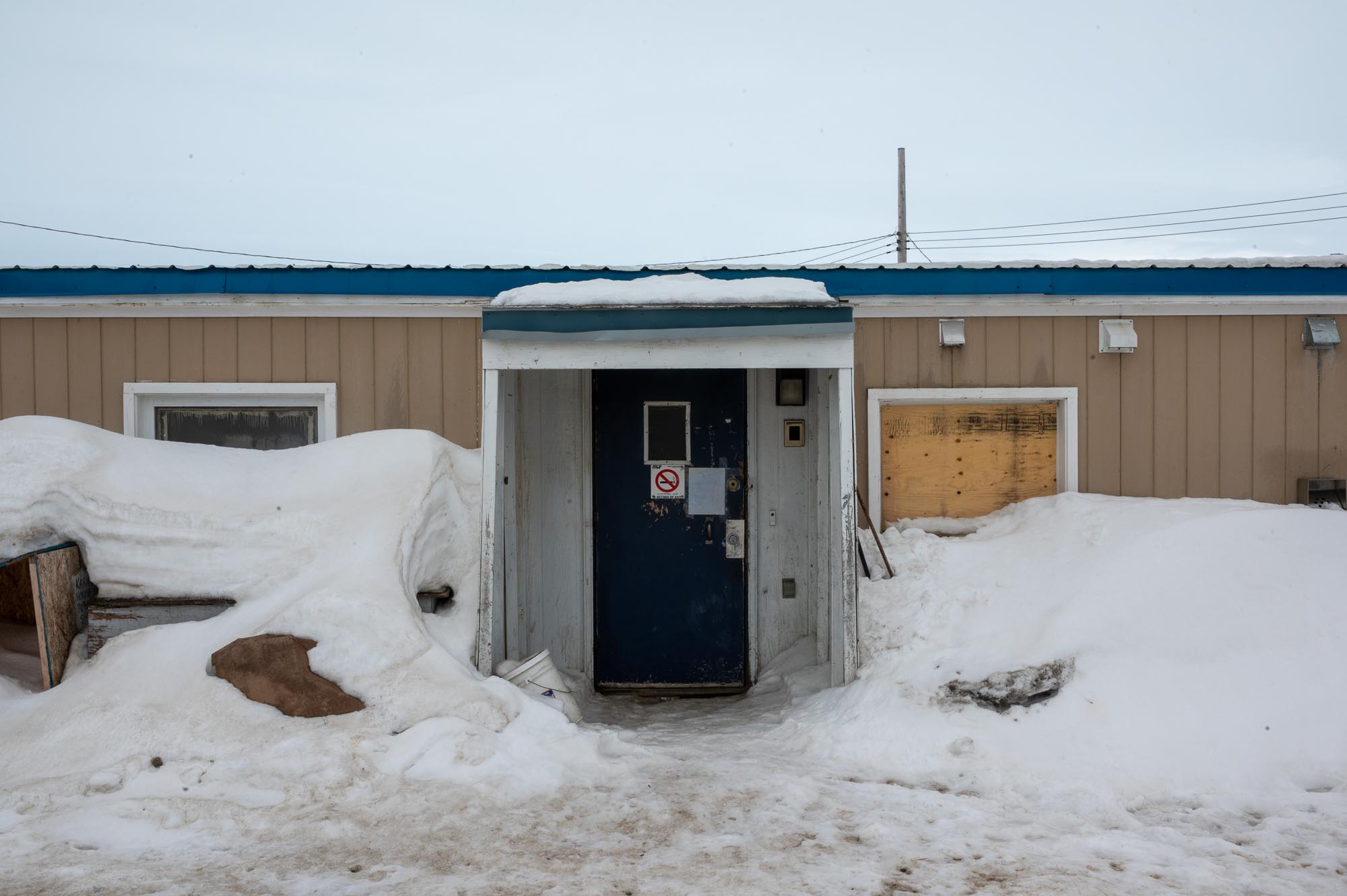 The city is seeking opinions from the public on a proposal from the Uquutaq Society to turn building 778, the former men’s shelter, into a low-barrier shelter. (Photo by David Venn)

The City of Iqaluit is holding a public consultation for the Uquutaq Society’s proposal to run a revamped shelter in the Lower Base neighbourhood.

The society has asked the city for permission to update its former men’s shelter to a 42-bed, co-ed, low-barrier shelter, meaning it will allow people who are intoxicated inside.

The society’s executive director says this is its only option.

“There is no other place,” said Laurel McCorriston in an interview with Nunatsiaq News.

The society opened a separate 60-bed shelter and transitional home in fall 2020, McCorriston said, but demand remained more than what it could provide.

In a mid-March planning and development committee meeting, McCorriston told councillors that one of its shelters had to turn away people 90 times between November and January because it had reached full capacity.

A petition against the proposal on change.org accuses the society of poor management of its shelters. As of Monday morning, it had 71 signatures.

The petition says there has been a history of theft and people acting violently towards other residents in the neighbourhood because of the shelter.

McCorriston says the society has experienced problems at its shelter at 778, but that was because it was a high-barrier program, which meant intoxicated people weren’t let inside.

She said there will also be more staff and security at the building if the project gets the go-ahead.

“There is this idea that anybody who’s homeless is a criminal, which isn’t true,” McCorriston said. “It’s an effect of colonization. So why are we blaming the people who are the victims of this situation?”

Mayor Kenny Bell told Nunatsiaq News council is waiting to receive public feedback before it forms an opinion on the proposal.

Nunatsiaq News reached out to Iqaluit-Sinaa MLA Elisapee Sheutiapik, who is also the minister responsible for homelessness, several times, and did not receive a reply.

The public consultation ends on Tuesday.