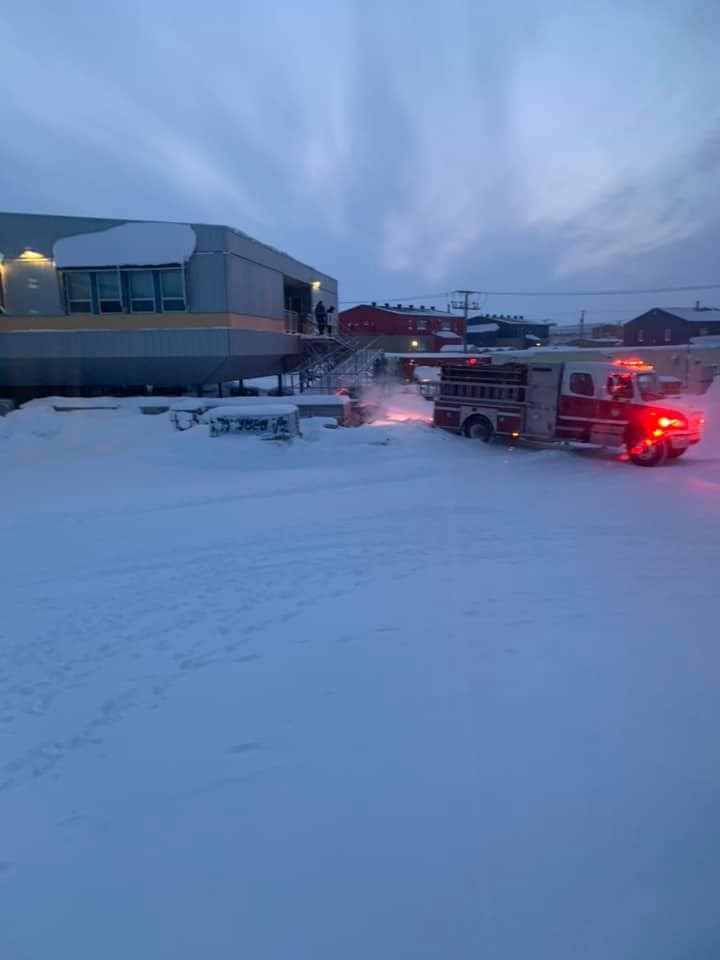 The Inuulitsivik Health Centre in Puvirnituq reopened on Monday, Feb. 10, after closing due to a fire on the morning of Feb. 5. (Photo by Ajia Papigattuq)

e aftermath of a fire at the Inuulitsivik Health Centre in Puvirnituq on Feb. 5 could have been much worse if not for the cooperation of staff and the community.

By Monday, Feb. 10, the health centre was back in service.

“A big thank you to all those who were involved,” said Andy Moorhouse, Inuulitsivik’s executive director. “The doctors and nurses that went over and above and reacted with the emergency plan once they found the fire, they evacuated 16 patients really fast, I believe within 10 minutes, once they found out.”

Smoke was first spotted by staff at around 7 a.m., Moorhouse said. It was coming from the basement of the department that contains the long-term care rooms, observation rooms, maternity ward, and the emergency room and additional rooms for emergency patients in observation.

The basement area is used for storage for the department.

From the preliminary investigation, Moorhouse said they believe the cause of the fire was faulty wiring that sparked and caught some of the stored goods.

“The fire was contained within that specific storage area,” Moorhouse said. “There are only two points of entry or exit—hatches on the floor of the department—so it was contained.”

But there was some smoke damage in the department, he said, so the entire area had to be thoroughly cleaned.

While the health centre was closed for investigation and cleaning, a temporary walk-in clinic was set up at the community centre for emergencies.

The maternity ward was moved to another community building where prenatal and childcare classes are held, which was equipped to handle deliveries. And one baby was born while the health centre was closed, Moorhouse said.

Patients in long-term care and those under observation were moved to the transit house where patients from out of town stay. Those travelling patients were boarded by families in Puvirnituq.

At Ungava Tulattavik Health Centre in Kuujjuaq, the doctors and nurses took on additional patients and medevaced patients who couldn’t be seen in Puvirnituq.

The community members, firefighters, police officers and staff from the Northern Village, Co-op and Air Inuit were all a part of the response, Moorhouse said—not to mention the entire staff of the health centre who helped in the cleanup.

“I want to thank everybody for their cooperation and coordination with this incident we had,” Moorhouse said. “We had everything operational within five days. It was a learning experience for us and a reminder that we need to be prepared.”