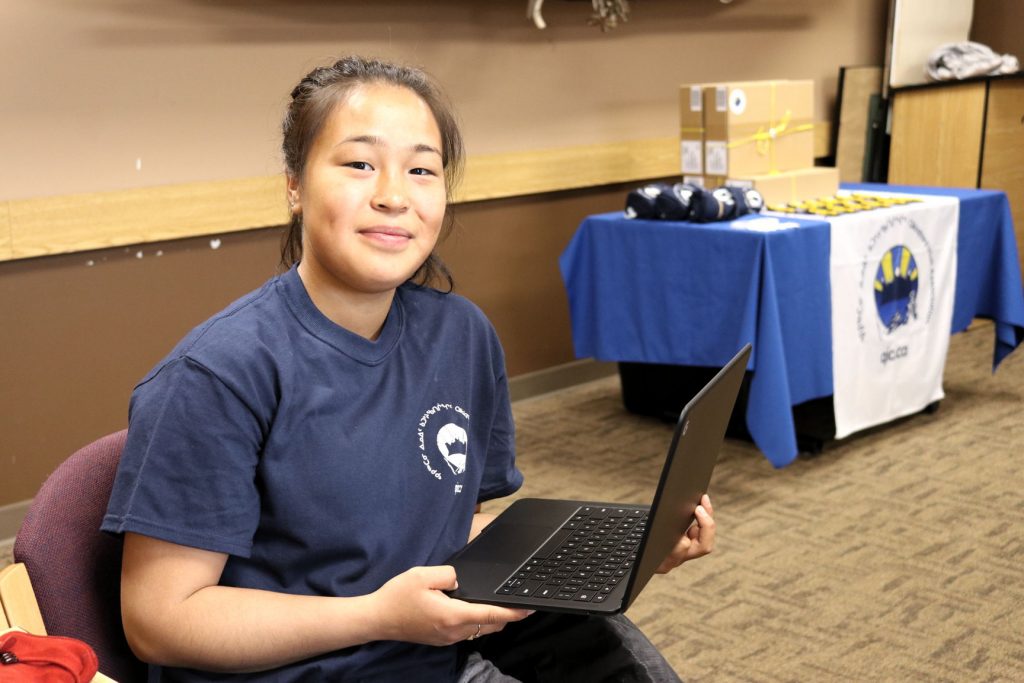 One hundred and five lucky grade-school students from the 13 communities of the Qikiqtani region are getting special back-to-school gifts this fall, thanks to the Qikiqtani Inuit Association.

Each will receive a new 13.3-inch Google Pixelbook laptop. The project is part of an effort aimed at helping students whose education has been disrupted by the COVID-19 pandemic.

“We wanted to do our part to help Qikiqtani youth have better access to digital and online learning as so many educational resources are computer dependent today,” QIA President P.J. Akeeagok said in a news release.

The Pixelbook, which runs on the Chrome OS operating system, is a high-end version of Google’s Chrome series of portable mini-computers. They can be folded for use as either a tablet or a laptop, and are sold for $1,299 or more, depending on the configuration.

Money to pay for the first 65 laptops came from the Mastercard Foundation and the federal government, the QIA news release said.

Then, ACTUA, a national organization that promotes education in STEM subjects—science, technology, engineering and mathematics—donated another 40 laptops.

“I’m going to use my laptop for school. I was so excited when I knew I was getting one,” Amanda Koonoo, 14, a Grade 10 student in Pond Inlet, said in the news release.

The QIA says students aged eight to 18 who have lived in one of the Qikiqtani region’s 13 communities for at least one year were eligible for the program.

Here’s how they distributed the laptops among the region’s 13 communities:

Earlier this year, the QIA launched a variety of programs aimed at helping Qikiqtani Inuit weather the COVID-19 pandemic.

They include a food voucher program for elders launched with Arctic Co-operatives Ltd., which distributes a $250 voucher to each elder in the region every two weeks.