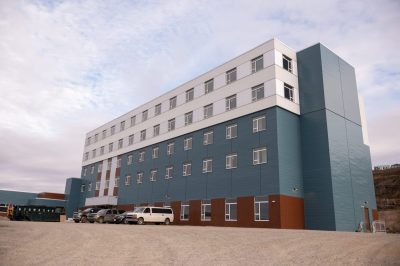 Nunavut’s Department of Culture and Heritage is inviting people in Iqaluit to check out some live music this weekend.

The winners of last year’s Qilaut songwriting contest are slated to perform Saturday at a family-oriented concert in at the Aqsarniit hotel, states an announcement from the department.

The annual Inuktut songwriting contest is held to celebrate the territory’s Inuit music scene and inspire the creation of more original music in the language.

Last year’s winners were Joey Nowyuk, who came in first with the song Annirilavut; Debbie Oyukuluk, who took home second place with the song Nagligivagi; and Kallaarjuk and Daniel Taukie, who placed third with the song Kangiaq.

“Family and Friends” was the theme of last year’s contest.

Winners will be featured during two concerts, scheduled to take place at 2 p.m. and 7 p.m.

CDs of the winning submissions will be given away at the concert and are also available at the Culture and Heritage Iqaluit office on the first floor of the Trigram building (903).