“We are committed to their well-being” 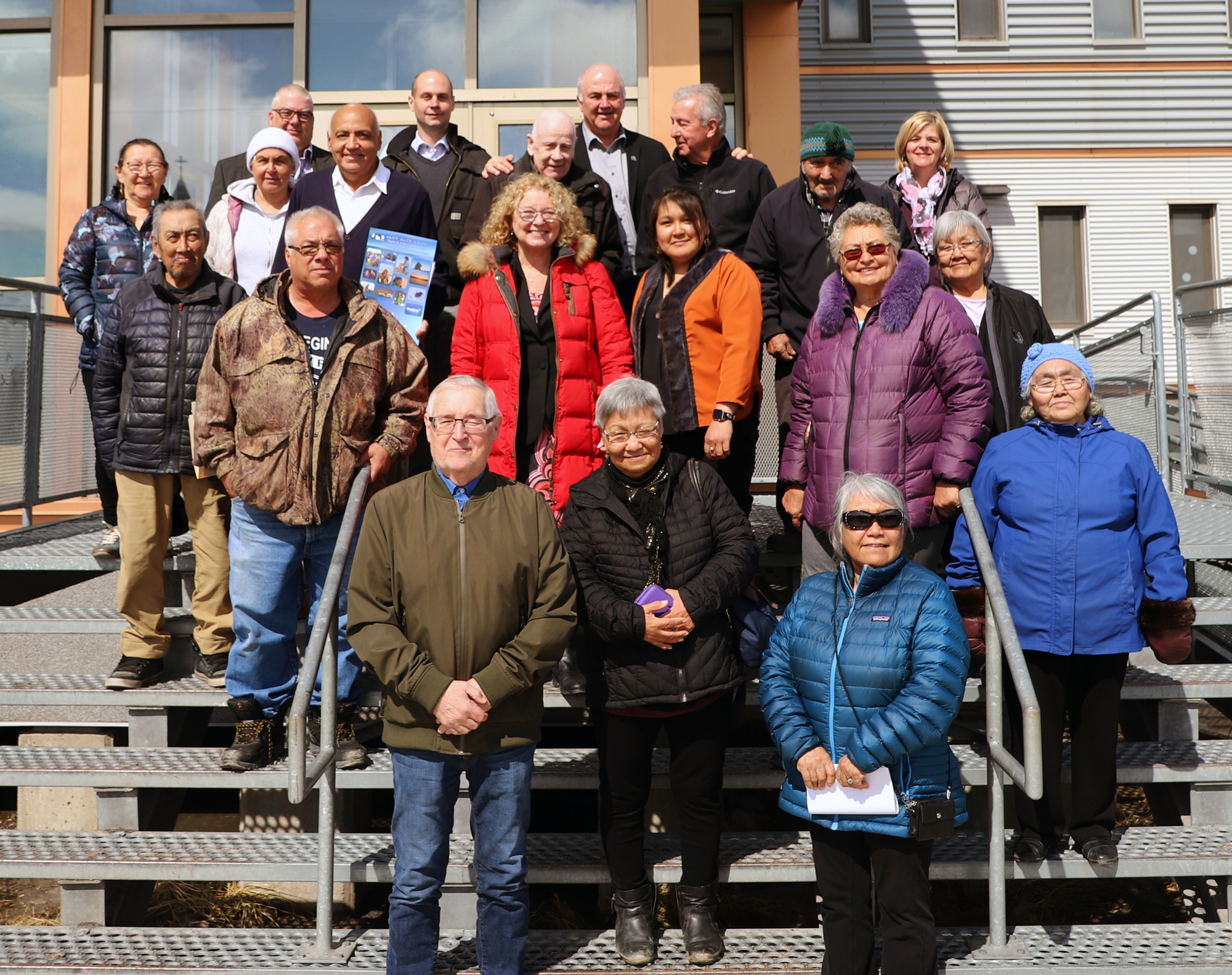 Quebec’s minister responsible for seniors, Marguerite Blais, was in Kuujjuaq on Friday, May 10, to announce a new five-year funding agreement for elders’ initiatives in Nunavik. She’s pictured here with members of the elders’ association and KRG officials. (Photo courtesy of KRG)

The Quebec government has pledged more than $2 million in funding towards initiatives to benefit elders living in both Nunavik and the James Bay Cree nation.

Quebec’s minister responsible for seniors and caregivers, Marguerite Blais, announced $2.8 million in funding during a visit to Kuujjuaq on Friday, May 10.

Nunavik will receive $827,670 of that funding over the next five years. The money will go to the Kativik Regional Government, which oversees a number of seniors’ programs that support housing, cultural programming and cost-of-living subsidies.

The KRG will also receive an additional $76,350 over five years to fund the work of the Nunavik Regional Seniors Council, a consultative and advocacy group.

“We must help elders remain active in our communities because they have strong knowledge that we need to connect to the younger generation,” said the KRG’s vice-chair, Hilda Snowball, in a May 10 news release.

“The elders are the custodians of our culture and our values. We are committed to their well-being.”

When the KRG first helped launch the region’s elders association, there were 400 seniors in Nunavik. Today, there are an estimated 800.

The KRG said part of the new funding will be made available to Northern Villages to finance their own community projects, which are targeted at enhancing the living conditions of the elderly population, developing intergenerational relationships and fighting elder abuse.