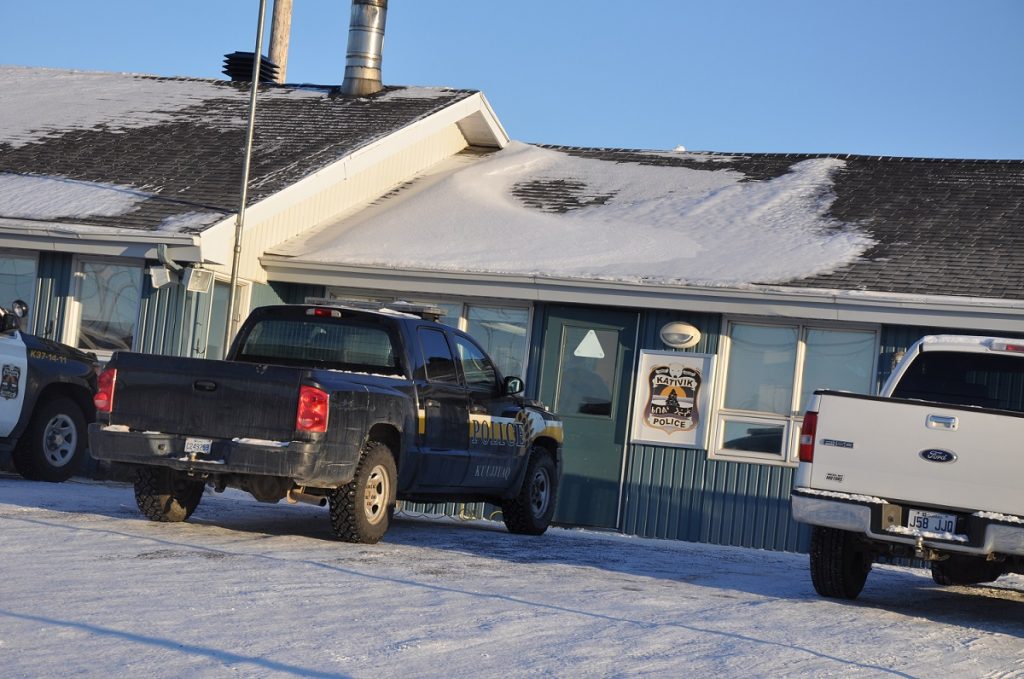 Quebec’s Director of Penal and Criminal Prosecutions has cleared KRPF officers who were involved in three separate civilian shootings and another death that took place in Nunavik between April 2017 and April 2018. (File photo)

Quebec’s director of penal and criminal prosecutions has decided not to lay charges against police involved in four separate incidents that took place in Nunavik between April 2017 and April 2018.

During that period, Kativik Regional Police Force officers responded to and were involved in the separate deaths of two Nunavik residents and serious injuries in the cases of two others.

When civilians are seriously injured or killed during a police altercation, Quebec’s Bureau des enquêtes indépendantes (office of independent investigations) is responsible for looking into the circumstances.

The BEI then files its report to Quebec’s director of penal and criminal prosecutions (DPCP) or Crown’s office, which decides if the police officers involved should face charges.

The officers were cleared in all four cases, in separate decisions the DPCP issued over the last few weeks.

KRPF officers were called to a home in Puvirnituq the morning of April 28, 2017, to respond to a complaint about drunkenness.

When they arrived at around 9:30 a.m., officers removed two inebriated men from the home. They drove the first man home, but en route to the second home, officers noticed the other man appeared to have fallen asleep in the back of their cruiser.

The officers took the man back to the station and lay him in a cell on his stomach, to prevent choking, to allow him to sober up. At about 5 p.m. that day, a cell guard called officers to say the man was unresponsive. The 24-year-old victim—who is not identified in the report—was taken to the hospital, where he was declared dead.

The DPCP’s report indicates that film footage in the police detention area shows the man did not move the entire time he lay in his cell. The coroner’s report could not identify when exactly the man died but declared his cause of death as acute intoxication. The autopsy could not rule out the possibility that he asphyxiated at some point.

The DPCP’s report concluded that the evidence does not reveal any criminal negligence on the part of the police officers that day.

In the DPCP’s most recent decision, released May 9, the Crown cleared police of any criminal wrongdoing in the shooting death of Illutak Anautak, the Akulivik teen who stabbed and killed three of his relatives on June 10, 2017.

KRPF officers first received a call early that morning about a stabbing in a residence. When the officers arrived, they found a young boy who was seriously injured and bleeding outside the home.

Anautak, 19, then appeared, armed with knives in each hand, threatening to kill others and himself. The DPCP report said the man then threw his knives at the police officers and tried to flee the scene as he threatened to kill another family member.

Police first attempted, unsuccessfully, to hit Anautak with a baton.

As Anautak entered another home, police officers threatened to shoot him. He carried on and officers fired and shot Anautak as he entered the home’s kitchen, killing him instantly.

“Given all that had happened in the previous minutes as well as everything that was to their knowledge, it is obvious that the police had to prevent him from returning to the house, armed with a knife,” the DPCP concluded.

“So the force used at that time was not excessive and was necessary in the circumstances.”

A Crown prosecutor met with Anautak’s family to explain the decision. The Bureau des enquêtes indépendantes has now closed its investigation into the Akulivik killings.

The two other cases involved police incidents in which civilians were seriously injured.

On October 19, 2017, again in Puvirnituq, KRPF officers responded to a late afternoon call about someone firing their weapon within the community.

When officers arrived on the scene, the DPCP reports said they encountered a woman pointing her rifle at them. The police took cover behind a neighbouring home and engaged in a standoff with the woman, encouraging her to put down her weapon. During this time, the woman threatened suicide.

The officers called for backup and a third officer arrived and positioned himself behind the armed woman.

When he asked her to drop her weapon, the DPCP report said she turned and pointed her gun directly at him. At this point, the officer fired and injured the woman, from a distance of about 25 metres.

The DPCP found that intervention was legal, given the imminent danger the officer faced. The force the officer applied against the woman was necessary for both his and her protection against death, the report found.

The woman survived her injuries, and has been informed of the office’s decision.

KRPF officers were found not criminally responsible for injuries they inflicted on a teenager during a police intervention in Kuujjuaq on April 25, 2018.

But because charges have been laid against the person involved in the incident and that case is now before the courts, the DPCP said it could not comment further on the circumstances of the incident.

In its reports, the DPCP explained that it analyzes each file it receives with “rigour and impartiality.”

“In criminal law, the burden of proof that must satisfy the lawsuit is very demanding,” the DPCP said. “Because of the principle of the presumption of innocence, the prosecution must indeed make a demonstration beyond a reasonable doubt of the accused’s guilt before the tribunal.”

You can read the DPCP’s reports on its website, under the Communiqués de Presse section. The reports are only available in French at this time.