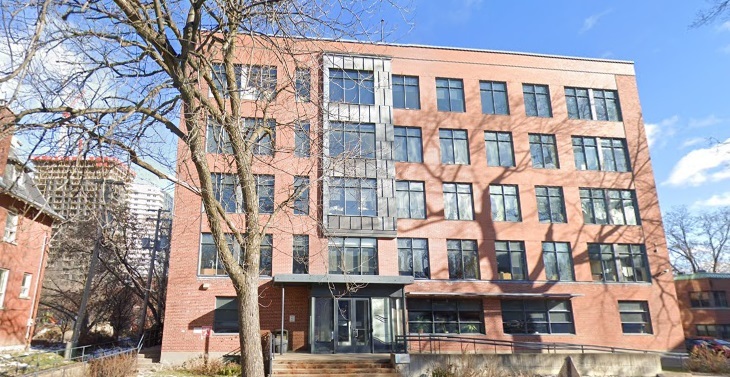 The Batshaw Youth and Family Centres is the subject of two human right complaints filed by the Native Women’s Shelter of Montreal and the Center for Research-Action on Race Relations. The two organizations are calling on intervention from Quebec’s health and social services minister after they say the Quebec Human Rights and Youth Rights Commission has ignored their complaints. (Image from Google Maps)

Two Montreal organizations are accusing the Quebec’s human rights commission of ignoring their requests for investigations into alleged discrimination at a youth centre in the city.

Representatives from the Native Women’s Shelter of Montreal and the Center for Research-Action on Race Relations are accusing the commission of making a “political” decision to ignore two separate requests made last year, relating to alleged systemic racism at Batshaw Youth and Family Centres.

The first complaint was filed last October by the Native Women’s Shelter, according to a news release from the centre for research-action. It alleges discrimination and racial profiling of Indigenous children, as well as employment practices at Batshaw.

The second request – filed in December by the Center for Research-Action on Race Relations – asks the commission to look into a May 2021 incident where an Inuk teen was allegedly forced to stay in an isolated basement room at Batshaw for several days after the youth centre claimed he had been exposed to COVID-19.

In a news conference in November, the teen, speaking under a pseudonym, told reporters he felt like “a prisoner in solitary confinement,” and that he was only able to leave after one of his teachers protested his confinement.

“Everyone is just ignoring us,” said Nakuset, the executive director of the Native Women’s Shelter. “History will repeat itself unless there is some kind of change.”

Fo Niemi, executive director at the Center for Research-Action on Race Relations, said a lack of response from the commission sends a bad signal to Indigenous families about the health and safety of children in youth services. He added he’s concerned there might be “political interference” over accusations of systemic racism.

“Our complaint is very detailed, we have witnesses who are willing to testify, and nobody has been contacted for four, almost five months,” Niemi said.

Meissoon Azzaria, communications co-ordinator for the Quebec Human Rights and Youth Rights Commission, confirmed the investigation requests have been received

In an email to Nunatsiaq News, Azzaria said the commission is still analyzing the requests, and can’t comment on them.

“We are hoping to give answers to the Native Women’s Shelter of Montreal in the coming weeks,” Azzaria said.

With no progress in months, the native women’s shelter released an open letter calling on intervention from Lionel Carmant, Quebec’s minister for health and social services.

The letter calls on Carmant to look into issues at Batshaw and Quebec’s human rights commission.

Spokesperson Hélène Bergeron-Gamache did not comment on the allegations, but said in an emailed statement the organization is “fully committed to providing adapted services that meet needs and are offered in an environment where Indigenous people and people from cultural communities feel completely safe on all fronts.”

Nunatsiaq News emailed Carmant’s office for comment but did not receive a response at the time of publication.