Suspect allegedly cut his own throat while exiting police vehicle 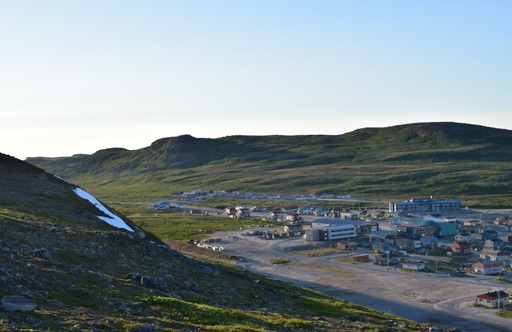 While officers transported a suspect to the police detachment in Kangiqsualujjuaq, the man allegedly cut his own throat with a knife while exiting the police vehicle. (File photo)

Quebec’s independent investigation agency is looking into how a Nunavik man was seriously injured following his arrest yesterday morning.

On Aug. 13 at around 9:30 a.m., Kativik Regional Police Force officers responded to reports of an assault at a home in Kangiqsualujjuaq.

The police arrested a 22-year-old man at the scene. Then after officers transported the suspect back to the police detachment, the man allegedly cut his own throat and neck with a knife while exiting the police vehicle.

KRPF officers had to use pepper spray to control the suspect, at which point he was taken to the local health centre with serious injuries.

The Bureau des enquêtes indépendantes, which investigates incidents in which civilians are injured during police interventions, sent five investigators to the Nunavik village late yesterday.

The BEI said the team completed its work and flew out early today.

The agency is asking anyone who may have witnessed the incident to contact the BEI at www.bei.gouv.qc.ca.