Race is on: Canadians head to polls Sept. 20 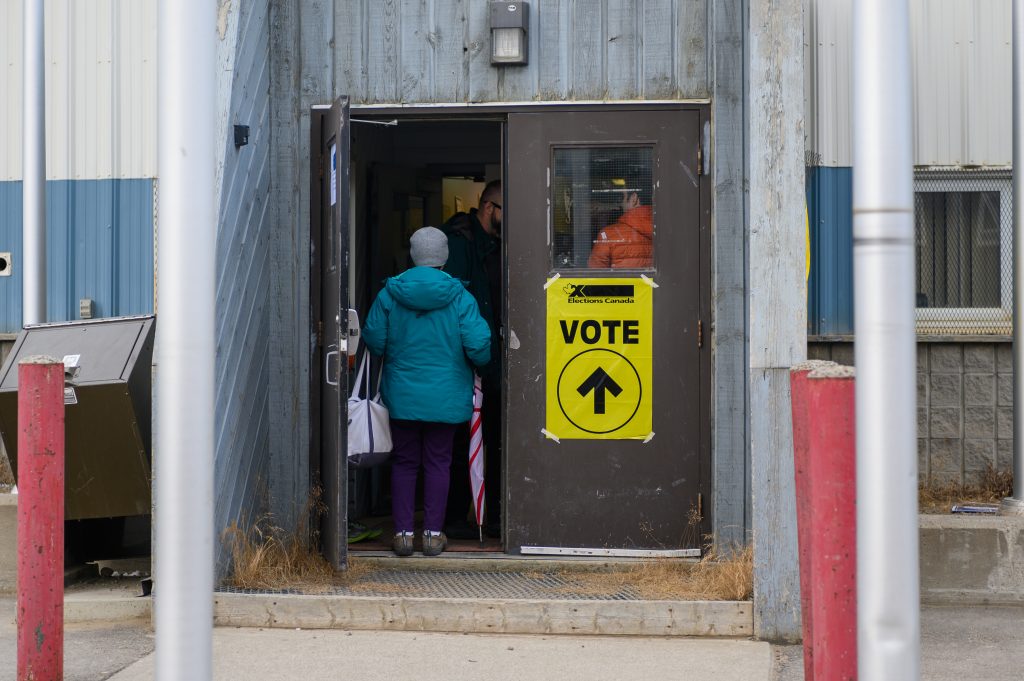 An unidentified voter heads into a polling station in Iqaluit in October 2019, the last time Canadians went to the polls in a federal election. Prime Minister Justin Trudeau called an election Sunday for Sept. 20. (Nunatsiaq News file photo by Dustin Patar)

The race is on but Nunavummiut and Nunavimmiut don’t yet know who’s all in the running.

On Sunday morning, Prime Minister Justin Trudeau called a federal election for Sept. 20, and in the Nunavut riding, Iqaluit lawyer Lori Idlout, who is running for the NDP, is the only candidate who has been named so far.

Idlout won the NDP’s nomination last week, which was decided by a coin toss after she was tied with another contender.

The NDP needed a new candidate in Nunavut because MP Mumilaaq Qaqqaq announced in May she would not seek a second term in the job she won in 2019.

In Nunavik, the picture is a little clearer. Bloc Québécois MP Sylvie Bérubé is seeking re-election in the Abitibi-Baie James-Eeyou-Nunavik riding but is facing a challenge from Liberal Lise Kistabish. Other parties’ websites did not indicate on Sunday who their candidates are yet.

To call an election, Trudeau first needed to visit Gov. Gen. Mary Simon at Rideau Hall in Ottawa to ask her to dissolve the Parliament that was elected in October 2019. Simon, an Inuk from Nunavik, became Canada’s first Indigenous governor general just a few weeks ago, at the end of July. Dissolving Parliament was her first high-profile responsibility since taking on her new role.