Rankin Inlet goes to the drive-in

The show starts at 10:45 tonight behind Simon Alaittuq School 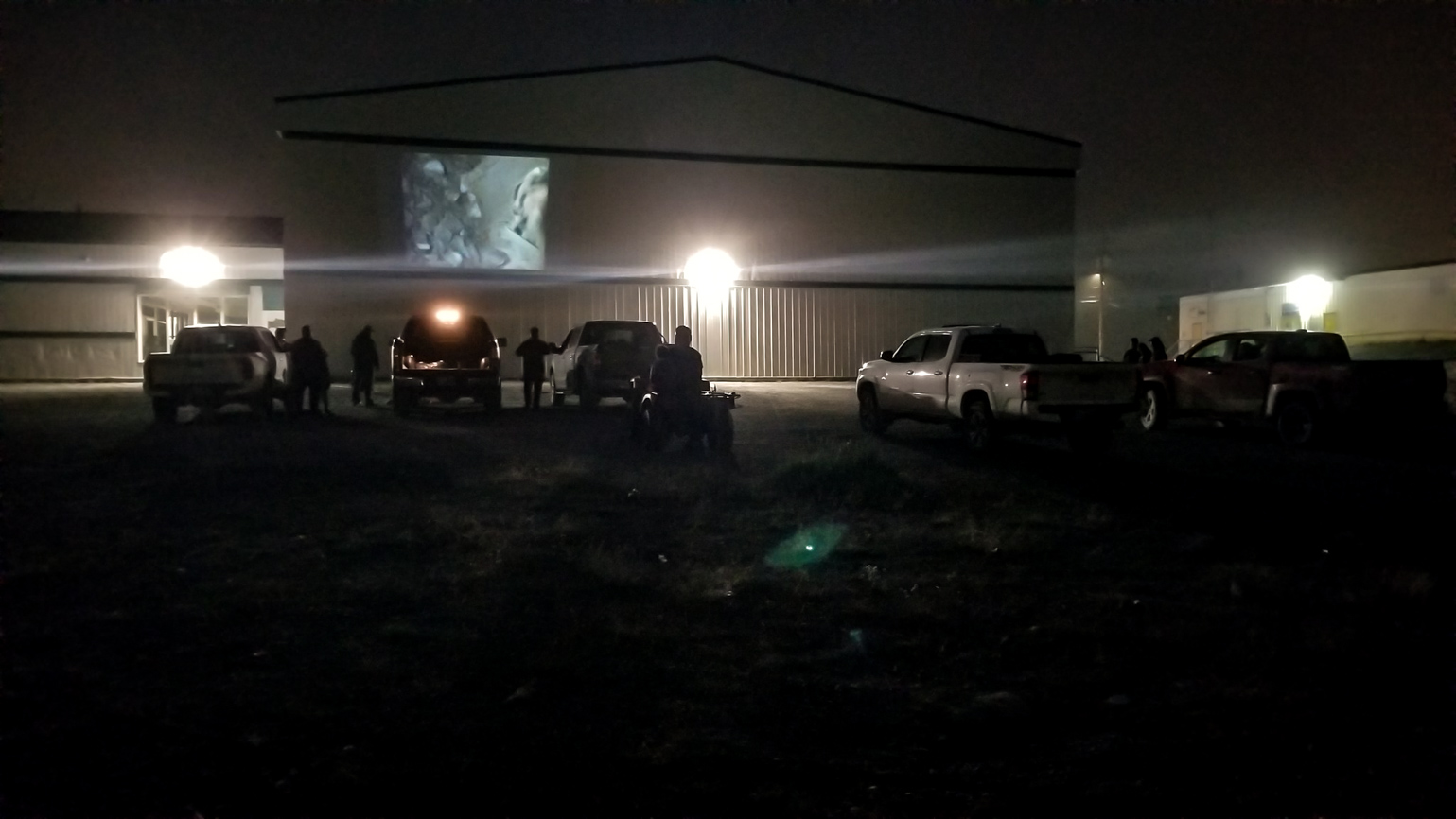 Last weekend, a dozen people gathered at the back of Simon Alaittuq School in Rankin Inlet to watch a short documentary film. For Gabriel Karlik, it was a test run that paved the way for tonight’s screening. (Photo courtesy of Gabriel Karlik)

Although Rankin Inlet resident Gabriel Karlik has always been a big movie fan, he’s never been to a traditional drive-in movie theatre, until he organized his own.

Last weekend roughly a dozen people gathered in their cars to watch as People of the Rock, a 1961 documentary about the North Rankin Nickel Mine, was projected onto the back of Simon Alaittuq School.

The last-minute showing was a chance for Karlik to see how many people and vehicles could fit in the space and an opportunity to test out his equipment.

“The big key thing was the FM transmitter,” said Karlik.

“So people can stay inside their vehicles, because of COVID restrictions, and listen to the movie at the same time.”

The idea for the drive-in came from Karlik’s son who is also a big movie fan, particularly of old black-and-white films.

“He put a bug in my ear to see if there’s a way to watch it with a big crowd and a big screen,” said Karlik.

“That’s when I started researching.”

For Karlik, a self-described electronics hobbyist, setting up the drive-in only had a small learning curve.

Not only does he experiment with radio and help stream local hockey tournaments, Karlik has also hosted movie nights at home.

“My garage was a makeshift theatre for kids,” said Karlik.

“I had chairs set up, a screen, a projector, speakers, so my son’s friends and my daughter’s friends would come over on a weekend and they would watch movies.”

The drive-in means now the whole community can participate.

Originally the plan was to show the movies last summer, but Karlik says that frequent weekend rain prevented that from happening.

This year, the pandemic happened, so Karlik had to wait for the related restrictions to be lifted.

Now that those have been lifted, Karlik is ready to go.

Unlike last weekend’s screening, which was projected directly onto the side of the school, tonight’s will be projected onto a proper screen.

The film of choice? A 1968 National Film Board of Canada two-part documentary called Stalking Seal on the Spring Ice.

Directed by Quentin Brown, the film depicts life in an Inuit camp on the shore of Pelly Bay in early summer.

”That was a big request from last week,” said Karlik.

If you can’t make it tonight, there will be more movies to come.

If all goes well, the weather co-operates and COVID restrictions don’t change, Karlik says he hopes to continue the screenings every weekend until September or October.

If you can make it there tonight, don’t forget the popcorn.