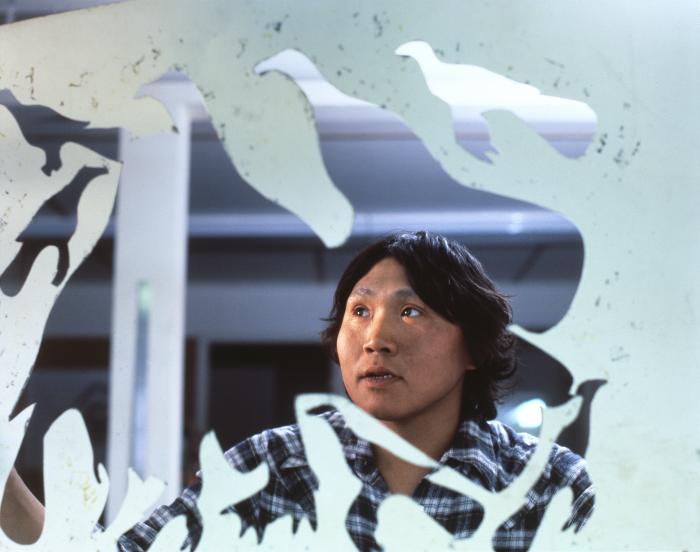 Nearly 200 historical photos of the Canadian Arctic are now available online for the first time.

Taken by the late photographer George Hunter between 1946 and the 1990s, the photos include scenes and people from at least 16 communities across Nunavut, the Northwest Territories and Manitoba.

The significance of Hunter’s photographic work comes from the intimacy of his subjects, according to Napatsi Folger, an Inuk comic, writer and contributing editor at Inuit Art Quarterly, in an article accompanying the online gallery.

“Photographing people in their natural state is a skill only good photographers can possess,” she said.

“Hunter was able to show a foreign audience the modernity and adaptability of Inuit, rather than pandering to the idea of static tribalism.”

Considered one of Canada’s greatest photographers, Hunter spent his life travelling across the country—including the Arctic—documenting industrial life, landscapes and Canada’s cultural diversity.

Hunter’s work has appeared on stamps, currency, in textbooks, galleries across the country and on board the Voyager II spacecraft.

In addition to a long list of awards and accomplishments, Hunter also started the Canadian Heritage Photography Foundation, which is where he donated his entire collection when he died in 2013.

Nicole Plaskett, executive director of the foundation, estimates that the entire Hunter collection consists of roughly 100,000 slides, prints and other items.

The challenge is sharing it.

Foundation archivist Stephanie Normand likens archives to a dragon sitting on a horde, “they have all their stuff, but no one ever gets to see it.”

“I really wanted to make sure that our stuff was out there and digitized so that people who these objects belong to actually have access to them.”

The digitization of the photos, made possible through a private grant from Chris Bredt and Jamie Cameron, took two months to complete.

According to Normand, the biggest challenge for the digitization team was working with Hunter’s meticulous negative storage system, which involved glue and tape. Film negatives are more fragile and harder to preserve.

“Even though George’s cataloguing system was very admirable it’s not the best for preserving it long term,” said Normand.

But his meticulous nature did provide Normand and her team with many details about who or what the photographs are of, even if the language, place names and terminology – such as the word Eskimo to describe Inuit – are outdated.

“We try and keep as much information that he put in,” said Normand.

Plaskett also says that the foundation would love to hear from anybody who knows any of the people in the images or has any further information that might allow the foundation to have and share a more complete understanding of the photos.

“That’s the main motivation for us,” she said.