One person sent to hospital 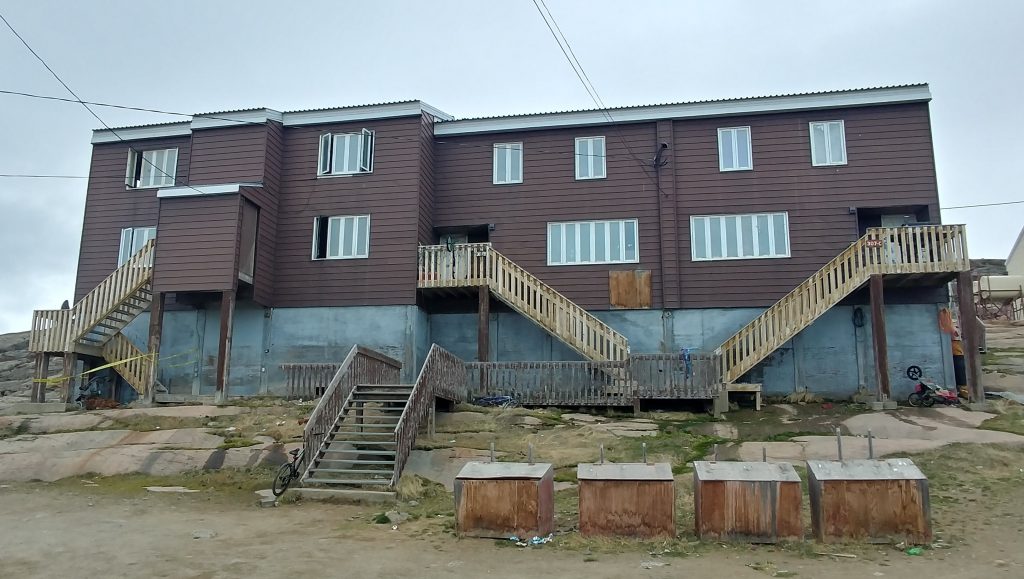 Fire crews in Iqaluit responded to an early morning call when a unit in this building caught fire. (Photo by Meagan Deuling)

The RCMP in Iqaluit are investigating the cause of an early morning fire in a three-unit building in the 300s area of the city.

A news release sent out by the City of Iqaluit said that fire crews received a call at 5 a.m. on Friday, June 19.

After crews arrived, one person was sent by ambulance to the Qikiqtani General Hospital, the release said.

There is no information about the extent of that person’s injuries.

The fire was quickly extinguished by “initial attack crews,” said the release.

Thirteen firefighters worked to put out the fire, using one engine, a ladder and a water truck. There were also two medics and two support vehicles at the scene. No firefighters were injured, the release said.

The other units in the building were damaged from the smoke, said the release. The building will be handed over to the housing authority when the RCMP finish their investigation.

The release said that smoke alarms alerted residents to the fire and allowed them to get to safety.

Nunatsiaq News has reached out to the RCMP and office of the fire marshal for more information, but has yet to hear back.