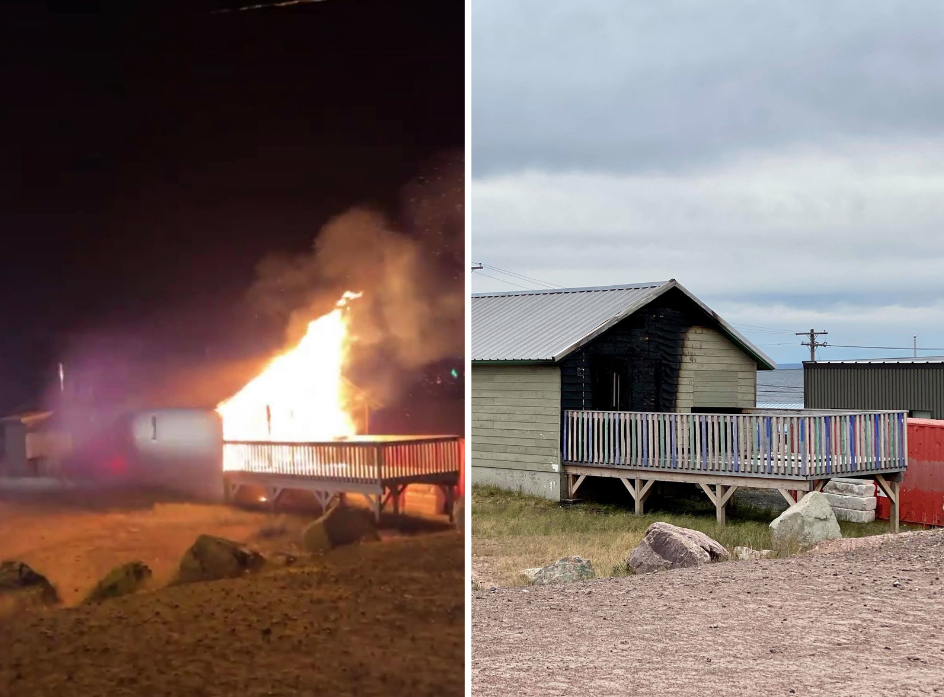 The only daycare in Baker Lake went up in flames early Tuesday morning, leaving hamlet residents to find babysitters or other child care arrangements, just as school is starting up.

“A lot of teachers and workers drop off their children there, it really sucks especially now that school just started,” said Marianne Uqayuittuq, a resident of the hamlet of about 2,300 people.

“I’m so sad for the parents of the children that go to the daycare,” she said.

The RCMP was called around 2:30 a.m. and firefighters were dispatched, Cpl. Pauline Melanson, a police spokesperson, confirmed.

The RCMP is now investigating the fire.

Baker Lake resident Freddie Oovayuk livestreamed the fire for about 17 minutes on Facebook.

In the video, smoke can be seen coming from all sides of the building and flames engulf the entrance, as emergency lights flash nearby.

The structure is seemingly intact, hours after the fire was extinguished, but parts of the building are visibly burnt and charred.

The community’s MLA, Craig Simailak, tweeted photos of the charred front, writing “this is terrible timing as school begins today.”

Iqaluit’s mayor, Kenny Bell, who is the president of the Nunavut Association of Municipalities, responded to the tweet, saying “any loss of infrastructure is terrible in our communities but losing a daycare has a bad ripple effect.”