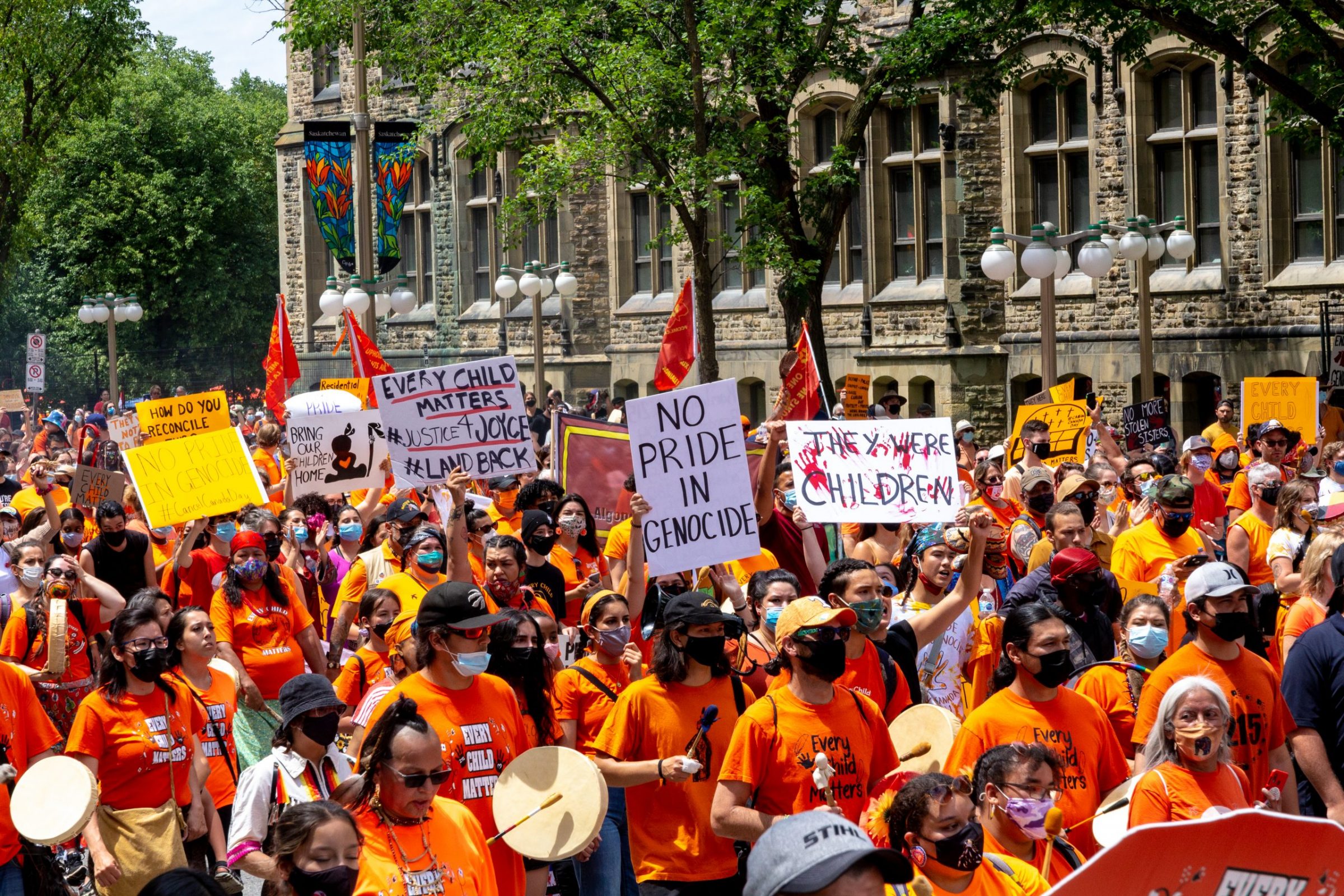 The National Arts Centre in Ottawa has announced a lineup of virtual programming this week to commemorate the National Day for Truth and Reconciliation.

People can take part in workshops, listen to talks, take in reading lists and even use colouring books to learn about Canada’s residential school system.

“With more eyes and attention on the topic, we wanted to make sure that we were offering as much as we could, and it became much more of an institutional priority,” said Mairi Brascoupé, NAC’s Indigenous cultural resident and member of the Algonquin Anishinaabe First Nation, who helped plan the activities.

The activities, hosted by NAC Indigenous Theatre, are set to focus on the revitalization of Indigenous languages, beading, powwow dance, and land acknowledgements. There will also be discussions on how non-Indigenous people can become better allies to Indigenous communities.

They have been busy since early spring, but Brascoupé says that it became a major focus for NAC after the multiple discoveries of unmarked graves at the sites of former residential schools.

Due to COVID-19 restrictions, the NAC was forced to close its doors for much of the past year and a half, and transition to hosting online performances and events.

Although the NAC has reopened and has been welcoming smaller audiences back for performances, the Truth and Reconciliation events are all virtual. Brascoupé says that the digital space allows the NAC to reach a wider audience, and that people can tune in anywhere across the country.

In addition to the events, the LED screens of NAC’s Kipnes Lantern will be lit in orange on Sept. 30. NAC has illuminated the lantern with the words “every child matters” since the discovery of 215 unmarked graves at the formal residential school in Kamloops, B.C., earlier this year.

There are no events scheduled on the National Day of Truth and Reconciliation. Brascoupé says that she and her team will most likely use Sept. 30 as a day to reflect and spend time with their families.

Brascoupé says that she hopes people will tune in, take the time to learn, and use what they’ve learned in a way that helps support Indigenous people.

“I’m really happy that more people are actively learning and actively searching for ways that they can make better contributions to the Indigenous communities across the country,” she said.

The activities are scheduled for Sept. 27 through 29.