Solomon Idlout faces 18 charges in connection with the Oct. 6 incident 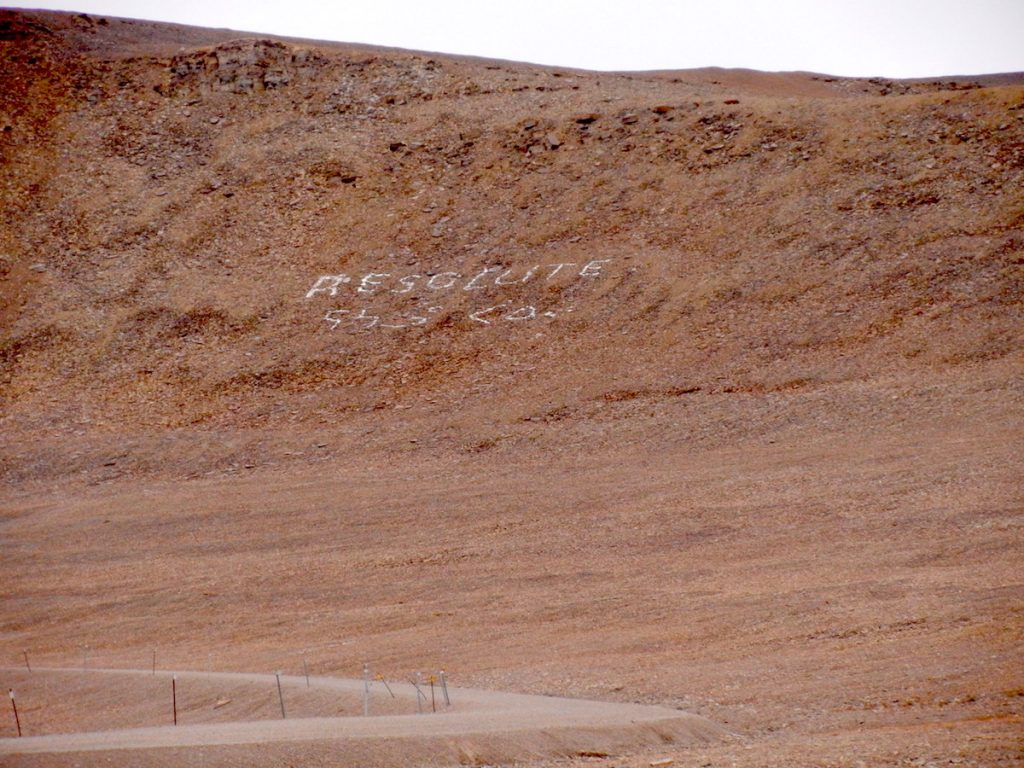 A Resolute Bay man faces 18 charges after he took a long gun and fired shots toward people, but caused no injuries or damage to property. (Photo by Jane George)

A 35-year-old Resolute Bay man faces 18 charges after a volatile firearms incident, which took place during the late evening of Sunday, Oct. 6.

Nunavut RCMP says that at about 11:30 p.m. members of the Resolute Bay RCMP responded to a situation involving a man who had shot several rounds within the community of about 200.

A police investigation found that a man had got into a physical altercation with several other people.

The man then had returned to his residence and emerged a short time later with a long gun, the RCMP said in an Oct. 10 release.

A long gun is a broad category of firearms that includes rifles.

The man fired several rounds towards two people, but there were no injuries or damage to property, the RCMP said.

Solomon Idlout, 35, has been charged with the following 18 criminal offences in connection with the incident:

Idlout was remanded into custody after a bail hearing. His next court appearance is set for Oct. 23 in Resolute Bay.