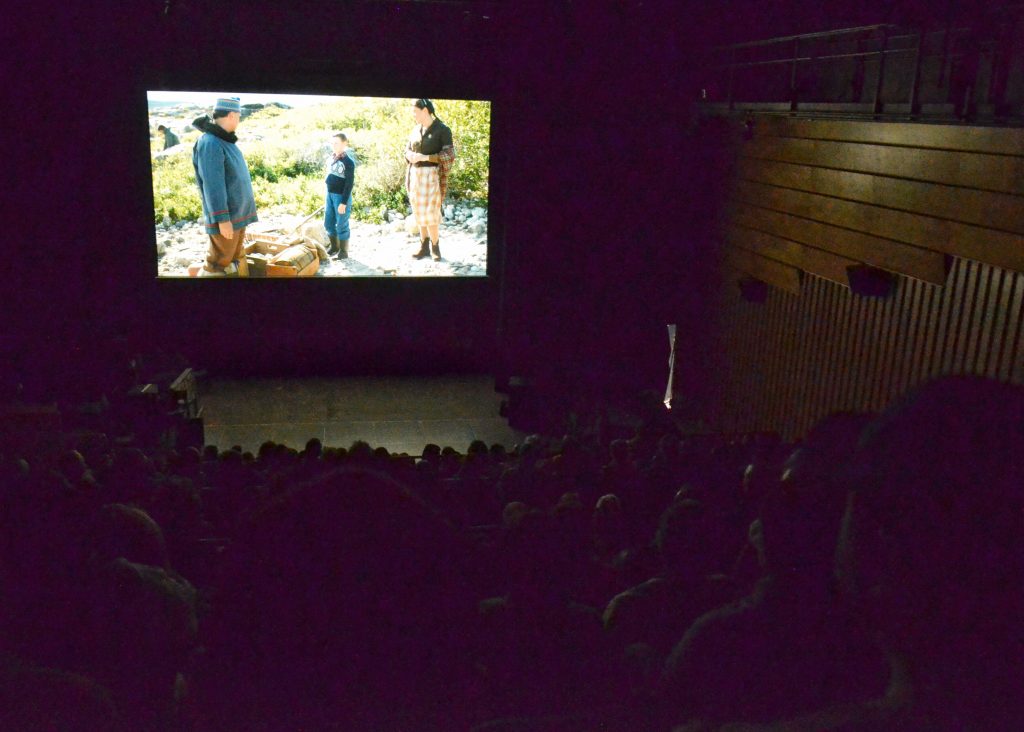 Kuujjuaq residents attend a screening of the movie Restless River on Nov. 7. The Katittavik Theatre had a full house for the occasion, with the crowd applauding the movie at the end. On the screen, from left, are the film’s three main actors: Etua Snowball and Matthew York from Kuujjuaq, and Malaya Qaurniq Chapman from Kuujjuaq. The film is based on Gabrielle Roy’s novel Windflower. Its story focuses on a young Inuk woman who, shortly after the end of World War II, is raped by an American soldier stationed at the Fort Chimo air force base. (Photo by Isabelle Dubois)