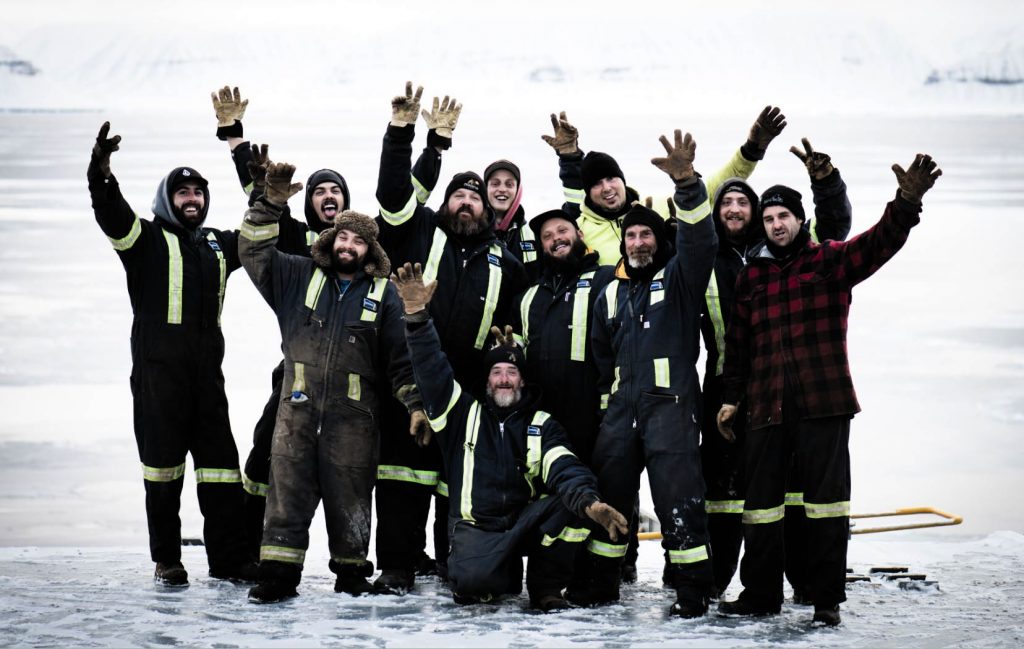 The crew of the Sedna Desgagnés pose for a photo. It’s one of two eastern Arctic sealift vessels featured in the new reality television series High Arctic Haulers. You can watch the show every Sunday evening at 8 p.m. on CBC. (CBC press photo)

Once you get past its cringe-worthy introduction, High Arctic Haulers becomes the kind of reality television series that northerners are bound to fall in love with, offering a rare inside look at one of the eastern Arctic’s most life-essential services: the annual sealift.

The first 60-minute episode in the new seven-part series, shot almost entirely in and around Nunavut, kicked off this past Sunday evening on CBC television and on the CBC Gem streaming service.

It’s built around the same concept as Ice Pilots NWT or Ice Road Truckers. Rugged teams of blue-collar heroes, mostly male, struggle against bad weather, bad luck and other hardships to transport the necessities of life to isolated northern communities.

Nunavut’s lands, seas and communities also function as stars of the show, revealed in stunning digital video, some of it shot from overhead drones. Future episodes will feature communities like Naujaat, Gjoa Haven, Kugluktuk, Pangnirtung and Hall Beach.

Though the producers claim each episode is “unscripted,” they create dramatic tension by honing in on obstacles, usually created by poor weather or mechanical breakdowns, that the show’s heroes use their talents to overcome by the end of each episode. 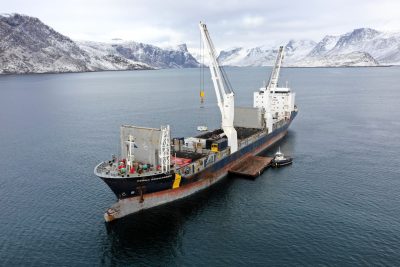 In this case, their cameras follow the people who operate two Arctic-bound cargo vessels, the Taïga Desgagnés and the Sedna Desgagnés, owned by Groupe Desgagnés Inc., which serves Nunavut from a port at Côte-Sainte-Catherine in south-west Montreal.

Through its subsidiary, Desgagnés Transarctik Inc., the Quebec-based Desgagnés firm is well-known throughout Nunavut as the operating partner in Nunavut Sealink and Supply Inc., or NSSI, a company formed by Desgagnés, the Qikiqtaaluk Corp. and Arctic Co-operatives Ltd.

The introductory scenes leave no cliché unspoken. Harsh environment! Only the toughest dare stay! Perilous! The haul must get through!

But that’s forgivable. The annual eastern Arctic sealift, which operates during the short ice-free season between mid-July and the end of October, really is a vital lifeline. In the early scenes, community leaders like Grise Fiord Mayor Meeka Kigutak, former Iqaluit mayor Madeleine Redfern and community leader Larry Audlaluk all attest to this.

And because of population growth and economic development, more cargo vessels must make more resupply voyages to the Arctic than ever before. The modern Canadian Arctic couldn’t function without the sealift. 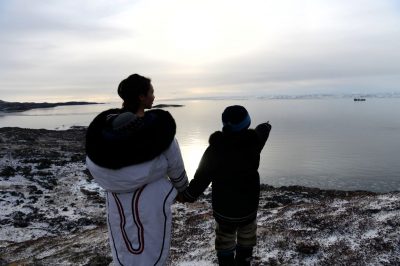 We’re reminded of this halfway through the first episode, when Yvonne Bedford, the manager of the Pitsiulak Co-operative in Chesterfield Inlet, shows us the bare interior of the co-op’s nearly empty warehouse.

“We don’t have any more flour. We’ve run out of a lot of stuff, pasta, sauces, soups,” Bedford says.

To get to Chesterfield Inlet on time, Nault orders his chief engineer to run the ship’s engines at full speed so the vessel can outrun the storm. He overcomes the obstacle and on a sunlit Arctic afternoon, in a calm sea, the Taïga Desgagnés drops anchor in deep water off the community. 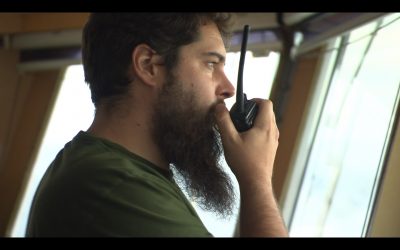 After that, the viewer gets a visual reminder of the near-total absence of marine infrastructure in most Nunavut communities—another hardship that the deadline-driven commercial shipping industry must cope with every year.

The vessel’s crew uses a crane to drop a tug boat and barge into the water. The tug will push a barge that will carry the front-end loaders they’ll use to lift goods onto the beach, where lead checker Roma Laframboise, the crew’s logistics boss, takes charge of the complex offloading operation.

Later, Tanuyak’s gleaming red pickup truck rolls across a ramp from the barge to the beach. Loaders drop the co-op’s sealift containers and workers start re-stocking the store’s bare shelves. At the same time, teacher Glen Brocklebank’s kayak club at Victor Sammurtok School gets a new set of survival suits.

Meanwhile, the other vessel, the Sedna Desgagnés, commanded by Capt. Michel Duplain, a white-haired veteran who’s spent more than 30 summers working in the Arctic sealift, gets stuck in a huge field of rock-hard multi-year ice in Hudson Strait.

That’s a reminder that in the future, climate change could actually make Arctic seas more difficult to navigate. That’s because of dangerous old ice that breaks away from the polar ice pack and Greenland’s glaciers and floats into shipping lanes, pushed there by winds and currents.

As the first episode of High Arctic Haulers draws to a close, Duplain and first mate Simon Charest await the return of the icebreaker CCGS Pierre Radisson, which is to lead them through the ice to their next destination.

You can watch it on CBC television every Sunday evening at 8 p.m., or view it on demand at the CBC Gem streaming service. Hint: if you watch it on Gem, you can avoid those annoying commercials.