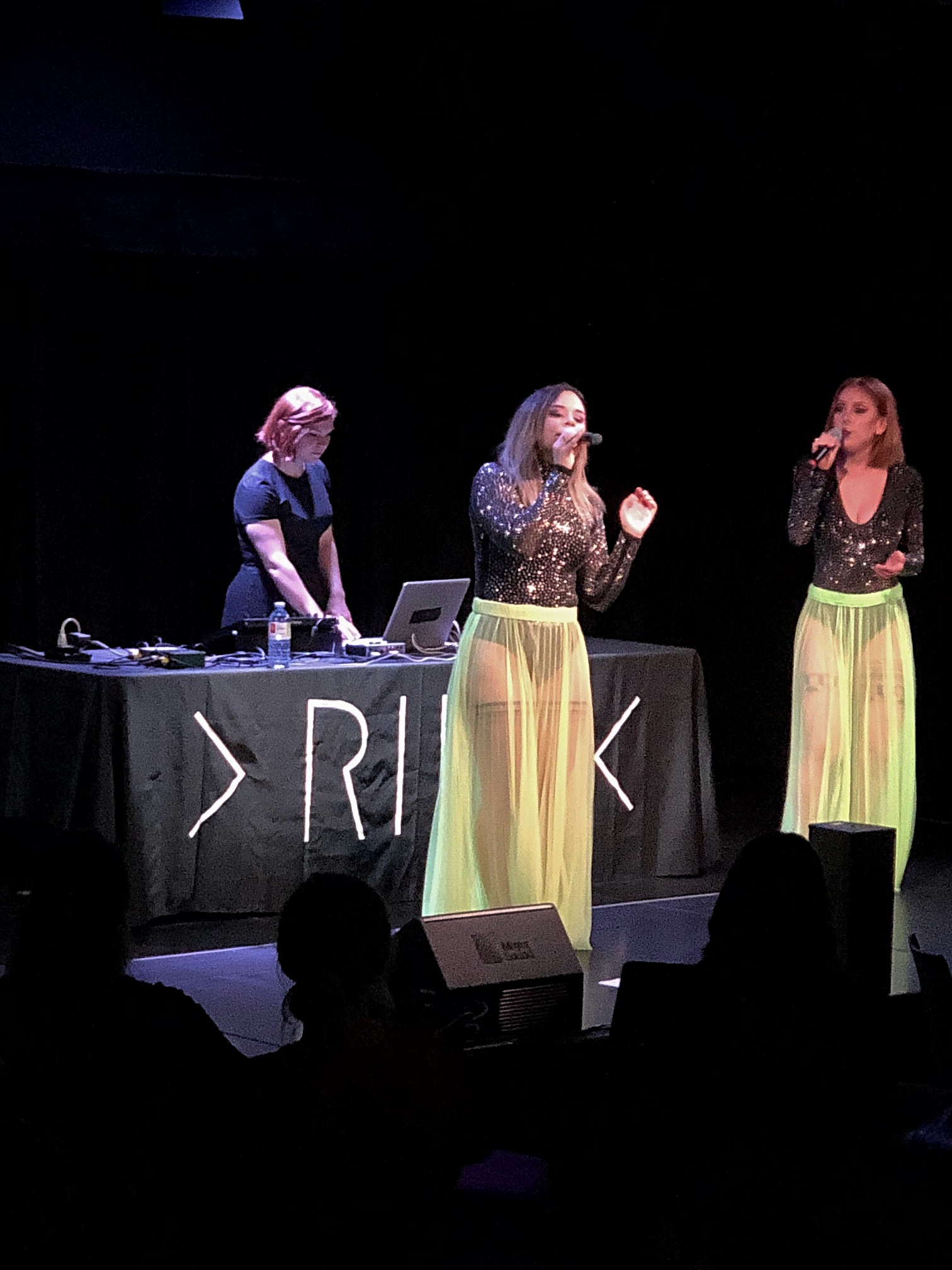 Riit (centre) performs as part of Mòshkamo, an Indigenous arts festival by Ottawa’s National Arts Centre, on Saturday, Sept. 28. Riit and her partner, Alexia (right), led their audience through a night of Arctic electropop, complete with throat singing and Inuktitut lyrics. The two artists even had a throat singing competition—using their fighter names, “Riit the Rock” and “Alexia Anaconda”—and led the two halves of the audience to sing against each other after a quick lesson. Riit opened the concert with the song “Ataataga,” a word that means “my father,” which is also the title of her upcoming album. “I always open the set with that song to honour him,” she said. “He’s a huge part of the reason that I’m doing what I am today.” (Photo by Nadia Kharyati/NAC)