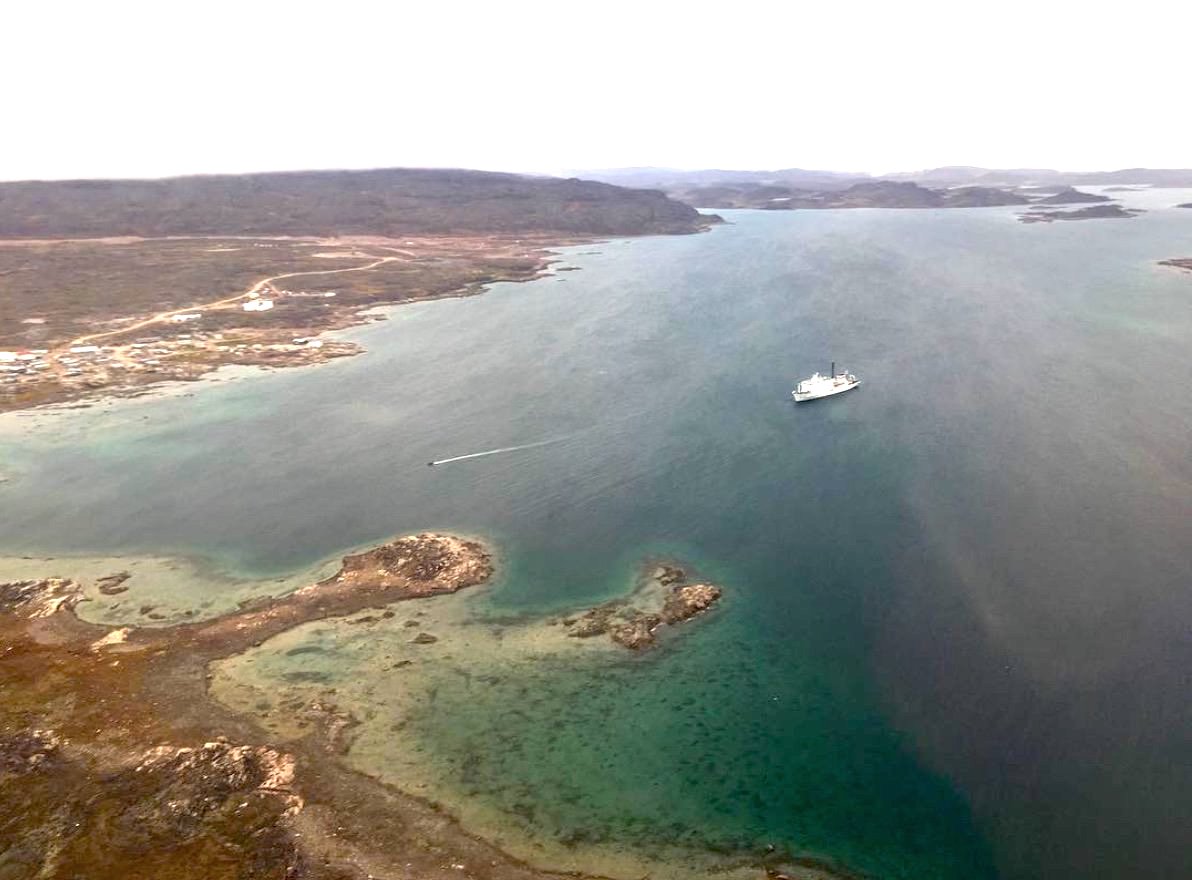 The Transport Safety Board’s investigation into the 2018 grounding of the Akademik Ioffe found safety protocols were overlooked and the crew was travelling in territory unknown to them with limited information. (Photo courtesy of @oceansensing/Twitter)

Navigators of a cruise ship that ran aground in Nunavut three years ago did not have proper mapping for the area it was travelling in, and ignored some safety protocols, an investigation by the Transportation Safety Board found.

The Akademik Ioffe ran aground on Aug. 24, 2018, on a rocky shoal approximately 145 kilometres northwest of Kugaaruk with 163 people on board. The incident caused damage to the boat’s hull and two fuel oil tanks. As a result, the ship dumped around 81 litres of fuel oil into the sea, states the report, which was led by TSB investigator François Dumont.

Passengers were evacuated the following day and there were no injuries. The ship had been charted by One Ocean Expeditions.

The TSB  report, released Friday, provides details of the occurrence, how the ship’s crew responded, and provides recommendations to the federal government on how to avoid similar accidents in the future.

On the day of the incident, the ship’s master altered the ship’s voyage itinerary because of wind and ice conditions. The updated itinerary was sent to the Canadian Coast Guard for approval, which was granted.

The new route included a passage through narrows for which there was no up-to-date mapping, and none of the crew had travelled through the area before, the report found.

The ship’s water-depth alarms had been turned off as it made its way through the narrows, and had been left off as a general practice because they were considered to be a “nuisance,” according to the report. Had the alarms been on, the officer would have had four minutes to try to navigate out of the way of the rocky shoal. Instead, he had 34 seconds.

“By the time the [officer] noticed the decreasing water depth on the echo sounder display, it was too late for the bridge team to take evasive action,” states the report.

The report also found the ship’s captain didn’t sound the alarm after the Akademik Ioffe first struck land. Instead, gave orders over the vessel’s public address system in Russian.

“He considered that activating the alarm would create panic among the passengers and interfere with the crew’s response to the emergency,” states the report.

“Many of the [passengers] were immediately concerned when the vessel ran aground; they heard loud crushing noises and felt vibrations throughout the vessel.”

Lastly, there were no emergency procedures in place for a grounding.

The TSB report calls on Transport Canada and Fisheries and Oceans Canada to implement stricter safety measures in the Arctic, due its “harsh climate, with limited local search and rescue resources.”

The TSB points out the federal government has the authority to require more detailed inspections of passenger vessels that plan to enter the Arctic, disallow passenger vessels to enter coastal waters that are not surveyed, require vessels to have forward-looking sonar equipment and use a “spotting craft” to vet the water ahead before the ship.

“If alternate mitigation measures are not put in place, there is a persistent risk that vessels could make unforeseen contact with the sea bottom, putting passengers, crew and the environment at risk,” states the report.

Over the last 25 years in the Canadian Arctic, three passenger vessels and one chartered yacht have been grounded, the board said, adding that in each case, “voyage planning or execution were significant contributing factors.”

Most recently, in 2010, the Clipper Adventurer ran into a shoal in the Coronation Gulf with 200 people on board. A federal judge ruled against the operator who claimed the ship had struck an unknown hazard.

In 1996, another cruise ship struck the ground in Simpson Strait on its way to Resolute Bay, which the safety board found was due to crew not following a strict plan for navigating through the area.