‘We hope to spread pride in our culture and in who we are as a people. Inuit are the most beautiful people in the world in my heart and in my eyes.’ 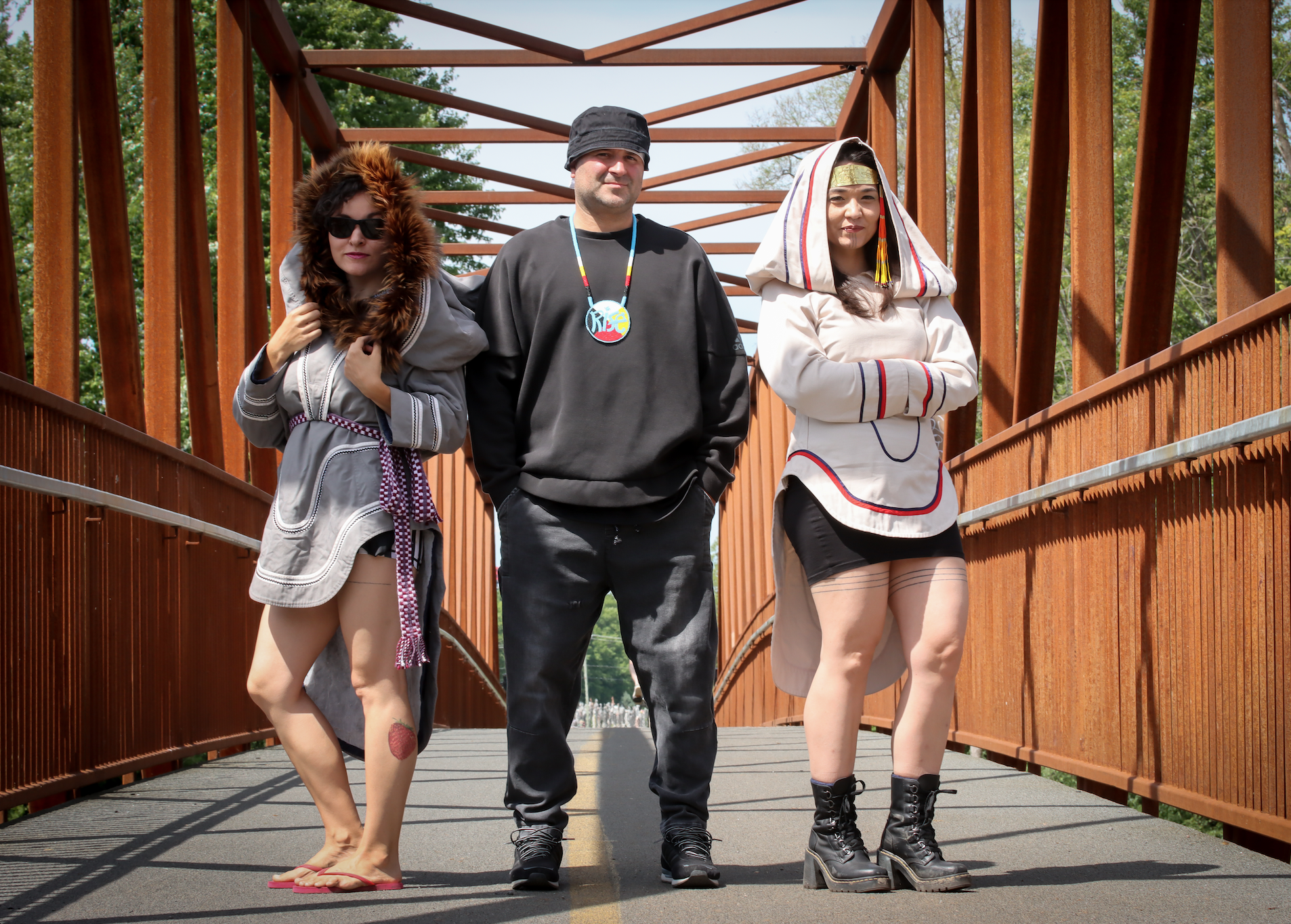 Silla and Rise have been keeping busy this year.

Silla and Rise — made up of Kimmirut’s Cynthia Pitsiulak, Iglulik’s Charlotte Qamaniq, Panniqtuuq’s Charlotte Carleton and Montreal’s Eric Vani, or Rise Ashen — is also working to release their third album by fall.

The Silla — meaning weather — part of the band includes Pitsiulak, Qamaniq and Carleton. Carleton joined the band last year, turning the throat singing part of the group into a trio.

Ashen is the producer and percussionist for the group that started playing music together in 2015 and was nominated for a Juno award in 2017.

Nunatsiaq News recently exchanged emails with the members of Silla and Rise about their music.

NN: How did you all get involved in music?

Rise: I’ve always been a musician since the ’70s when my mom would let me hit pots and pans while she made dinner.

Charlotte Q: I began throat singing with Cynthia Pitsiulak around 2004 after we both moved to Ottawa from Nunavut. From there, we’ve been blessed with many opportunities to create music together and individually with other musicians around the world.

Charlotte C: I grew up with music around me and I’ve always loved expressing myself musically and through dramatic arts. I came across katajjaq — throat singing — at a very young age and taught myself how.

NN: What is the highlight of creating music with this group?

Charlotte Q: Being able to express myself in new and creative ways in a sacred art form that we are preserving for us and our future Inuit generations.

Rise: One highlight of our performances was playing for a super-hype 200-person crowd in a Lavvu (Saami shelter) in the Arctic in Norway. That was definitely the greatest moment for me.

Charlotte C: It’s all the creative content that comes out of us when we are together and how we support each other — also all the laughter and conversations we have.

NN: How did it feel to be named Inuit group of the year?

Charlotte Q: It’s an honour to be nominated in any category, but I felt it was very special to be nominated as Inuit group because we are so proud of where we come from. We hope to spread pride in our culture and in who we are as a people. Inuit are the most beautiful people in the world in my heart and in my eyes. We are very lucky to be Inuit.

NN: What was the process behind the song and video Mother Roots?

Charlotte Q: I wrote this poem many years ago, it is a poem about being connected to our mothers as well as to our Mother Earth and to our roots.

NN: What do you do in your spare time?

Rise: I love to dance, move creatively and to garden.

Charlotte C: Aside from the band, I enjoy being outdoors biking, walking, going on camping trips and spending time with my panikulu.

This Q&A was edited for clarity and length