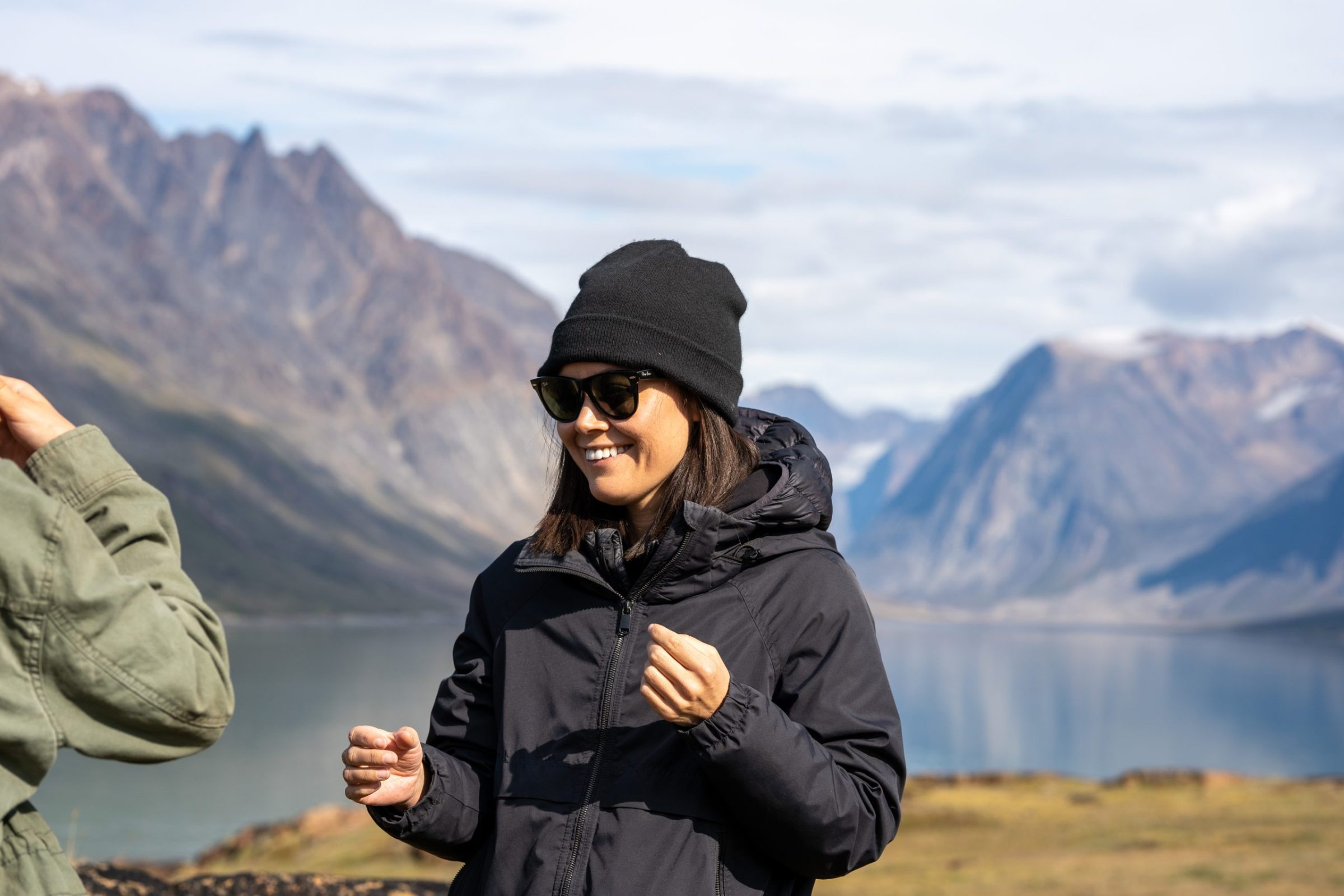 Director Nyla Innuksuk, who will host a master class on July 21 and a workshop from July 22 to 24 for aspiring filmmakers in Iqaluit, is seen here in Pangnirtung on the set of her movie “Slash/Back.” (Photo courtesy Ksenia Stassiouk)

Aspiring filmmakers in Iqaluit will have a chance to learn directly from one of Nunavut’s own directors at two events this week.

Nyla Innuksuk, director, writer and producer of the sci-fi thriller Slash/Back that’s set in Pangnirtung, will host a master class for filmmakers at the Astro Theatre on July 21 at 5:30 p.m. EST.

Titled “Making your great idea a reality,” the class will be open to the public, although attendees are encouraged to register by emailing fit@nunavutfilm.ca to ensure they get a spot, said Nunavut Film Development Corp. project manager Corinne Dunphy in an email to Nunatsiaq News.

Following the open class, Innuksuk will lead a weekend workshop for five Inuit filmmakers from July 22 to 24. Participants will learn how to conceptualize, shoot and edit their own videos with help from Innuksuk and the cast of Slash/Back, Dunphy said.

The three weekend workshops will each last four hours. Space is limited, and people who want to take part can register at fit@nunavutfilm.ca.

Innuksuk, who was born in Igloolik, wrote and directed the alien-invasion film Slash/Back. It tells the story of a group of teenage girls from Pangnirtung who band together and use tools and hunting skills to fight off an alien invasion in their community.

The film premiered June 24 in theatres across Canada.