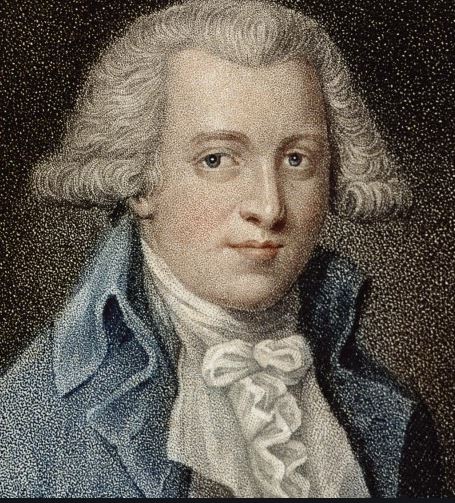 The image is unforgettable: a dying young Inuit woman writhing in pain, her body pierced by spears, while grasping for the legs of a white explorer and begging him for assistance that never came.

And yet the image is only in the mind of the reader, an image formed from the powerful verbal description left by the explorer Samuel Hearne. Surprisingly, his published narrative contains no such illustration.

Yet that mental image captures one of the most iconic events in the history of the North. Popular historian Ken McGoogan calls it “one of the most controversial moments in Canadian history.”

Winston Churchill once wrote, “History will be kind to me, because I intend to write it.” Samuel Hearne got to write the history of this event, and there are no competing versions. As a result, history has generally been kind to Hearne. Generally, but not always.

The names of Samuel Hearne and a Chipewyan Indian man named Matonabbee are inextricably linked in northern history. Their backgrounds could not have been more dissimilar, but despite that, they became friends.

Hearne was born in England in 1745. Orphaned at a young age, like many boys of the time he entered the service of the Royal Navy at the age of 11. In 1766 he joined the Hudson’s Bay Company as mate on a company vessel which traded with the Inuit north of Prince of Wales Fort, built at Churchill in 1717.

The following year he discovered the sad fate of James Knight and the men of an earlier company expedition when he found their remains on Marble Island.

The Hudson’s Bay Company had long faced criticism for focusing its efforts on commercial coastal trade while neglecting the exploration of its inland territory and the search for a Northwest Passage.

Knight’s expedition, which had left England in 1719, had ambitiously aimed to remedy that – he would seek the legendary Strait of Anian which was thought to lead to a Northwest Passage, expand trade, establish a whaling industry, and discover gold and copper mines reported by the Chipewyans.

But Knight and his men were never again seen by white men. After their ships wrecked on Marble Island, they were all dead within two years.

But reports of a copper mine far to the west persisted. Moses Norton, the factor under whom Hearne served, became obsessed by persistent Chipewyan reports of the “far-away metal river.” When they brought specimens of the ore to the fort in 1767, that only fueled Norton’s intention to find and exploit the deposits.

In November two years later, Norton despatched Hearne, described as “diligent and trustworthy but not an assertive character,” with two white servants and a party of Indians, prepared for a journey of up to two years. They were to head northwest and find the copper mines. But the attempt was a disaster and Hearne was back at Prince of Wales Fort before Christmas.

The following year he made another attempt that was also unsuccessful. In September, though, while still making his way back to the post, he met the Indian leader, Matonabbee, who was on his way to Churchill to trade. The two reached Churchill together on Nov. 25. Hearne described the man as the “most sociable, kind and sensible Indian I had ever met with.”

Matonabbee had been born about 1736 to a Chipewyan father and a mother described only as a “slave woman.” Her origins are unknown; she may have been Cree. She had been a slave to an Indian who traded her to the Hudson’s Bay Company at Churchill. Richard Norton, manager of the post, gave her to a Chipewyan man; Matonabbee was their son. Soon after, both parents were dead and Richard Norton unofficially adopted the boy.

But when Norton retired in 1741, Matonabbee, still a child, rejoined his Chipewyan relatives. Eleven years later, in his late teens, he returned to the post and was hired by the company as a hunter to supply game for the company.

At Churchill, Matonabbee learned the Cree language and “made some progress in English,” but felt that Christianity was “too deep and intricate for his comprehension.” Hearne thought him punctual, truthful and scrupulous, possessed of a “natural good sense and liberality of sentiment.” Nearly six feet tall, he was strong, energetic and courageous.

The new manager at Churchill, Ferdinand Jacobs, selected Matonabbee to make peace between the Chipewyans and their long-standing rivals, the western Cree. Matonabbee worked patiently over many years to bring about peace and establish trade between the two groups. During this period he acquired influence and prestige as a middleman in the fur trade. He also acquired at least six wives.

Matonabbee had been to the alleged copper mines in the northwest before and said that he had had friendly relations with the Inuit he encountered there, giving them “small presents of such articles as they [the Chipewyans] could best spare.”

After Hearne’s return from the aborted second journey in search of the copper mine, he spent only 12 days at the trading post before Norton again directed him to take up the search, this time in company with Matonabbee. Hearne’s writings make it quite clear that Matonabbee was in charge.

Hearne later wrote of him in endearing terms, describing his “benevolence and universal humanity to all the human race, according to his abilities.”

This is a remarkable characterization in light of Hearne’s knowledge that Matonabbee had murdered one of his spouses for casting doubt on his ability to satisfy all his wives – Hearne, in an understatement, admitted that the man was prone to jealousy which sometimes took him “beyond the bounds of humanity.” But the characterization is even more remarkable considering the events that happened when the party reached the Coppermine River.

The party travelled west during the winter, then turned northward in April. At Clowey Lake, Hearne was disillusioned when a large group of western Indians joined their party with the expressed intent of murdering any Eskimos that they might encounter at the mouth of the Coppermine. Hearne protested, but to no avail, and eventually gave up, to the point that, amazingly, he wrote in his journal that, “I did not care if they rendered the name and race of the Esquimaux extinct.”

On July 17, 1771, Hearne’s worst fears were realized when the party surprised a camp of Inuit sleeping in their tents near the mouth of the river. That morning Hearne’s Indian guides killed over 20 Inuit — men, women and children. Hearne left a heart-wrenching description of the slaughter:

“The shrieks and groans of the poor expiring wretches were truly dreadful; and my horror was much increased at seeing a young girl, seemingly about 18 years of age, killed so near me, that when the first spear was stuck into her side she fell down at my feet and twisted round my legs, so that it was with difficulty that I could disengage myself from her dying gasps. As two Indian men pursued this unfortunate victim, I solicited very hard for her life; but the murderers made no reply till they had stuck both their spears through her body and transfixed her to the ground. They then looked me sternly in the face, and began to ridicule me, by asking if I wanted an Esquimaux wife; and paid not the smallest regard to the shrieks and agony of the poor wretch, who was twining round their spears like an eel!”

Hearne was unable to prevent the massacre. Matonabbee made no attempt to stop the carnage and participated willingly in it. Hearne named the spot Bloody Fall, a name which eventually morphed into Bloody Falls. It is near present-day Kugluktuk. The name lives on in infamy today.