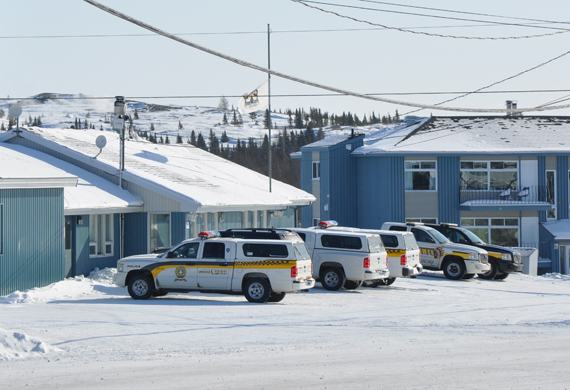 The Sûreté du Québec is investing the cause of a March 10 fire in Kuujjuaq in which a person was found dead. (File photo)

The Sûreté du Québec is investigating a fire at a garage in Kuujjuaq in which a person was found dead.

The fire occurred on March 10 at around 4:30 a.m., said Sgt. Hugues Beaulieu, a spokesman for the provincial police force,

After the fire was extinguished, police and firefighters investigated the scene, Beaulieu said. When they found a body, the case was sent to provincial police to investigate.

“We sent a technician to the scene of the fire to establish the causes and the circumstances of the fire,” Beaulieu said.

Beaulieu said the investigation should determine if the fire was accidental or intentional. At this point, police have not identified the person who was found dead, and no arrests have been made, he added.