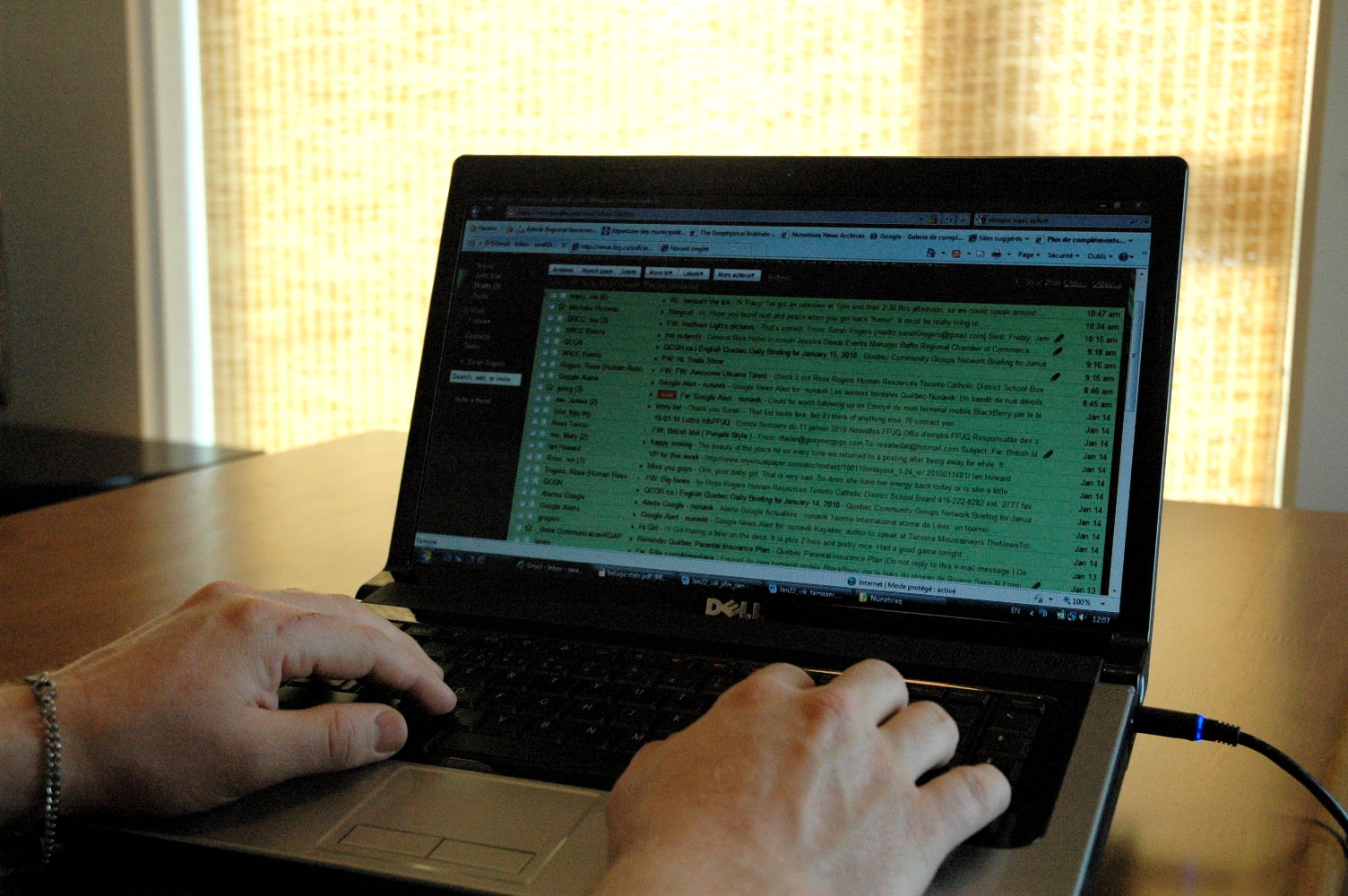 Are you tired of getting poor internet service in Nunavut? SSi Canada and Qikiqtaaluk Corp. have teamed up in the hope of providing some relief. (File photo)

There might be some relief on the way for all those internet and mobile phone users in Nunavut who are fed up with incessant outages and network slowdowns.

That could happen if a consortium formed by SSi Canada and the Inuit-owned Qikiqtaaluk Corp. is able to move forward on a 10-year plan for creating better internet access in the Canadian Arctic.

“It’s about putting in facilities not only for today, but for the future, in terms of improving connectivity,” said Dean Proctor, the chief development officer for SSi Canada.

SSi Canada, formerly known as SSi Micro, is the operator of Nunavut’s Qiniq and SSi Mobile networks. QC is the business arm of the Qikiqtani Inuit Association.

In turn, that company is partnering with SSi in an entity they’re calling the “Panarctic Consortium.”

At that meeting, Inuit delegates from around the circumpolar world formed a consensus that a circumpolar Inuit-owned telecom should be created.

“So the idea of Panarctic came to be and QC took the lead on basically putting in the submissions to become a telecom,” Nimchuk said.

In the longer term, Nimchuk said they’re prepared to look at both undersea fibre optic cables and low-earth-orbit satellites, but fibre optic development is “a bit out there in time.”

“In terms of the fibre, we’ve had discussions about the opportunities to utilize the interest in global underwater cabling to address the demand and global need for data. So that’s sort of a longer-term opportunity that we believe is possible,” Nimchuk said.

And that new telecom would be majority Inuit-owned, he said.

To that end, Dean Proctor said SSi will move into “a minority position” within the entity.

“A very important component of this is Inuit training and local jobs. Over a 10-year plan, we’ve put out plans for internships, for local jobs, for local training, local management for local operations,” Proctor said.

To help pay for that 10-year plan, the QC-SSi consortium is seeking money from the CRTC’s Broadband Fund. That’s the $750-million, five-year fund from which $62.4 million has recently been awarded to four Northwestel projects in Yukon and the Northwest Territories.

One is to provide “immediate relief” for Nunavut telecom customers, in the form of additional satellite capacity.

The second is to build gateway facilities in each community to prepare the way for the eventual arrival of fibre optic cables and low-orbit satellites.

“There’s a need for gateway facilities that will not only allow for the existing satellites that come in to the community, but new satellites, low-earth-orbit satellites, and also a landing place where fibre can come in, where and when fibre does arrive,” Proctor said.

That’s the essence of SSi’s longstanding Qimirluk proposal, the first version of which they produced in 2015. Under it, a community-based hub, built inside a single structure, would support a long list of telecom services and be able to connect to satellite, fibre or microwave.

That hub would act as a common facility and all competitors, large and small, would gain equal access to it.

“You allow local competitors to tap into the local gateway facility so they can access the backbone at the best possible pricing,” Proctor said.

The common facility, equal-access approach stands in sharp contrast to what Northwestel, owned by telecom giant Bell Canada, is accused of offering in Nunavut.

Northwestel received $49.9 million from the federal government in 2017 to help pay for the satellite-based service expansion they call “Tamarmik Nunaliit.”

That system, running on bandwidth supplied by Telesat’s new T-19 satellite, is now up and running.

But since its launch, many Nunavut customers have become bitterly disappointed in Northwestel and its sister company, Bell Mobility. Since July, numerous customers have taken to social media to complain the service isn’t working.

I am making my email to @Bell public to keep them accountable. I told them I’d be vocal about this. I have nothing but respect for their workers and I like their service generally. I know that I am not the only one affected & recognize my privilege. It affects us all. @CRTCeng pic.twitter.com/W8d9Gmc4da

And Nunavut Senator Dennis Patterson, in an op-ed recently published in Nunatsiaq News, has accused Bell and Northwestel of using federal government funds to create a monopoly.

“This massive contribution of public funds has enabled Bell/Northwestel to essentially corner the market,” Patterson said.

For now, SSi and QC are still waiting for a response to the applications they’ve submitted to the CRTC’s Broadband Fund.