Stories we loved to tell: Nunatsiaq News reporter David Lochead recounts one of his favourite assignments of 2021 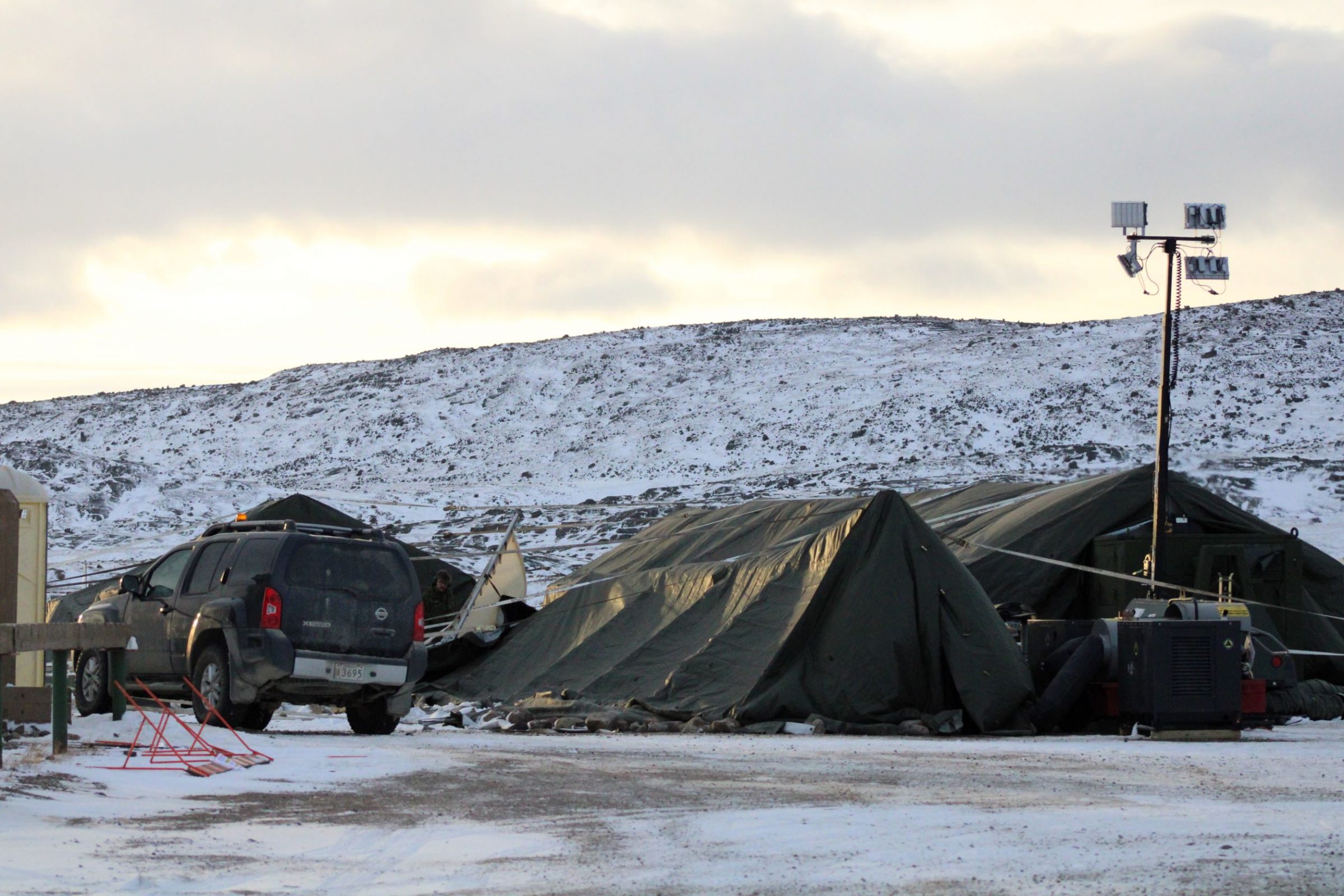 The military’s water purification off the Sylvia Grinnell River was suspended on Nov. 24 after high winds snapped a tent frame. (Photo by David Lochead)

Since I’m about to describe a story that’s not very feel-good, I’ll start with a clarification. This is the story I thought was one of the most important that I told this year — not that I loved that the event itself happened.

My story is the suspension of the military’s water purification operation on the Sylvia Grinnell River during Iqaluit’s water emergency.

High winds off the Sylvia Grinnell River on the night of Nov. 23 snapped a tent frame at the military’s water purification site, forcing the suspension of this operation the next day on Nov. 24.

The tents were used to heat the potable water it was covering. With winds constantly moving the tents, continuing the operation became untenable after a tent frame snapped.

Breaking the story of the military’s water operation discontinuing was important because Iqalummiut had been depending on this potable water for the water crisis the city was experiencing.

On Oct. 12, the Government of Nunavut ordered Iqaluit residents to not consume their tap water, as diesel fuel had been found in the city’s water supply. From that date on, people had been receiving bottled water or water from the Sylvia Grinnell River that needed to boiled before using.

The military arrived with a reverse osmosis water purification unit on Oct. 23 and had it running on Nov. 10 at the Sylvia Grinnell River.

Through the reverse osmosis process of purifying water, Iqalummiut could receive clean water at water-filling stations.

Losing that machine meant losing an integral part of the city’s water supply during an emergency.

Nunatsiaq News was the first publication to report the suspension of the military’s water purification operation and while I who wrote it, I did not break this story myself.

Another reporter at our publication, Mélanie Ritchot, was one who learned something may have happened at the military’s water purification site. Since I was the reporter who had been writing the stories on the military’s operation up until this point, I followed the tip to write the story.

The military was quite accessible in detailing what had happened, as Maj. Susan Magill spoke to me early in the afternoon. That access made the largest challenge writing my story quickly and accurately so Iqalummiut could know what had happened to an important part of their emergency water supply.

The role of that water operation to the city and being able to report on its suspension is why I felt it was one of the more important stories I told this year.