Surface of Greenland’s ice sheet could lose more mass than it gains by 2055, new study says

But if strong measures are taken to prevent the rise of global temperatures, the negative threshold could be avoided 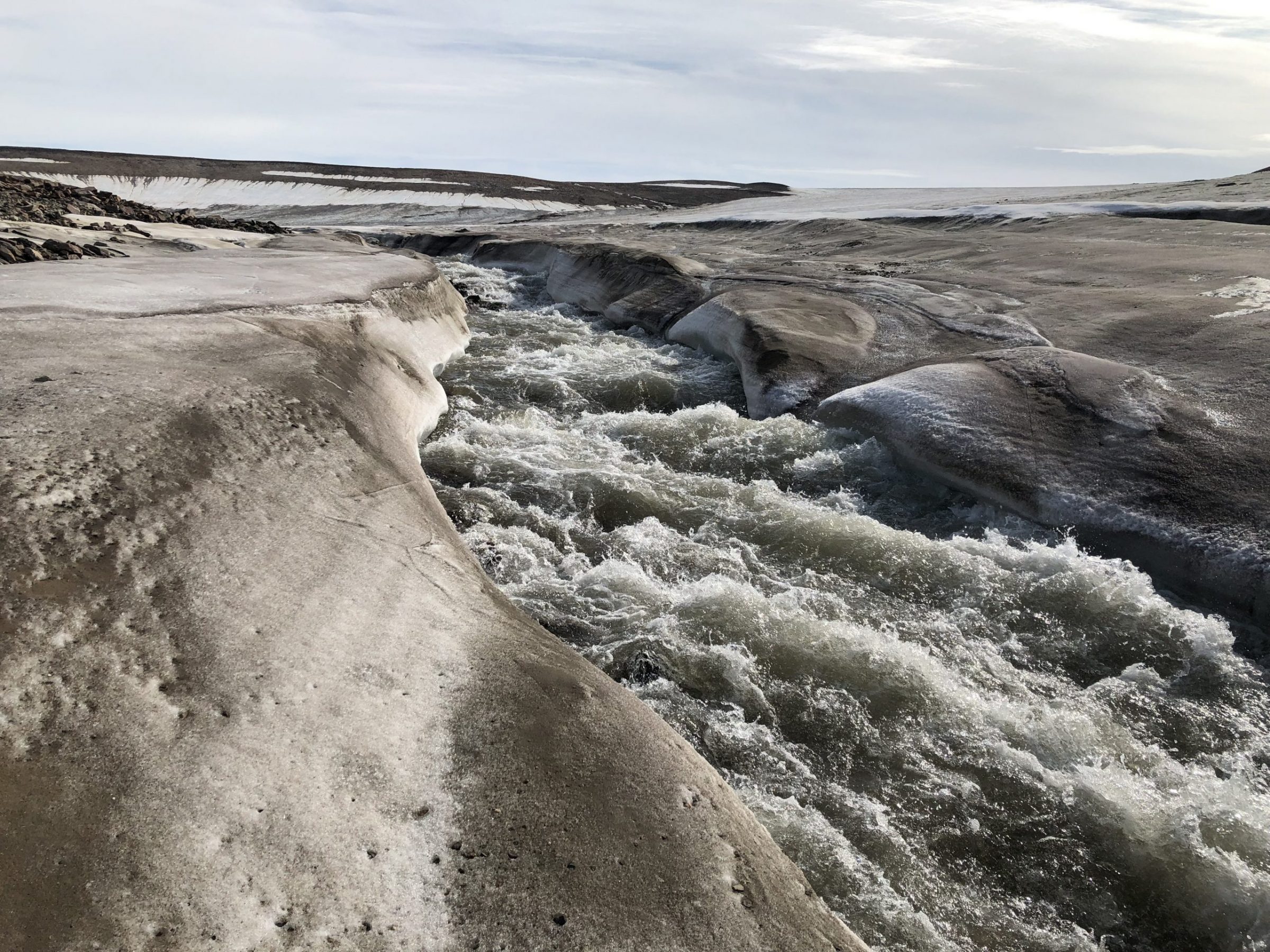 If global warming continues unabated, the surface of the Greenland ice sheet may start losing more mass than it gains every year by 2055, new research finds.

Glacial melt due to rising temperatures will be greater than snow accumulation within the next three decades under the worst-case emissions scenario, according to a study published in the journal Geophysical Research Letters.

The findings, which were based on cutting-edge climate models, confirm previous studies predicting ice sheet loss by the middle of the century.

However, if strong mitigation measures are taken to curb the rise of global temperatures, the ice sheet may not reach this negative threshold, the study found.

“We wanted to know, when does the surface melt actually increase to such levels that it can no longer be replenished by snowfall?” Dr. Leo van Kampenhout, one of the study’s authors and a climate modeler at Utrecht University, told ArcticToday.

“If you follow the high-warming scenario, then by the middle of the century this [surface mass balance] would become negative. And this would mean that if warming stays at that level or even increases, then there is no way the Greenland ice sheet will come back,” he said.

Once the ice is melting faster than it is replenished, it will steadily lose mass, he said.

The worst-case scenario would involve a temperature increase of 4.5 degrees Celsius in Greenland, or 2.7 degrees Celsius globally, since the Arctic is roughly warming twice as much as the rest of the world.

Under lower-end scenarios of temperature change, however, the ice sheet did not begin losing mass in this century.

“In the low-warming scenario — and that is more or less equivalent to 1.5 or 2 degrees of warming — then according to our calculations, we do not pass this threshold point,” Kampenhout said.

Up until now, mountain glaciers have been outsize contributors to glacial melt and sea-level rise, even though they account for only about 1 percent of the world’s land ice, said Dr. Gabriel Wolken, a glacier specialist with the Alaska Division of Geological and Geophysical Surveys and the lead author of the glaciers chapter in the 2020 Arctic Report Card.

But in the future, the role of mountain glaciers will diminish. “As those get smaller and smaller, then there is less mass to contribute to runoff,” he said.

Instead, the role of ice sheets on Greenland and Antarctica will increase.

Dr. Thomas Slater of the University of Leeds, the lead author of a recent study on global ice loss, agreed that in the future, the ice sheets will likely overtake mountain glaciers to dominate ice mass loss.

“Out of all the regions that store ice on earth, the Antarctic and the Greenland ice sheets may accelerate the fastest,” he said.

According to the 2020 Arctic Report Card, a melted Greenland ice sheet could increase sea levels by 7.4 meters. The 2018–19 season saw a new record of annual mass loss, “marking a dramatic change” from the year before, the report’s authors noted.

When people think of sea-level rise, they often think of water inundating coastal areas. “But that’s not the immediate threat,” Slater said. Even a few millimeters make flooding events more likely, he said.

“When you have extreme weather, say extreme winds or storms, superimposed on top of the higher-than-average sea level, you need a less severe weather system to make flooding become likely.”

Greenland is losing ice both from surface melt and from glacier discharge. While this study focused on the effect of global temperature changes on the surface melt of the ice sheet, it did not analyze the discharge of glaciers into the ocean and drainage from under the sheet.

In order to get a fuller picture of the health of the ice sheet, Kampenhout said, studies of the flow of ice are also necessary.

Kampenhout said the new study shows the importance of taking action to reduce temperature increases before the ice sheet passes the threshold of loss.

This study relied upon newly updated climate models, including a very high-resolution regional climate model that closely recreated the specific conditions around Greenland.

Even so, it confirmed previous findings arrived at using less-accurate models.

“This estimate actually doesn’t differ very much from previous studies, which I think is good because it shows that the previous studies were pretty accurate themselves,” Kampenhout said.

“We were actually kind of surprised that it was in line with other studies, because we did expect that by using a high-resolution climate model, we would generate more melt — this is normally what you see when you use a high-resolution model,” he said.

And, he said, their study shows the difference that curbing temperature increases can make. “There is still a huge difference between the different scenarios,” Kampenhout said.

The study confirms that taking action could keep the ice sheet intact, he said. “We have the chance of stabilizing it.”