Changes could affect land use on a third of the country, mainly in the north 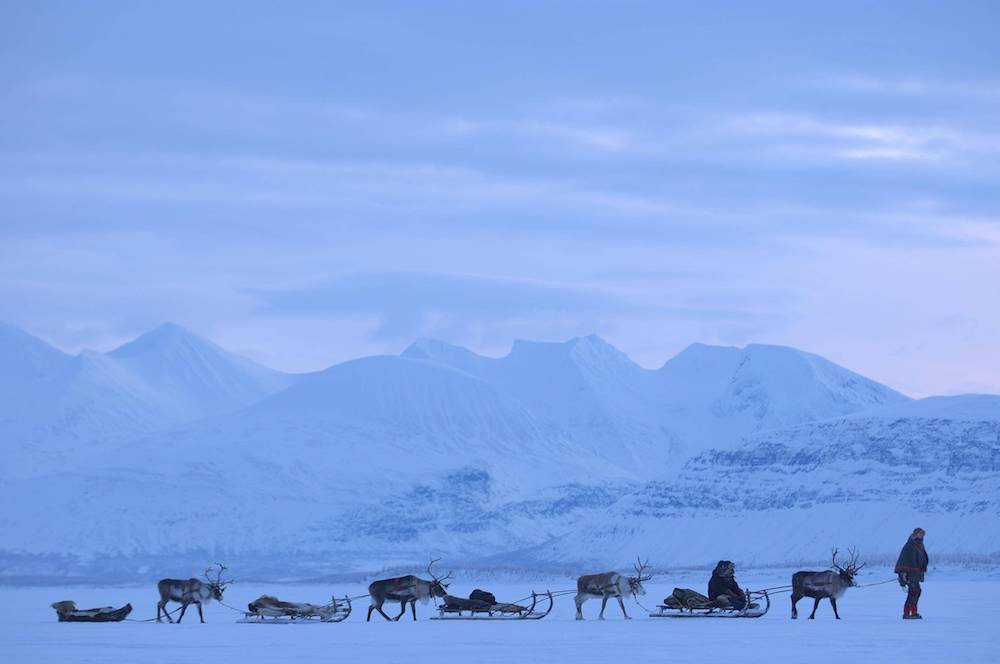 A Sámi herder in northern Sweden. Current Swedish law grants Sámi the right to practice traditional activities, including the exclusive right to reindeer herding in approximately one third of the Swedish territory. (Staffan Widstrand / imagebank.sweden.se)

Sweden’s government says it will begin looking at ways to revise that country’s 1971 law regulating reindeer husbandry after a supreme court decision this January suggested that Sámi reindeer-herding groups should be granted the sole right to regulate small-game hunting and fishing access in an area that covers a third of the country.

“The decision was incredibly complex, and drew on an incredibly complex legal background, but after looking at it, we’ve decided that it could have consequences for other Sámi herding associations, Sámi who don’t belong to herding associations and for non-Sámi who fish and hunt for small game,” Jenny Nilsson, the rural affairs minister, said in a statement last week.

This autumn, the government will meet with Sámi representatives to discuss how the review should proceed. The review is in keeping with past calls by Sámi groups to modernize a law they consider outdated and discriminatory. However, representatives for reindeer herders said they were disappointed by the decision to include the input of hunters’ associations, human rights organizations and wildlife-management authorities and other non-Sámi groups as part of the preparations.

Nilsson argued that doing so would add credibility to the review process and help lead to a fair decision, but Åsa Larsson Blind, who chairs Svenska Samernas Riksförbund, a lobby group for herders, argued that it was “unacceptable” to include other groups in discussions about a law that applied solely to herding associations and their land-use rights.

“This isn’t the actual review we are talking about,” she said. “These are the preparations to determine how the review will proceed, and I consider that first and foremost a Sámi matter.”

The supreme court decision was the culmination of a 10-year legal battle brought by the Girjas Sameby, one of a total of 51 organizations of Sámi herders that are granted the right to graze reindeer in a defined area.

The decision applied only to the Girjas Sameby, but other associations saw it as a precedent they could use to obtain the same right to regulate hunting and fishing in the areas where they hold land-use rights without going through the courts.

However, last week’s announcement comes after Talama Sameby, citing the Girjas decision, requested in May that authorities in Norrbotten county stop issuing hunting and fishing permits. The request was eventually declined on the grounds that only courts or lawmakers could change existing regulations, which, county director Johan Antti noted, was preferable to an administrative decision.

“We have to abide by the regulations, and they don’t permit us to act on the request,” Antti said.

Until the rules are changed, he wrote, the county is obliged to continue to issue permits.