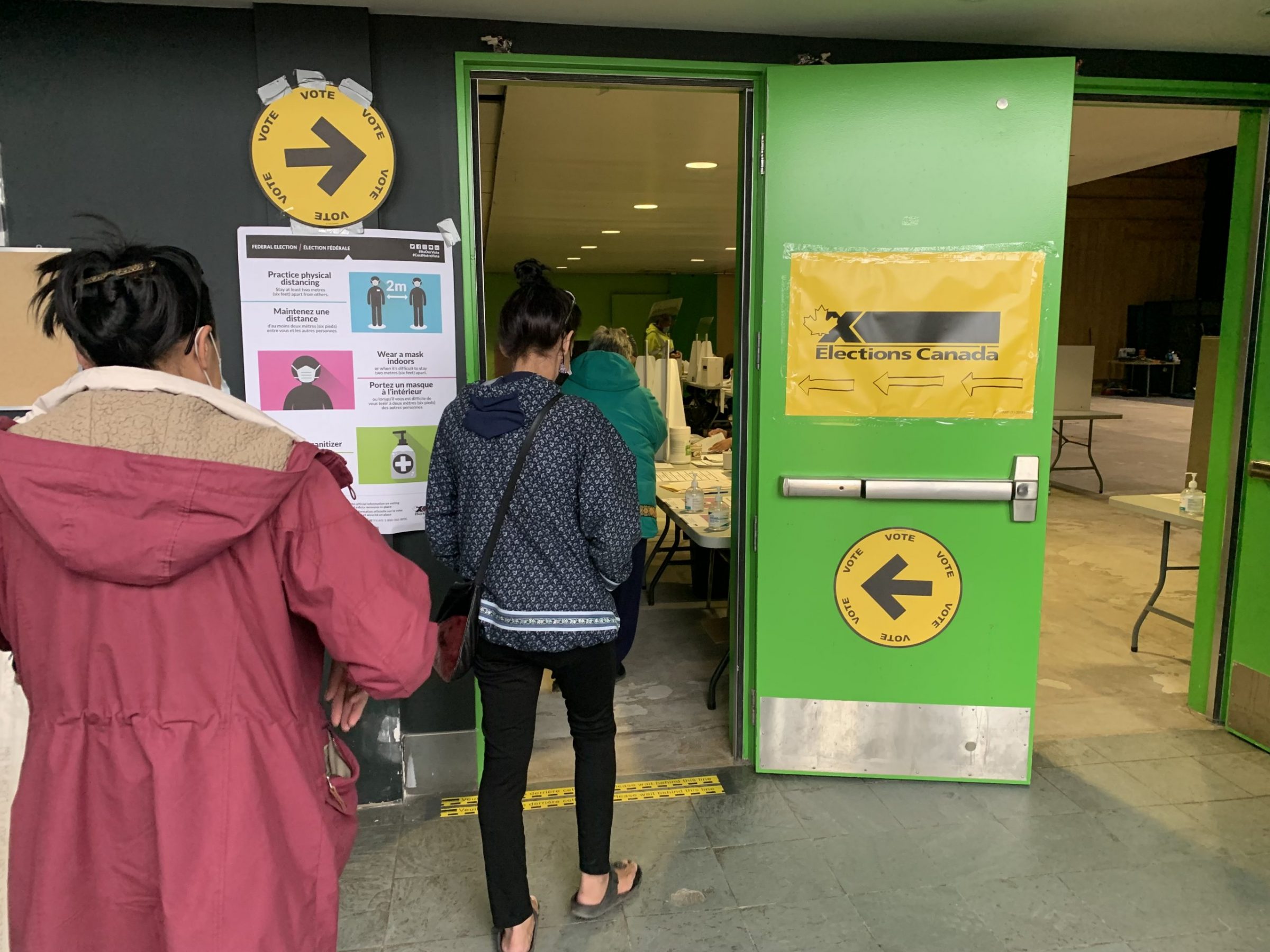 Kuujjuaq voters are seen heading to the polls during the Sept. 20 federal election. (Photo by Malaya Qaunirq Chapman)

Bloc Québécois candidate Sylvie Bérubé committed to spending time in Nunavik and working directly with Indigenous communities after claiming victory in the Abitibi–Baie-James–Nunavik–Eeyou riding that includes the Nunavik region, though ballots were still being counted late Monday night.

Bérubé was seeking a second term as member of Parliament in the sprawling Quebec riding that includes Quebec’s Nunavik region. She was first elected in 2019, and was unable to visit that part of the riding before the COVID-19 pandemic hit.

After the polls closed, Bérubé went live on Facebook from her campaign headquarters in Val-d’Or, thanking her supporters. After the results were announced on TV, she went around the room hugging and high-fiving those in attendance, before they broke out into a brief “Olé, Olé, Olé” chant.

Bérubé said that she promised to visit Nunavik during the coming months in a French interview with Nunatsiaq News.

“It wasn’t that I didn’t want to visit Nunavik and the north of Quebec,” Bérubé said, citing concerns about bringing COVID-19 to Indigenous communities.

“My goal is to make it to Nunavik, spend a few days there as soon as I have the chance, so I assure you that I will go.”

Bérubé said that working with Indigenous communities is a priority upon resuming her mandate and she promises to work directly with nations.

“Once everything with the election has wrapped up, we’re going to get straight to work, nation-to-nation with Indigenous communities,” she said.

Bérubé thanked her campaign staff and supporters, while also offering some reassurance to people in her riding that she would be a voice for them in parliament.

“Be assured that we will be allies, and we will be deployed for these issues in Ottawa,” she said.