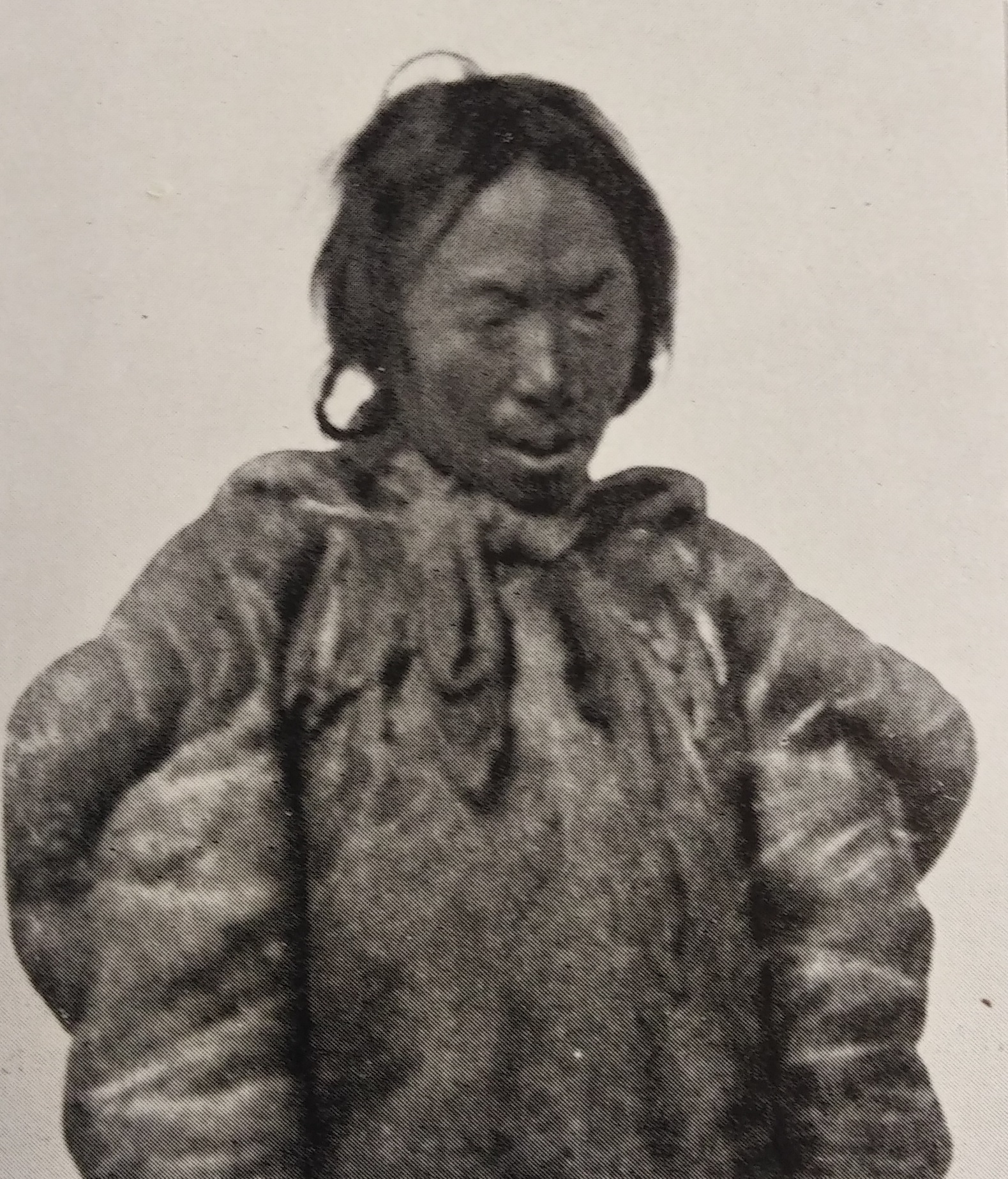 Tagurnaaq, wife of Palluq, a garrulous woman from Iglulik who told Rasmussen the tales of her people. (Photo from Knud Rasmussen, Intellectual Culture of the Iglulik Eskimos, Report of the Fifth Expedition, Vol. VII, No. 1, 1929)

This is a story from the Fifth Thule Expedition.

In the last instalment I wrote about the beginnings of the Fifth Thule Expedition, the establishment of its headquarters, Blæsebælgen, on Danish Island near Naujaat (called at the time Repulse Bay), and a trip made by leader Knud Rasmussen with Peter Freuchen and the Inughuit hunter Poorsimaat to the trading post at Naujaat.

On the way back to Blæsebælgen, Rasmussen and his party chanced upon an old woman jigging for trout. She had heard nothing of the arrival of Rasmussen’s party in the district so she was naturally frightened at the encounter. The cut of the strangers’ clothes, their sleds, the harnesses of their dogs, and even their speech was different from what she was familiar with. But her apprehension disappeared when Rasmussen explained that he came from a land beyond Tununiq, the name by which she knew far-off Pond Inlet, from a country “beyond the great sea that washed the shores of Baffin Land.”

She had been to Tununiq and had met Scottish whalers there. From them she had heard of Greenland and of the people there who spoke her language. By then unafraid, she warmed to her visitors, and invited them to make themselves at home in her snowhouse, one in a village of three near where they met her. She told the strangers that she and her husband had moved from Iglulik to the Naujaat area to be nearer to white men and the goods one could acquire through bartering with them.

The old lady’s name was Tagurnaaq. It meant “the one who is shy of strangers,” but, she informed her new friends, she was just the opposite – indeed, the woman chattered incessantly. She told Rasmussen that she would much rather talk than listen. Rasmussen was happy to hear it – he would much rather listen, especially as Tagurnaaq was a true Iglulingmiut. Her people, of all the Inuit on the west coast of Hudson Bay and Foxe Basin, had had the least interaction with non-Inuit. Rasmussen later wrote that she was the first of all the Inuit he met whose confidence he felt he truly gained.

So pleased was Tagurnaaq at her discovery of these strangers in her land that she immediately composed a song in their honour:

“The lands around my dwelling

When it is given me to see

All is more beautiful.

All is more beautiful.

And life is thankfulness.

These guests of mine

Tagurnaaq recounted the story of her life for Rasmussen. It was a tale filled with the joys of summer, the privations of winter, starvation, shamanic ritual, births and deaths, marriages happy and miserable, and bereavements.

She told the story of Ataguttaaluk, which she called the worst thing she remembered, “when I found a woman who had eaten her husband and her children to save herself from starvation.”

Introducing that tragic episode helped her to put her own eventful life in perspective.

“In the course of my life, from childhood to old age, I have seen many lands, and lived in many different ways,” she said. “There were times of abundance, and times of death and want.”

Tagurnaaq’s husband, Palluq, was the opposite of his wife; he was “a quiet and persevering hunter and a good traveller.”

Palluq was a shaman as was his wife, and Rasmussen learned much from the couple about traditional beliefs. In modern parlance, we might say that, for an ethnographer like Rasmussen, Tagurnaaq and Palluq were gold. 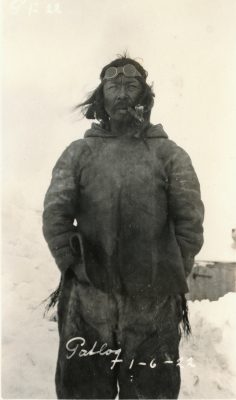 The couple soon relocated to Danish Island and remained with Rasmussen through the rest of the winter. The Dane hunted often with Palluq and came to know and understand him well. He thought the man to be of a “humble, religious turn of mind.”

A fatalist, Palluq felt that “only by the most ingenious system of taboo, with propitiatory rites and sacrifices, could the balance of life be maintained.”

From their intimacy, the ethnographer formed some conclusions about the inner philosophy of the people and the qualities inherent in their legends and beliefs:

“I could not but think, many a time, how unjust it is to accuse ‘primitive peoples’ of being only concerned with their food and how to get it with the least trouble. True, they say themselves that a man’s only business is to procure food and clothing, and while fulfilling his duties in this respect he finds, in his hunting and adventures, the most wonderful experiences of his life. Nevertheless, men may be to the highest degree interested in spiritual things; and I am thinking here not only of their songs and poems, their festivals when strangers come to their place, but also of the manner in which they regard religious questions, wherein they evince great adaptability and versatility.

“This it is which always gives their accounts that delightful originality which is the peculiar property of those whose theories are based on experience of life itself. Their naturalness makes of them philosophers and poets unawares, and their simple … orthodoxy gives to their presentment of a subject the childlike charm which makes even the mystic element seem credible.”

These were among the lessons that Rasmussen learned from Palluq and his wife, Tagurnaaq.

It was not only Rasmussen whom Palluq assisted. In 1923 he, accompanied by his wife, acted as guide for the expedition’s archeologist, Therkel Mathiassen, when he left Blæsebælgen and travelled over north Baffin Island to Pond Inlet to continue his own research into what came to be known as the Thule culture.

In 1972, Kivalliq elder Louis Tapatai told Inuktitut magazine about Palluq and Tagurnaaq. Tapatai, born in 1905, was married to Palluq’s daughter by a former wife. He remembered Palluq as a powerful shaman, but yet a “very lovable, and a very interesting man” with strong dogs able to haul heavy loads. He described the couple, Palluq and Tagurnaaq, as “fun to be with… They had no enemies and were always very happy.”

Tapatai remembered, “Palluq used to play with polar bears because he was so brave and powerful. One day while he was playing with the bears, he slipped and fell on the ice. He received three large scratches on his arm. He used to show us the scars to prove it.”