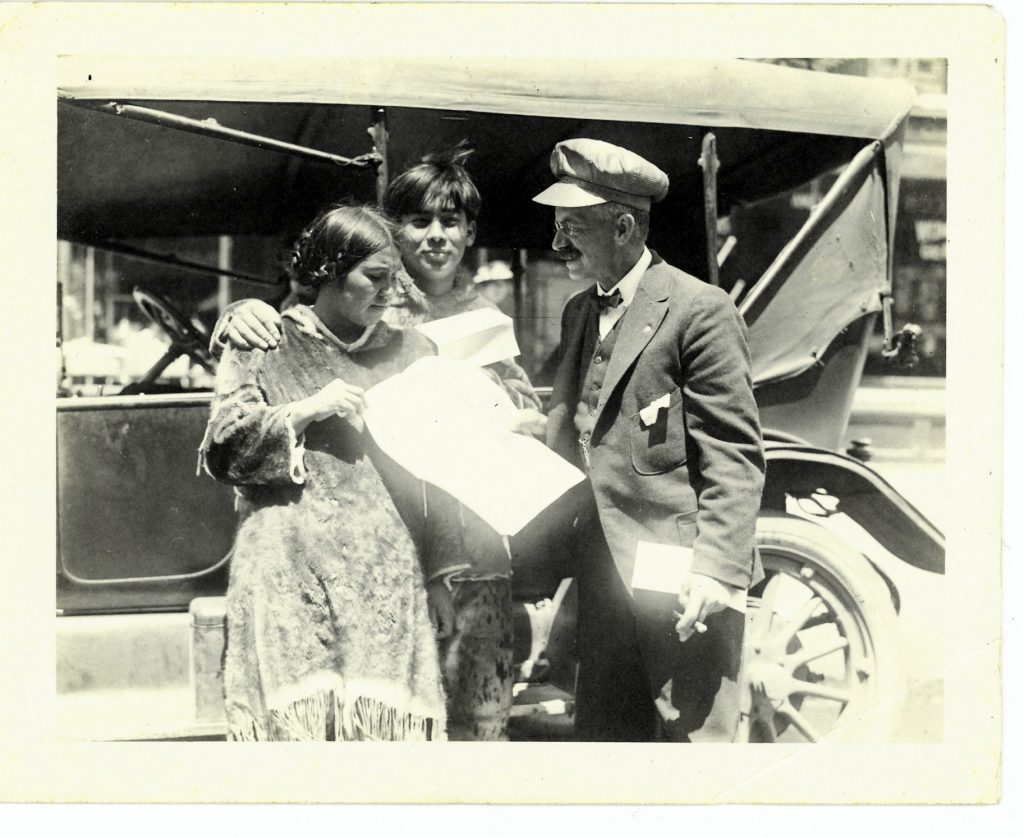 Most of my readers know that I have been researching the life of an Inuit woman, Nancy Columbia, born at the Chicago World’s Fair in 1893.

After a childhood spent travelling the world in ethnographic exhibitions, and a stint at movie-making, Nancy and her extended family—her mother Esther from Labrador, step-father, and four siblings—settled down in Santa Monica, California.

In 1915, the explorer and trader Joseph Bernard—after whom Bernard Harbour in the Kitikmeot region of Nunavut is named—decided, in his own words, “to put on an Eskimo show at the Exposition going on in San Francisco.” That was the Pan Pacific International Exposition, which opened in that city on Feb. 20, 1915.

There Bernard met “a chap from Venice” who convinced him that there was more money to be made with a show on the Ocean Park Pier. The “chap” was John Smith, husband of Esther Eneutseak and step-father of Nancy Columbia, who had made some appearances at the exposition.

“Venice” was Venice Beach, an area bordering Santa Monica, and which morphed into Ocean Park.

That summer Bernard set up an “Eskimo Village” at Fraser’s Pier on the beach at Ocean Park. He had probably brought Inuit from Alaska to his Arctic show in San Francisco, and it was a simple matter to relocate them to Ocean Park.

They may even have been from Siberia, for Joe Bernard travelled there occasionally from Nome in his famous vessel, Teddy Bear.

In 1908, a different promoter, Amos Milton Baber, had brought a number of “Eskimos,” said to be Siberian Yupik, to Seattle for an exposition the following year, so it is not inconceivable that Bernard brought Siberians as well. But, Siberians or Alaskans, we don’t know much about them.

There were at least five Alaskans—let’s call them that for now—appearing alongside Nancy and her family, whose origins were in Labrador. I have the names (or stage names) of three of them.

One was a tall, handsome young man who was called Kauvechka. Another was a young woman, Selalok (sometimes spelled Selalox), and there was an older gentleman called Doc Sam, or sometimes Samuel Doc or even Samuel Dock.

They all feature prominently in a postcard from Ocean Park Pier in 1915. The reverse of that card says that “Capt. J. C. Smith” is the “Proprietor and Manager” of the exhibition, and goes on to say “For Rent or For Sale. All kinds of Fur Rugs and Skins of every description, large and small, also Wolf Teams and Dog Teams, Sledges and everything to make up a good Show or Arctic Picture.” 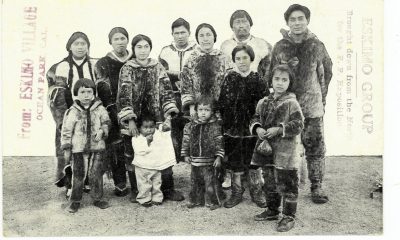 Kauvechka, the tall, handsome young man and the end of the back row on the right, at Ocean Park near Venice Beach, California, in 1915. (Harper collection)

This area was not far from Hollywood and the silent movie industry was already important there. A genre of movies called “northerns” or “snow pictures” were popular.

They purported to be made in the Arctic, but many were actually made in the California mountains not far from Santa Monica. The Inuit from Ocean Park Pier also worked in some of these motion pictures.

But I thought it was worth checking in official records. If they were legally married, I thought, there would have to be a record of it, and it would have to use their “real” names, with surnames. At least that’s what I thought.

I made the long drive to the Los Angeles County Clerk’s office. There, sure enough, I discovered their certificate of marriage, dated Aug.9, 1915.

But, to my surprise, the groom’s name was given only as Kauvechka—with no surname. The same held true for the bride, named only Selalok. I was disappointed at the lack of surnames, and the records clerk was surprised! Their ages were given as 21 and 18.

A little perjury goes on in the other information provided on the certificate. They both claim to be from Labrador—they most definitely were not—and to have Labrador-born parents.

So the wedding was real. It had not been staged just to sell tickets at the dance pavilion.

The Ocean Park Pier was destroyed by fire in late December 1915, and with it the “Eskimo Village.” The promoters did not rebuild the attraction. Nancy Columbia and her relatives remained in Santa Monica.

But what happened to Kauvechka and Selalok after their time there? Did they return north to Alaska and Siberia? Or did they remain in the USA—where I have been unable to find any historical record of them?

They are a sidebar to my story of Nancy Columbia. But I’d still like to know what became of them. Do any Alaskan readers have any knowledge of them?