The execution of Private Henry 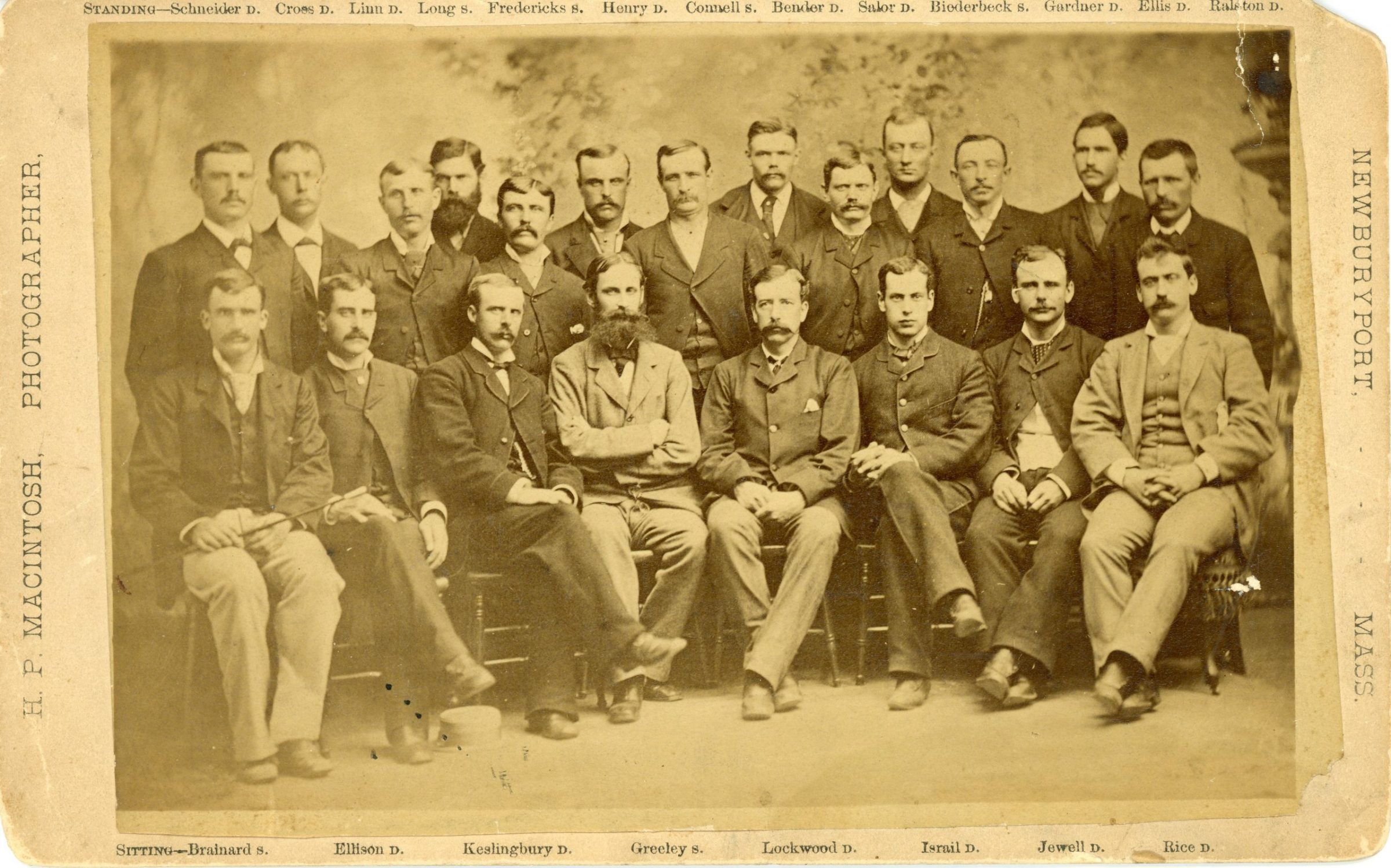 Most of the participants in the expedition. Greely is the bearded man in the front row. Private Henry stands immediately behind him, eighth from the left. (Greely’s name is spelled incorrectly.) (Photo from the Harper Collection)

In 1881, Adolphus Washington Greely led an American expedition of 25 men to northern Ellesmere Island to participate in the first International Polar Year, which was scheduled to begin the following year. They established a meteorological station at Fort Conger, so named by Greely, on Lady Franklin Bay, which had been named by Elisha Kent Kane in 1854.

In 1883, after two years without a supply ship and desperately short of food, Greely and his men abandoned their base and began a desperate retreat south along the Ellesmere Island coast in small boats. Some boats were lost, and with them more of their ever-diminishing food supplies. Able to proceed no further, Greely established a winter camp at Cape Sabine, a location poor in game. 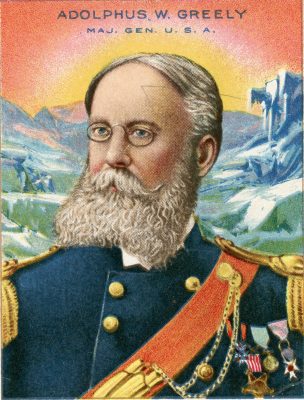 Over the winter, what little food remained was carefully rationed. By springtime everyone was starving. Everyone, apparently, except Private Charles B. Henry. He was the biggest man and had always been the heaviest eater of the party. Earlier, at Fort Conger, he had put on 25 pounds, and had startled some of his campmates by eating raw seal intestines with evident pleasure.

Greely and his confidants began to suspect that Private Henry was stealing food. The situation came to a head when half a pound of bacon went missing from a boat where it had been stored. That evening Henry complained of nausea and suddenly vomited into a pan. Sergeant Frederick examined the mess and declared it to be half-chewed raw bacon. The other men were incensed–Henry had been proven to be a thief. A trial of sorts ensued, and Henry was put under close arrest and not allowed to leave the hut unaccompanied.

In fact, Private Henry was more than a thief, he was an imposter. His real name was Charles Henry Buck. Although he had been born in Germany, he had an excellent command of English. Described as “splendid soldier material,” he had joined the American 7th Cavalry Regiment in 1876, but he was given a dishonorable discharge and a year of hard labour for passing forged cheques.

After his release, he had killed a Chinese man in a barroom brawl, and then reinvented himself by reversing his middle and last names as Charles B. Henry and joining the 5th Cavalry Regiment, Greely’s old outfit. He had then volunteered to serve under Greely in the Arctic. Greely knew nothing of his real identity.

By late spring 1884, 10 men were dead of starvation, and two more were on the point of death. The survivors’ meagre rations were supplemented by the tiny shrimp that live in Arctic waters, seaweed, the occasional bird or fox, and leather from thongs, ropes and articles of clothing. The fragility of life was perhaps summed up in a part of Greely’s diary entry for June 4: “to sleep was perchance to die…”

And then Private Henry stole again. Greely’s account of this revelation in his journal is almost matter of fact: “Henry acknowledged again to me that he had been stealing, and I had a long conversation with him, in which I told him that as he had no conscience he might at least have a little common-sense; that it was evident that if any of the party survived, it must be through unity and fair dealing, otherwise everybody would perish. He promised to deal fairly in the future, and seemed impressed with my caution that he would come to grief if he did not.”

But Greely doubted Henry’s sincerity. He gave three of his men an order to shoot the private immediately if he were seen eating any food not issued to him or “appropriating any article of provisions.”

The very next day, Sergeant Frederick caught Henry stealing shrimp from the mess-pot. Later in the day, Greely questioned Henry on the latter’s return from the old winter quarters, and Henry admitted taking sealskin thongs from the stores there, contrary to orders. Greely noted that he was “bold in his admissions, and showed neither fear nor contrition.” 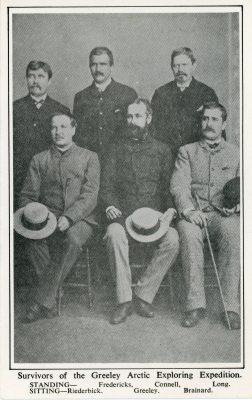 Greely immediately wrote out an order for Henry’s execution. Addressed to Sergeants Brainard, Long and Frederick, it read: “Notwithstanding promises given by Private C. B. Henry yesterday, he has since acknowledged to me having tampered with seal thongs, if not other food, at the old camp. This pertinacity and audacity is the destruction of this party if not at once ended. Private Henry will be shot to-day, all care being taken to prevent his injuring any one, as his physical strength is greater than that of any two men. Decide the manner of death by two ball and one blank cartridge. This order is imperative, and absolutely necessary for any chance of life.”

The firing squad made ready, and Private Henry was shot at 2 p.m. on June 6, a “fine, warm, clear day” on the shores of Ellesmere Island. A search of his effects revealed many hidden items of sealskin, items that could have been eaten in desperation, and should have been shared with others. The survivors agreed that Henry’s fate was merited.

Just 16 days later a rescue ship arrived. But by that time only seven men, including the commander, remained alive. One man had committed suicide, Henry had been executed, and the rest–16 in number–had starved to death. One more man died on the voyage south.

After being rescued, Greely duly reported Henry’s execution to his superiors, and asked for a court of inquiry. The secretary of war, however, concluded that Greely’s order was justified, and declined to take any action.