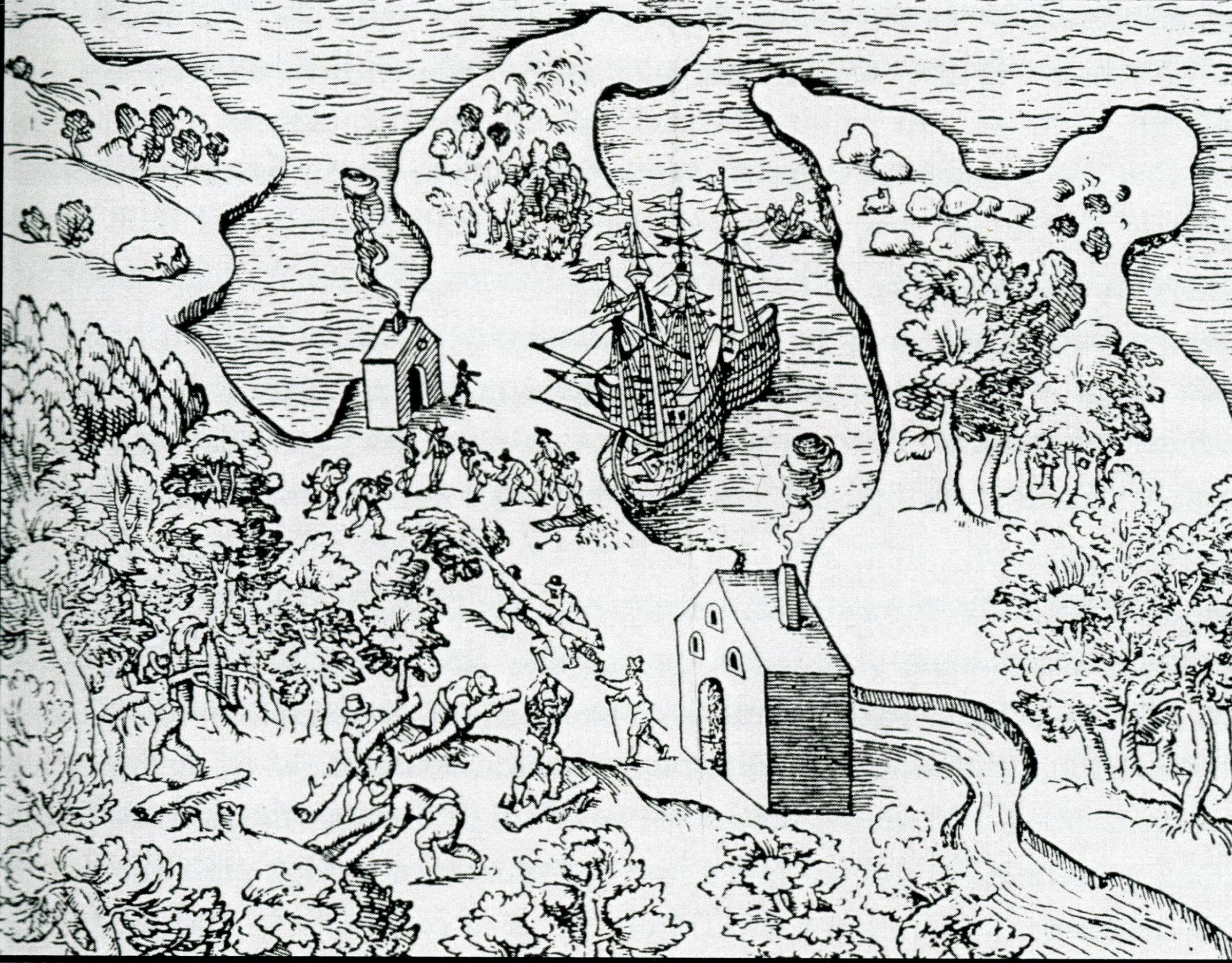 A fanciful artist’s rendition shows Jens Munk and his crew preparing to spend winter in Hudson Bay in 1619. (Image from the Harper collection)

This summer marks the 400th anniversary of a battle for survival that was waged for almost a year on the western shores of Hudson Bay. Marked by dozens of deaths, it had a bittersweet ending for three white men from Europe.

Their leader, Jens Munk, was a Danish-Norwegian explorer who is little known today. Yet he was responsible for one of the most heroic acts of survival in the annals of northern history.

Munk was born out of wedlock to Danish parents in Norway in 1579, and was sent to school in Aalborg, Denmark. Learning the truth of his illegitimacy on a visit home to his mother, he ran away to sea at the age of 12. During his adventurous youth, he visited England and lived in Portugal for a year before moving to Brazil, then returning to Europe on a Dutch vessel at the age of 18.

In 1610 he was one of the few survivors of a hunting expedition to Novaya Zemlya, then served as a Danish naval captain in a war against Sweden. He introduced the whaling industry to Denmark and made at least one whaling voyage.

In 1619, only nine years after Henry Hudson became the first European known to have entered Hudson Bay, Munk secured the approval of King Christian IV of Denmark and Norway for an expedition in search of the Northwest Passage. He was put in command of two vessels, the Unicorn and the Lamprey. The expedition left Copenhagen in May and reached Baffin Island by early July. The ships entered Frobisher Bay by mistake, then, once in Hudson Strait, wasted more time in searching Ungava Bay. 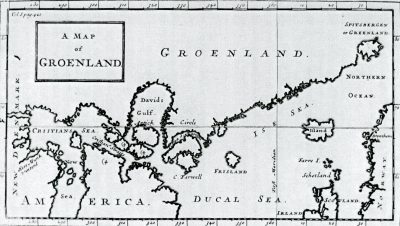 A map published in 1732 shows upper Hudson Bay as Christians Sea, and New Denmark on the far left. (Image from Harper collection)

It was not until September 4 that Munk reached Hudson Bay. This arrival, unfortunately, was very late in the season, just in time for the onset of a sub-Arctic winter. Already some of the crew showed early signs of scurvy, but Munk continued westward, hopeful of finding a passage to the Orient. Finally, he made land at what is now known as Cape Churchill. Munk named it “Novo Dania” or “New Denmark.” Winter was now upon them, and they had no choice but to remain in the hope of continuing their westward search the following spring. Everyone moved into the Unicorn and made ready for winter.

Munk’s men had no fur clothing and were not prepared for a winter of such severe cold as they experienced. He insisted that his men exercise, hunt and fish, but heavy snow made it difficult to obtain enough fresh food. Although Munk found abandoned camp sites, he saw no native people, whether Inuit or Chipewyan. Had he encountered any hunters, it is unlikely that they would have been able to assist such a large party of desperate men, even if they had been so inclined.

Almost everyone came down with scurvy—a debilitating disease now known to be due to the absence of ascorbic acid or vitamin C in the diet. Munk described the effect of the disease on his men:

“All the limbs and joints were so miserably joined together, with great pains in the loins as if a thousand knives were thrust through them. The body at the same time was blue and brown as when one gets a black eye, and the whole body was quite powerless. The mouth, also, was in a very bad condition, as all the teeth were loose, so that we could not eat any victuals.”

The first death occurred on Nov. 21, and more followed in quick succession. By June, Munk and the ship’s dog were the only survivors from either ship. Two other men, who had gone ashore and been too weak to return to the ship, survived. Sixty-one men were dead, most lying unburied. Munk thought that he would soon join those corpses and penned what he thought was a final message:

“Inasmuch as I have no more hope of life in this world, I request (for the sake of God) that if any Christians happen to come this way, they bury my poor body in the earth, together with the others that are lying here. Their reward they may expect from God.”

As the days of spring warmed and lengthened and the land returned to life, Munk and his two fellow survivors, really little more than walking skeletons, sucked the juices from plant roots to survive. In mid-June they were able to net fish in the bay. Slowly, they regained strength and laboriously hauled the smaller vessel, the Lamprey, which had been left high and dry on shore by a high tide, back to the water.

It usually took sixteen men to manage a ship the size of the Lamprey. But in mid-July 1620, these three men who had survived the sub-Arctic winter against all odds, set sail on the Lamprey from Churchill for the harrowing return to Europe. They battled first ice, then storms, and then the heavy seas of the North Atlantic. Sixty-seven days later, they reached Norway.

After his tenacious struggle for life, a hero’s welcome should have awaited Munk. But one of his two fellow travellers almost immediately stabbed a man in a brawl in a tavern, and Munk was deemed responsible for the conduct of his shipmate. He was thrown in jail for three months.

Although the king subsequently ordered Munk to lead a colonizing expedition to Novo Dania, nothing came of the idea. No volunteers were prepared to face the hardships. The idea of New Denmark was abandoned.

Munk published his maps and journal, Navigatio Septentrionalis, four years after his return. For at least the next century, the Churchill River was known as Danish River or Munk River. Today, his only memorial on qallunaat maps of northern Canada is Jens Munk Island in northern Foxe Basin, far north of Munk’s tribulations; the name was bestowed in his honour by Knud Rasmussen on the Fifth Thule Expedition in the 1920s.

Munk was eventually made admiral and acquitted himself well in battle in the Thirty Years War. Badly wounded in the Battle of Kiel, he died in 1628.

Munk’s valiant battle against the elements in Hudson Bay and the North Atlantic is little known in Canada today. Perhaps Canadians prefer their northern non-Indigenous heroes to be British. But neither is Munk’s ordeal very well-known in Denmark: for Danes, the Arctic is Greenland. But the accomplishment of this man and his two fellow survivors deserves to be remembered and celebrated as one of the toughest battles for survival ever waged by non-Indigenous people in the Canadian Arctic. That Munk and his companions survived is nothing short of a miracle.