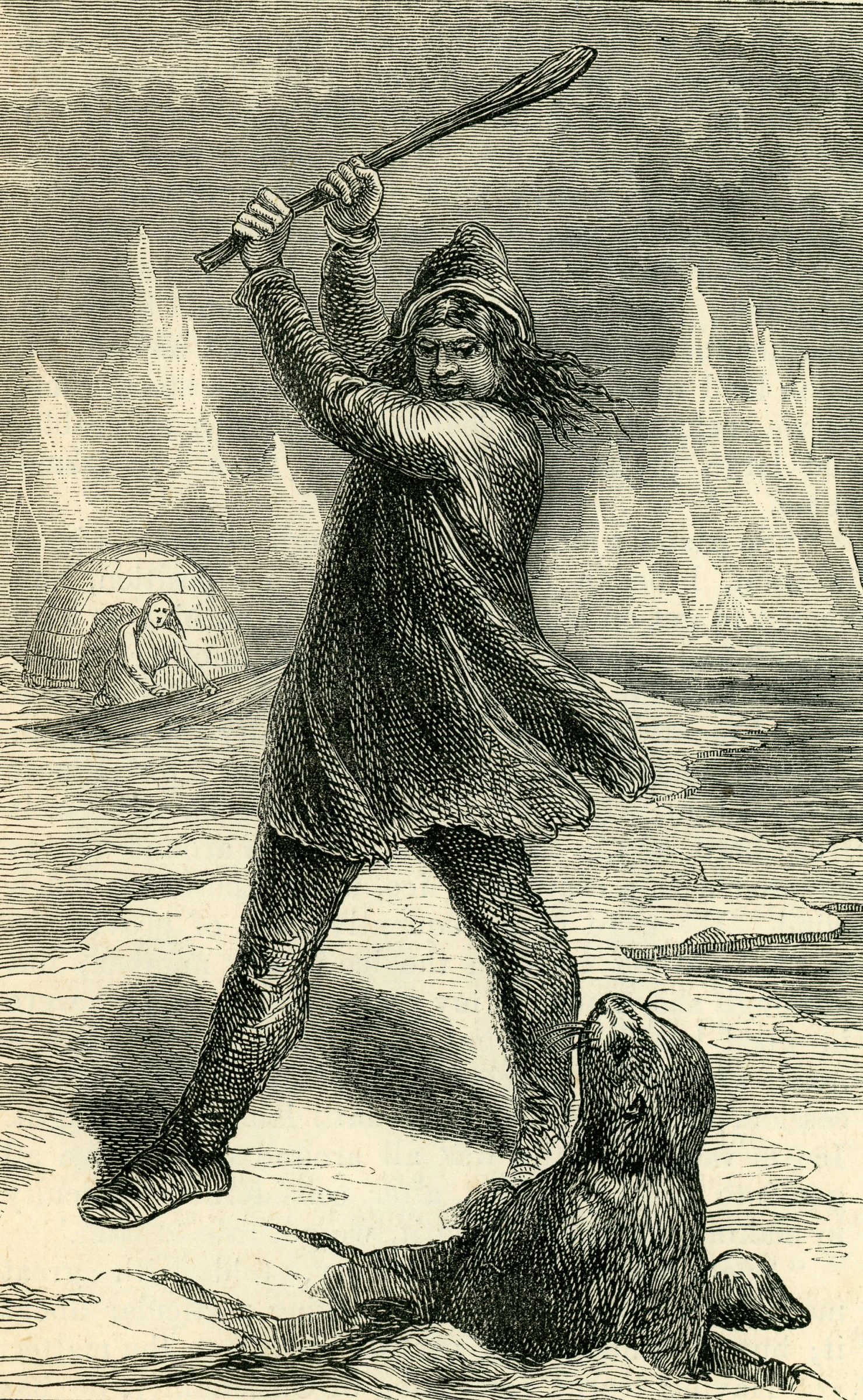 “We had then but little food, but seals came on our domain, and I generally prevented them from returning to the sea by knocking them on the head, and thus we kept up our stock of provisions.” This stylized image is typical of those found in nineteenth century publications for young readers. (Image from Two Months on an Island of Ice; or, Timothy Komuk’s Story.)

Two months on an island of ice

“Suddenly the ice cracked and heaved, and presently we found ourselves on an ice island in the open sea.”

In the last half of the 1800s, the Church Missionary Society was the forerunner to the Anglican Church in northern Canada. The society published reports of the work of its isolated missionaries in journals designed to inform and entertain the interested public in England and elsewhere, especially those who would contribute to the financial support of the missions. It also published various series for young readers. One of them was The Church Missionary Juvenile Instructor.

In 1873 John Horden, bishop of the Diocese of Moosonee, wrote a story for that magazine. He was primarily a missionary to First Nations people at Moose Factory, but he was also concerned with Inuit and had travelled as far north as Richmond Gulf on the Quebec coast of Hudson Bay.

The tale he told was an “ice-drift” story. Tales of people being accidentally set adrift on ice floes made for good reading in England. And they were even more interesting if the stranded person was an Inuk. Of course, they were illustrated with rather fantastic exaggerations of northern life.

The story he wrote was titled Two Months on an Island of Ice; or, Timothy Komuk’s Story.

“Among all the Esquimaux of my acquaintance there is none to whom I feel stronger attachment than to that fine specimen of humanity, Timothy Komuk, a stout, strong, good-looking, good-tempered young man. He is at the same time the best Christian and the best hunter among his people, while to the distressed he is ever ready to lend a helping hand. His wife, Ruth, is a clean, tidy, and quite respectable little woman; and they are worthy of each other….

“Now Timothy’s mode of life is attended with great danger. He must hunt the deer on the rocks and the seal on the ice; and in either occupation death frequently stares him in the face. You would, I know, like to hear one of his experiences. I give it to you as he related it to me.

“‘With my wife and family,’ said he, ‘I was off on the ice, and far from land, seal hunting. Suddenly the ice cracked and heaved, and presently we found ourselves on an ice island in the open sea. Large masses of ice lay in all directions, but they were all detached from each other, and we were being driven by a strong wind. The piece of ice we were on might have been two miles round.’ 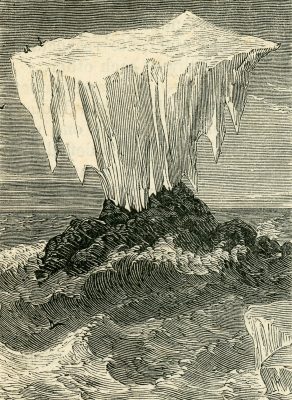 “Suddenly the ice cracked and heaved, and presently we found ourselves on an ice island in the open sea.”

“Here I interrupted him with the question, ‘In this plight did you feel no fear?’

“Smilingly, he replied, ‘Fear? Oh, no! I am too much accustomed to these things to feel fear.’

“‘We had all our goods with us, and soon made ourselves quite comfortable. As soon as the storm had subsided, we made ourselves a good snow hut, placed our kayak, or canoe, and sledges alongside it, and then patiently waited to see what would happen, hoping that by and by we should drift to land. We had then but little food, but seals came on our domain, and I generally prevented them from returning to the sea by knocking them on the head, and thus we kept up our stock of provisions.

“The weather was mostly very cold, with heavy falls of snow now and then. This was in our favour, as it prevented the ice from rotting, which it would have done had we had much sunshine; sometimes, however, we had beautiful weather for a day or two. We were just as well off as on land when it was calm; but when a storm came on we rocked a great deal more than was agreeable, and large pieces would break off from our island home.

“So passed a month, and although we had not been in want, I began to get tired of my position, and longed to get on land; but I could do nothing to help myself, and was obliged to wait yet another month before I could make my way ashore. During the second month the weather was generally warmer than the first, and we had more clear weather; but almost every night, whatever the day might have been, it froze hard, and in the morning the sea around us was covered with a coating of ice, unless there was much wind.

“We were now frequently short of provisions, as seals did not come on the ice in any number; but although short, none of my party starved, and we were in good health the whole time. At last we had a north-west wind, which, blowing several days in succession, we drifted before it until land was in sight. Ice in vast quantities was all around us; but we all got into my kayak, and after considerable difficulty in making our way among it, we got safe to land.

“Such was Timothy’s story, told with great modesty, and as if there was nothing particular about it…”

Horden closed his piece with a ringing endorsement of Timothy’s importance to the church:

“Having learnt something of Christianity, he has done his best to teach his countrymen; and when at the port of Little Whale River, he gathers the Esquimaux around him, teaches them to read, reads to them his book, teaches them, according to his power, to sing—but he is a very sorry singer—and earnestly exhorts them to cast aside all their superstitions and embrace Christianity. He is, I think, doing a good work among them.”