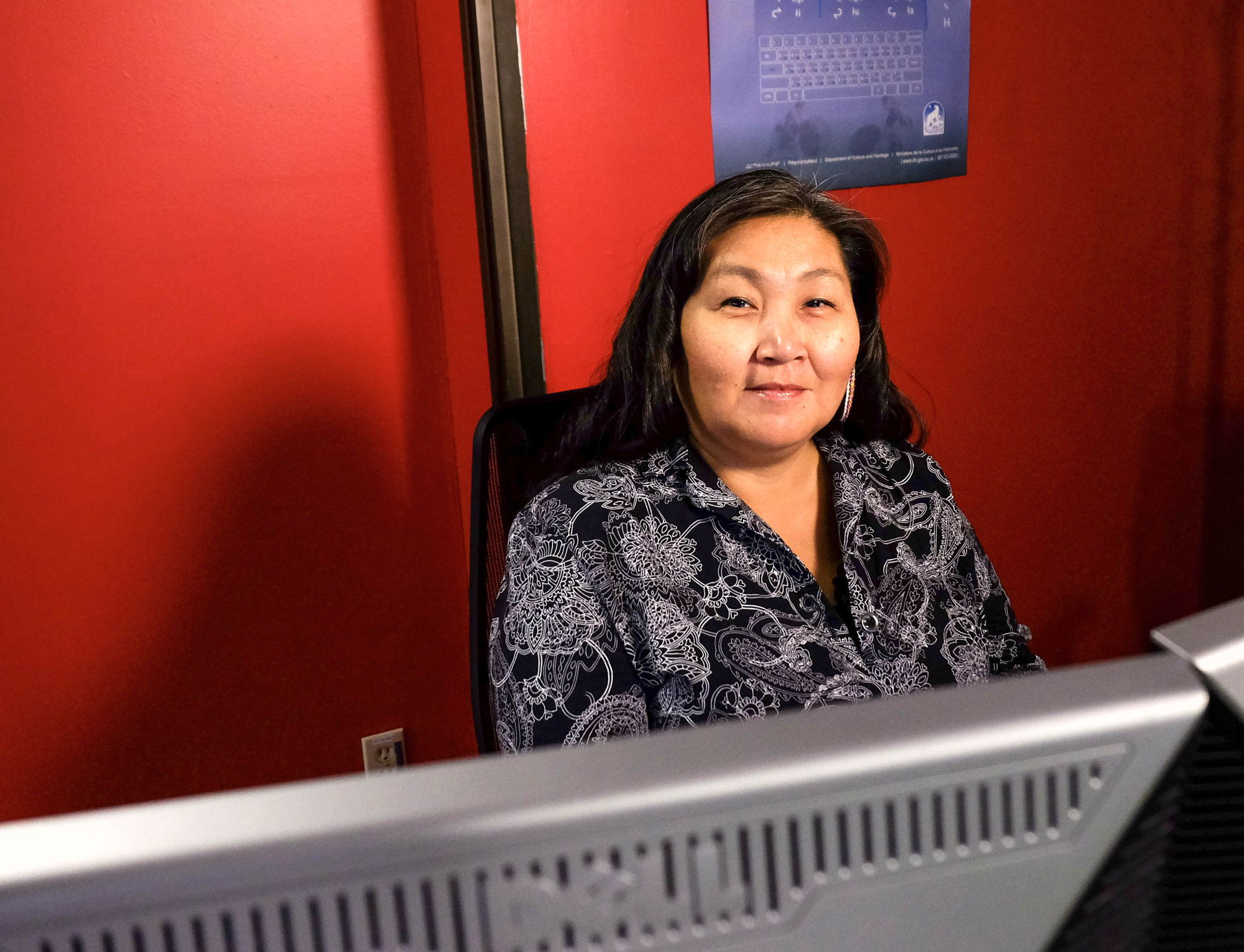 Thanks to Mary Powder of CBC North, Inuit-language speakers throughout Canada are in for a big treat this month: a digital tour through Inuit oral culture.

Inuit Unikkaangit draws upon the thousands of hours of Inuit-language stories, conversations and interviews that CBC has recorded over the past 60 years, but which have been mostly buried for years inside the corporation’s archives.

Those include numerous audio recordings from Sinnaksautit, the long-running late-evening radio show on CBC Nunavut that presents stories told by elders.

Podcasts, for those unfamiliar with them, are serial spoken-word programs that you can subscribe to on your smartphone, tablet or laptop.

Although innovative private organizations like Yellowknife’s Cabin Radio have produced podcasts in the North for some time now, this is the first to come out of CBC North.

And unlike traditional radio, you don’t have to watch the clock to make sure you catch the show at the right time, because podcasts are available on demand.

“You can listen to these stories anytime, anywhere,” Powder said.

In many episodes, Powder plays a story for a relative of the storyteller so they can have a discussion about it.

The first episode will be a special one for many Iqaluit residents, because it features a story, first recorded in January 1993, told by the much-revered Iqaluit elder, the late Simonie Alainga. 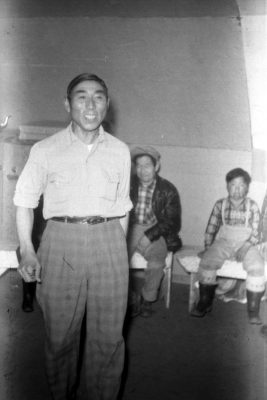 The first episode of Inuit Unikkaangit features a story told by the late Simonie Alainga of Iqaluit. (File photo)

In it, Alainga talks about the legendary little people, tiny human beings who still live on the land, as well as the shadow people, also known as tariaksuit.

Powder plays that story for Simonie’s son, Pitseolak Alainga, who talks about how his father did most of his teaching and storytelling on the land.

“His story is so clear and so concise. The audio is awesome and the story is like, wow, because there’s a lot of people know about this, the little people and the shadow people, across the circumpolar North. I wanted to share that,” Powder said.

“If they’re in Greenland or somewhere, and they’re listening to it, I’m sure they can relate to it.”

In the second episode, the late Nauya Tassugat talks about getting his dog team ready and the importance of helping others, while his daughter, Rebecca Panikpa, talks about how she remembers the caribou and sealskin clothes she wore as a girl that came from animals her father hunted.

The third episode features an unknown man who tells a story about how to interpret the wind. In that one, Powder asks listeners if they can help her find the name of the storyteller.

Later episodes will feature stories from people like the late Isaki Padlayat of Nunavik and the late Stephen Kootoo of Iqaluit.

“I would like to get more stories regionally, from Kivalliq, Kitikmeot later on,” Powder said.

“I kind of visualized it before I started it. I was trying to imagine you’re travelling internationally for circumpolar meetings or something, and maybe they share stories. I was imagining Inuit Unikkaangit being played and they would talk about it,” Powder said.

Powder is originally from Grise Fiord but now lives in Yellowknife, where she works as a CBC archivist, digitizing Inuktitut audio recordings.

So when CBC sent her to Regina to take what she calls a “crash course” as part of that job, she came up with the idea.

“One of the topics that came up was podcasts,” she said.

Inuit Unikkaangit was originally supposed to have launched this past May, but it’s been delayed until this month because of COVID-19.

Right now, they’re starting with eight episodes, but Powder hopes to do many more.

“I do hope that in the future that there is a continuation, because you know as well as I do that these stories have been shared amongst Inuit themselves,” she said.

To that end, one of her motives is to expose these stories to young people, so they can understand the difference between today’s modern society and the past.

There are many ways you can get the podcast.

If you’re using a smartphone or a tablet, you can download the CBC Listen app for either the Android and iOS operating systems. When you open the app, just go to the CBC Podcast menu and enter Inuit Unikkaangit into the search field

You can also use your web browser to go to CBC Listen, where you can find the podcast here.

And if you’re using iTunes, go to the podcast area, search for Inuit Unikkaangit and then subscribe to it.