Team Nunavut’s crocheted hats should be made in Pangnirtung: MLA

“In looking at the Pang hats, we shouldn’t allow bids from overseas to make these types of hats” 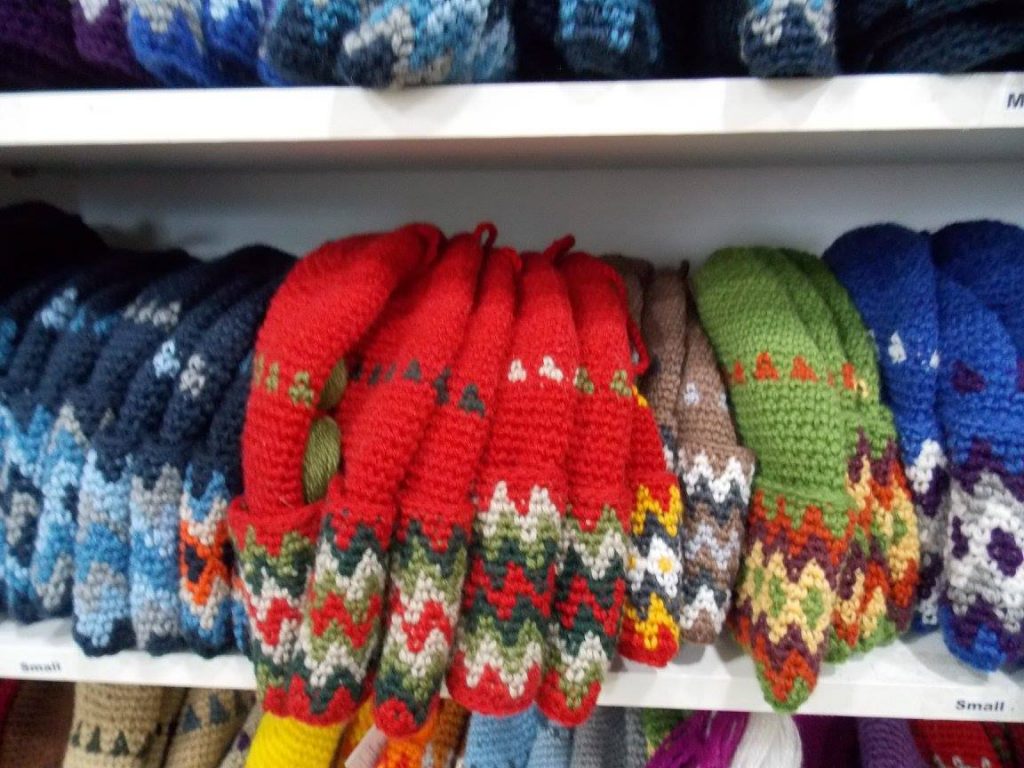 The Nunavut community of Pangnirtung is famous for its design and production of crocheted hats, commonly called “Pang” hats. Its MLA wants to make sure that the local arts centre provides Nunavut with the 355 hats that will be worn by Nunavut athletes to sporting events. (Photo courtesy of the Uqqurmiut Centre for Arts and Crafts)

If Team Nunavut wears crocheted hats to major sporting events, they should be made in Pangnirtung, says the community’s MLA, Margaret Nakashuk.

“One of the things for which Pangnirtung is world famous is our distinct style of hat, which is known as the Pang hats,” she said on June 5 in the Nunavut legislature during a member’s statement.

Nakashuk said she wanted to be sure that a recent request for proposal for 355 of these hats would be carried out in her home community.

“The Uqqurmiut Centre for Arts and Crafts is located in beautiful Pangnirtung, and it is world famous and it employs a number of talented residents of the community,” she said.

Later, during question period, Nakashuk asked Lorne Kusugak, minister for community and government services, whether his department’s tendering process would ensure that these hats are “made in Pangnirtung by artists from Pangnirtung.”

Kusugak said Uqqurmiut could put in a tender and that the centre, a Nunavut Development Corp. business, could be “more than able to bid on those and they would get bid adjustments where they do qualify.”

But Nakashuk said the real issue is one about cultural authenticity.

“In looking at the Pang hats, we shouldn’t allow bids from overseas to make these types of hats,” she said.

“Can the minister clarify how the government’s procurement process takes this into account then?”

But Kusugak told her Pangnirtung “is not the only one that makes those Pang hats.”

“I’ve got two in fact that were made by my daughter,” he said.

The only assurance Kusugak would offer Nakashuk is that the Government of Nunavut’s procurement policies give priority to companies or individuals from Nunavut.