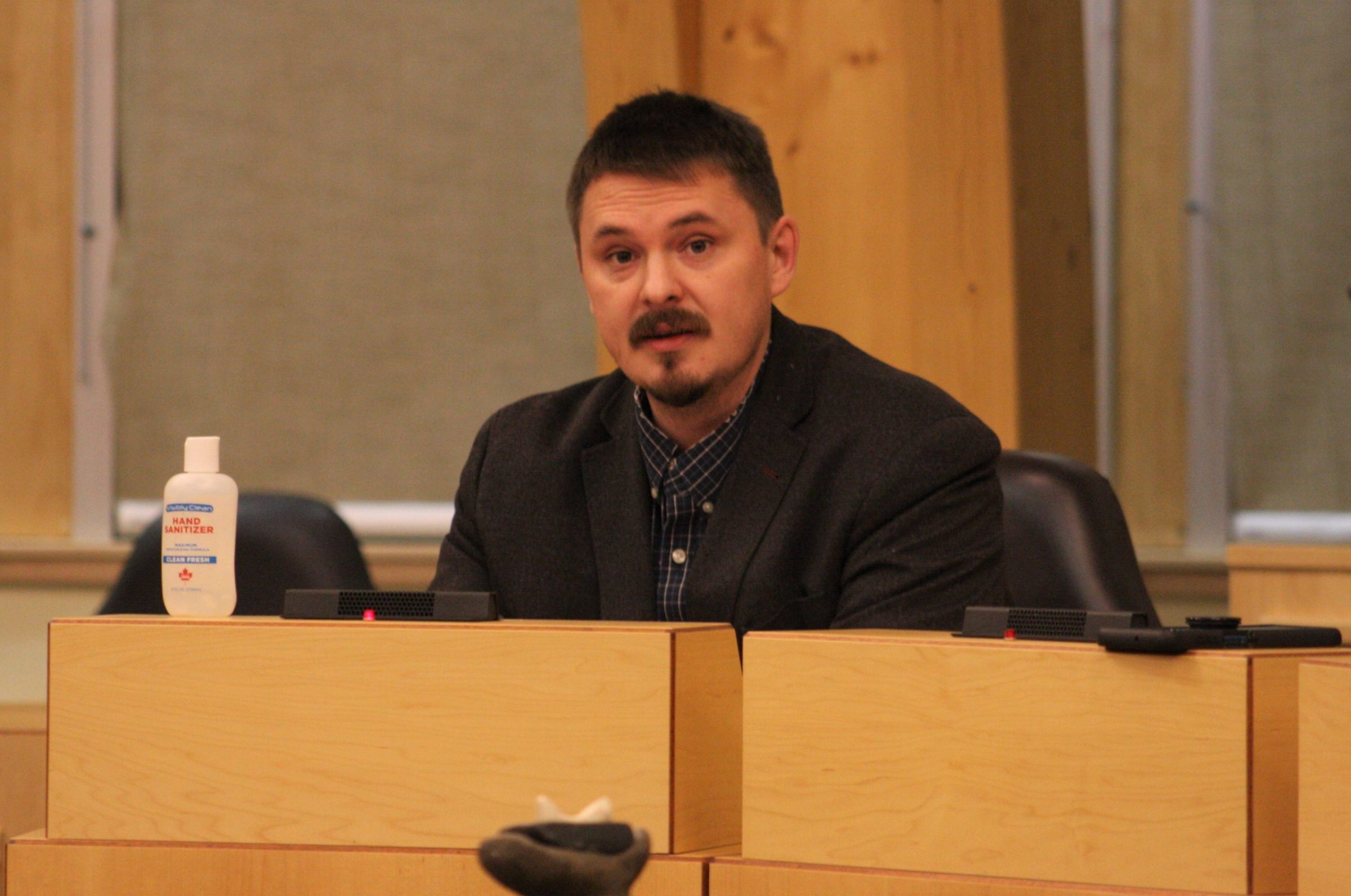 Nunavut Premier P.J. Akeeagok, seen in this December 2021 file photo, joined his Yukon and NWT counterparts in calling for “increased federal attention” to counter the impacts of climate change in the North. (File photo by Corey Larocque)

Nunavut Premier P.J. Akeeagok and his two northern counterparts called on the federal government to support renewable energy and climate change mitigation in the North.

Canada’s North is warming up to four times faster than the global average and northern communities are seeing the impacts firsthand, according to a Government of Nunavut news release about their statement issued Monday afternoon.

Some of the impacts of climate change include food shortages, northern residents’ health and well-being and public safety.

“Climate change is disproportionally impacting our Arctic communities, making it imperative to invest in long-term sustainable solutions,” Akeeagok said in the release. Akeeagok was not available Monday to elaborate on the statement.

The territories’ three premiers made a commitment in 2019 to use a “collective voice” to raise northern concerns about climate change.

The premiers issued Monday’s statement in collaboration with Indigenous leaders across the North, the release added.

It warns that climate change is creating barriers to accessing the land and says “self-sustaining wildlife populations” should be an objective.

The federal government must also recognize the importance of reconciliation through climate change by supporting Indigenous-led approaches and the incorporation of Indigenous knowledge wherever possible.