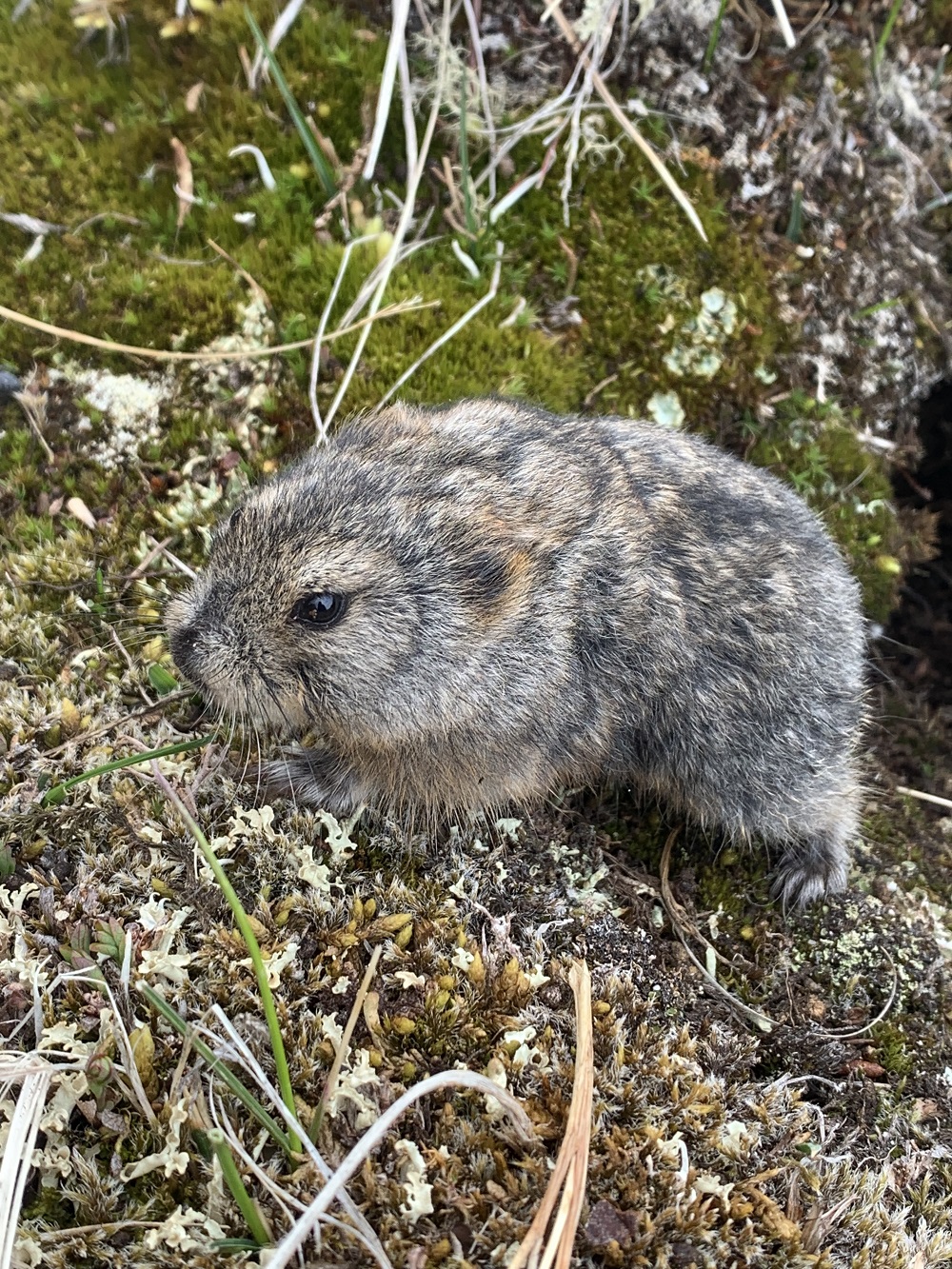 An Ungava collared lemming, photographed outside of Salluit in July. (Photo by Gregory Rand)

The Arctic’s most populous mammal still a puzzle for researchers

Lemmings are ‘one of the most spectacular phenomena in the Arctic,’ says zoologist Dominique Fauteux

Zoologist and researcher Dominique Fauteux was out on the tundra outside of Salluit earlier this summer when he noticed a least six couples of rough-legged hawks, screeching at him from a distance.

The hostile sounds confirmed two things: that the birds were nesting, and because the hawks only nest when they’re well fed, that also meant there must be an ample supply of their main food source, lemmings.

Fauteux has spent the last several years studying the plant-eating rodents in Nunavut and, more recently, in Nunavik, and says he’s still equally impressed and puzzled by the furry creatures.

Lemmings are the most populous mammal in Canada’s Arctic, and the cyclical rise and fall of their populations has a major impact on the well-being of their Arctic predators, from hawks to snowy owls, to foxes, wolves and even polar bears.

“The Arctic is extremely dynamic; the wildlife is moving around and a big part of that is the lemming cycle,” said Fauteux, a research scientist with the Canadian Museum of Nature in Ottawa.

“They’re really at the base of the food chain for so many species. It’s one of the most spectacular phenomena in the Arctic.”

Following research trips to both Salluit in Nunavik and Cambridge Bay in Nunavut this past summer, Fauteux says it has been a good year for lemming populations, and as such, for the other species who rely on them.

But there are still many questions Fauteux’s research continues to pursue: why do lemmings rotate through such an extreme boom-and-bust cycle, and how is climate change impacting that cycle?

His main hypothesis is that predation drives lemming cycles. But Fauteux and his fellow researchers also find that warmer winters have created more difficult conditions for lemmings to thrive.

While there are a handful of lemming species that populate the Canadian Arctic, Fauteux discovered a new species to Nunavik in his research this summer — the northern bog lemming, which he had only previously seen in parts of Nunavut before. The Ungava collared lemming is another species common all over Nunavik.

Researchers catch the rodents with the help of live traps baited with peanut butter and oats. During his most recent trips North, Fauteux has also fitted lemmings with photo-sensitive collars, which allow researchers to study their behaviour in and outside of the boroughs.

“We don’t know a lot about those species, like their density and cycling,” Fauteux said.

“The cycle has never really been measured.”

Nunavimmiut have always noted the presence of small rodents — known as avingngaks, tiriak or nunivakkaks in Inuktitut — and their connection to the abundance of other wildlife.

Michael Cameron, a community leader and Uumajuit warden in Salluit, assists with Fauteux’s monitoring program and sees it as a way for the community to learn more about the lemming’s shifting role in the local food system.

“I’m still learning about them,” Cameron said. “They do have an important role in the ecosystem as they are food for foxes and owls, and we can see that during the years where there are many lemmings around.”

“With the research in the region over the years and years to come, hopefully they are able to do some fieldwork with students from the schools,” he said.

“Children can learn hands on … and we have more awareness of how each animal, mammals, insects play a vital role in our ecosystem.”