The MMIWG report: A call for decolonizing international law itself 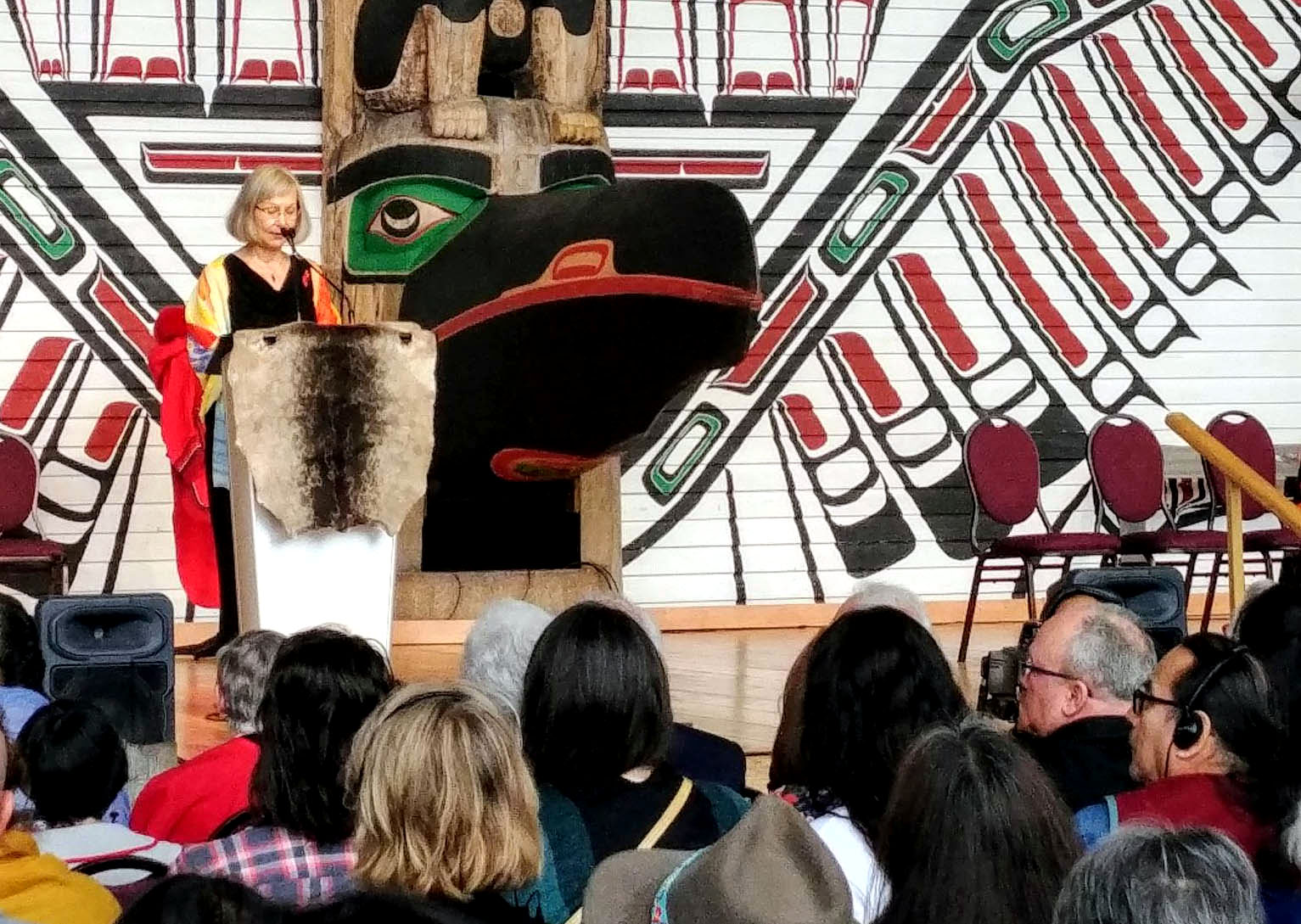 “Despite their different circumstances and backgrounds, all of the missing and murdered are connected by economic, social and political marginalization, racism, and misogyny woven into the fabric of Canadian society,” Marion Buller, the chief commissioner of the National Inquiry into Missing and Murdered Indigenous Women and Girls, said at the commission’s closing ceremony in Gatineau, Que., on Monday, June 3. (Handout photo)

By Frédéric Mégret
The Conversation

The National Inquiry into Missing and Murdered Indigenous Women and Girls has come to the conclusion that Canada has committed genocide against its Indigenous peoples. This is buttressed by a dense and sophisticated 46-page supplementary legal analysis appended to the report.

International lawyers hardly have a monopoly over what is or ought to be characterized as genocide — the issue is also the subject of debate among historians, social scientists and the general public.

Nonetheless, genocide as a legal term was the creation of international law. The recognition that it happened is legally significant.

The supplementary legal analysis is careful to emphasize that it cannot be the last word on the matter, but it does come up with a series of strong arguments that draw upon international law.

The United Nations’ Genocide Convention must be interpreted in the light of evolving customary international law: states can be liable for genocide as well as individuals; one can commit genocide through omissions as well as actions; responsibility can be incurred for ongoing and disparate acts; members of a group can be killed in a variety of ways.

In my opinion, some international lawyers who might otherwise be sympathetic to the plight of Indigenous groups in Canada could nonetheless hesitate to label what happened as genocide.

They may emphasize, for example, the non-applicability of the Genocide Convention for much of the period during which it was allegedly violated in Canada.

They may argue that only physical and biological killing of the group is covered by the convention. Or they may point out that Indigenous groups were purportedly not covered by the provisions of the Genocide Convention.

They may opine that simply because something is not classified as genocide doesn’t mean it’s not despicable or worthy of condemnation.

Such hesitations are understandable, but they miss the larger point.

Just as it draws on the authority of international law, the MMIWG report is also a subtle indictment of it.

International law defined genocide narrowly after the Second World War and largely reflected the unique experience of the Holocaust. Colonial massacres before then—such as the genocide of the Herero in southern Africa— or even at the time, like the Sétif massacre in Algeria, were not considered genocide or crimes against humanity.

The focus on individual criminal responsibility in the last two decades may have further reinforced a sense that genocide is committed by a few “bad apples.”

A determination of genocide in Canada, therefore, is partly despite the UN genocide convention’s failure to include Indigenous or gendered groups as protected minorities, its emphasis on massacres and its insistence on individual intent.

The convention makes it structurally difficult to conceptualize genocide as being anything other than the sort of industrial killing or large-scale massacre illustrated by the Holocaust and the Rwandan genocide respectively.

But if we accept that international law — which, by the way, historically sanctified colonization — is not a sacred source of authority, but part of a particular, historically and geographically situated tradition, then we can begin to imagine how we might rethink genocide.

The MMIWG report suggests, in particular, that we ought to think of “colonial genocide” as different from “Holocaust genocide.” It is a genocide happening everywhere and all the time. It is a genocide that is at least as much the result of a slow war of cultural attrition than it is the product of massacres.

The intent is present but it is structural. Responsibility is not only singular, not the work of a few bad apples, but collective.

Paradoxically, then, the challenge is not only to denounce a genocide but to denounce the limitations of the international law on genocide.

It is to question the authority to define “genocide” and to foreground victims’ experience in defining it. It is to insist that colonial genocide is genocide too. It is to recognize what happened in Canada over several centuries for what it is, despite the law’s best efforts to beat around the bush.

To decolonize genocide, then, is to decolonize how we comprehend genocide and to reimagine what international law could stand for.

There has been much debate since the MMIWG report’s release about what its legal consequences will be. The Organization of American States has asked Canada to agree to the creation of a panel to further investigate the allegation of genocide.

Given evidence of genocide perpetrated against indigenous women and girls in Canada I have offered the creation of an Interdisciplinary Group of Independent Experts (GIEI Canada). It is necessary to clarify these allegations and achieve justice pic.twitter.com/T83knhBRNA

This is helpful because it places the struggle for Indigenous rights within the broader scope of solidarity within the Americas. But the main lesson of the report may be more introspective and one that requires a slow reckoning with its analysis.

In the end, the conclusion of the MMIWG inquiry reflects the difficulty of, as the American writer Audre Lorde once put it, “dismantling the master’s house with the master’s tools.”

But in attempting to dismantle that house, the report makes it clear that the obligation to address genocide is, through and through, an obligation to decolonize.

Frédéric Mégret is a professor at McGill University