Northerners from Nunatsiavut, Nunavik and all three territories took part 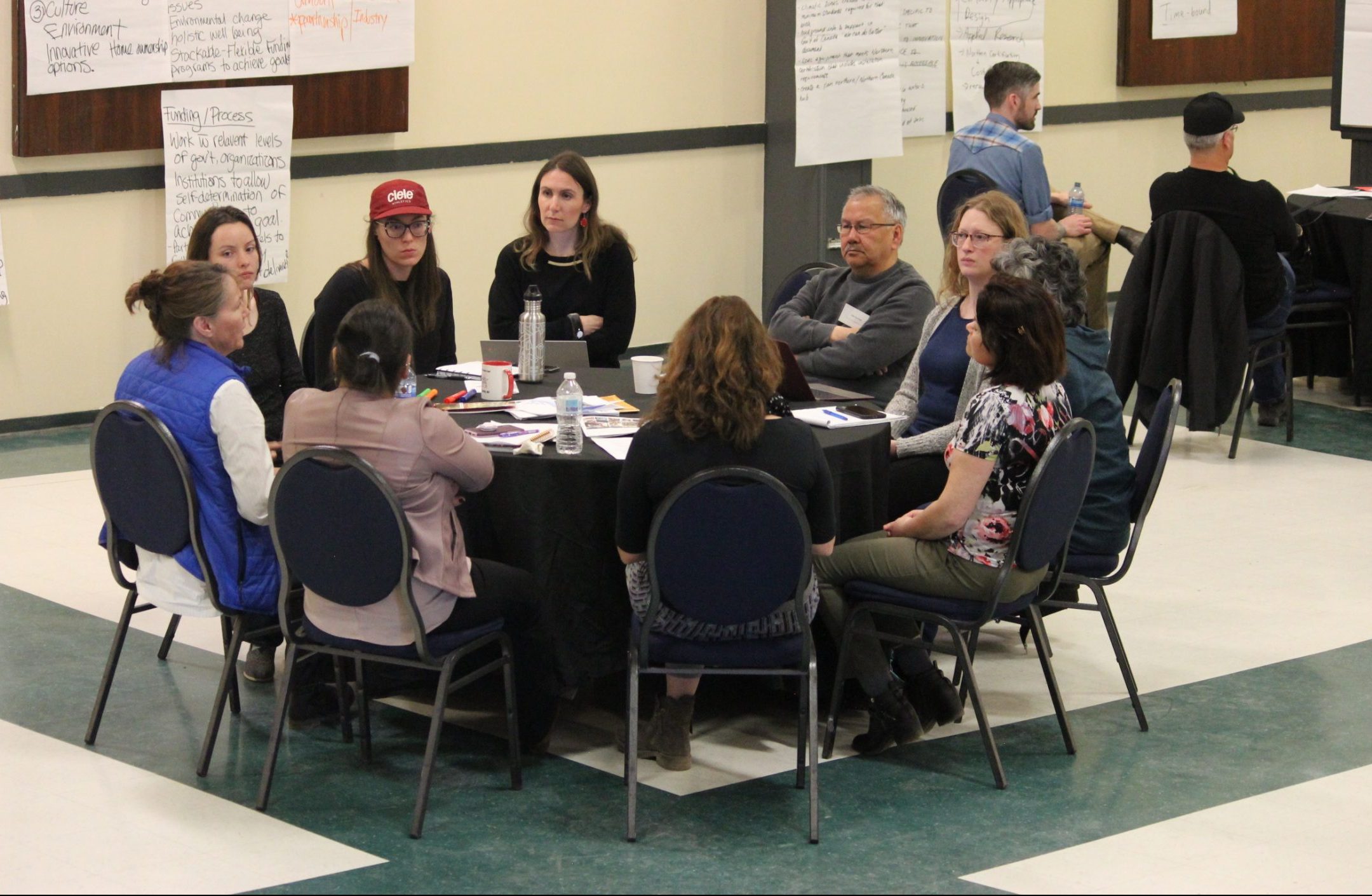 Cynthia Ene says she likes being in a room full of northerners.

“They tend not to BS around or mince their words,” she says.

Ene, who is the CEO of Illu Inc. in Cambridge Bay, along with northerners from all three territories, as wells as Nunavik and Nunatsiavut, came together for three days in Inuvik, Northwest Territories earlier this month. The gathering took place as part of the Gordon Foundation’s third annual “Northern Policy Hackathon.”

This year’s hackathon focused on what federal policies are required to ensure that northern housing meets the needs of northerners in the coming decade. The Gordon Foundation chooses a different theme for its hackathons each year.

The idea is to bring together people from across Inuit Nunangat to have conversations about a specific policy issue and come up with specific recommendations to the federal government on that issue, said Mieke Coppes, a program officer for the Gordon Foundation.

“The thought behind it is, if you bring together people who are experts in their own right and put them in a room and focus on one topic for two and a half days, they can come up with some really great recommendations on an issue that they’re all very knowledgeable about,” Coppes said.

Ene said she commends the Gordon Foundation for taking on the complex and emotional topic of northern housing for this year’s event.

“Once you say we’re doing a hackathon on northern housing, everyone just takes a deep breath,” Ene said. “It’s one of those issues that everyone recognized right off the beginning, this one hackathon is not going to deliver a policy that’s going to solve every issue.”

In fact, ideas were so abundant, participants continued their work late into the evening and started their working groups as early as 7:30 a.m., Ene said.

The topic was broken down into three sub-topics. These groups looked at the financial, social and industrial issues of northern housing.

Ene said the discussions had by the group that looked at social issues related to northern housing were particularly difficult.

“This is at the heart and the root of why we want to solve housing issues because of the socio-economic issues. It affects health, it affects employment, it affects abuse… It affects the future generations,” she said.

“Once thing the group was quick to highlight is even if a product passes the vetting process and it is a good technology, if it’s just installed incorrectly, which happens often, it’s useless and void. So how do we build capacity so people know how to build homes simply and better, locally as well?” she said.

The goal of the three-day event is develop concrete recommendations to the federal government.

It can be easy to fly participants to southern cities like Ottawa, Ene said, but it is important to hold these meetings in the North.

During the hackathon, the Gordon Foundation also offered training to participants on how federal policy is developed.

The last hackathon was held in Iqaluit in August 2018, where participants convened to develop policy recommendations on the growth of small and medium sized enterprises.

The report from this year’s hackathon is expected to be released in June.