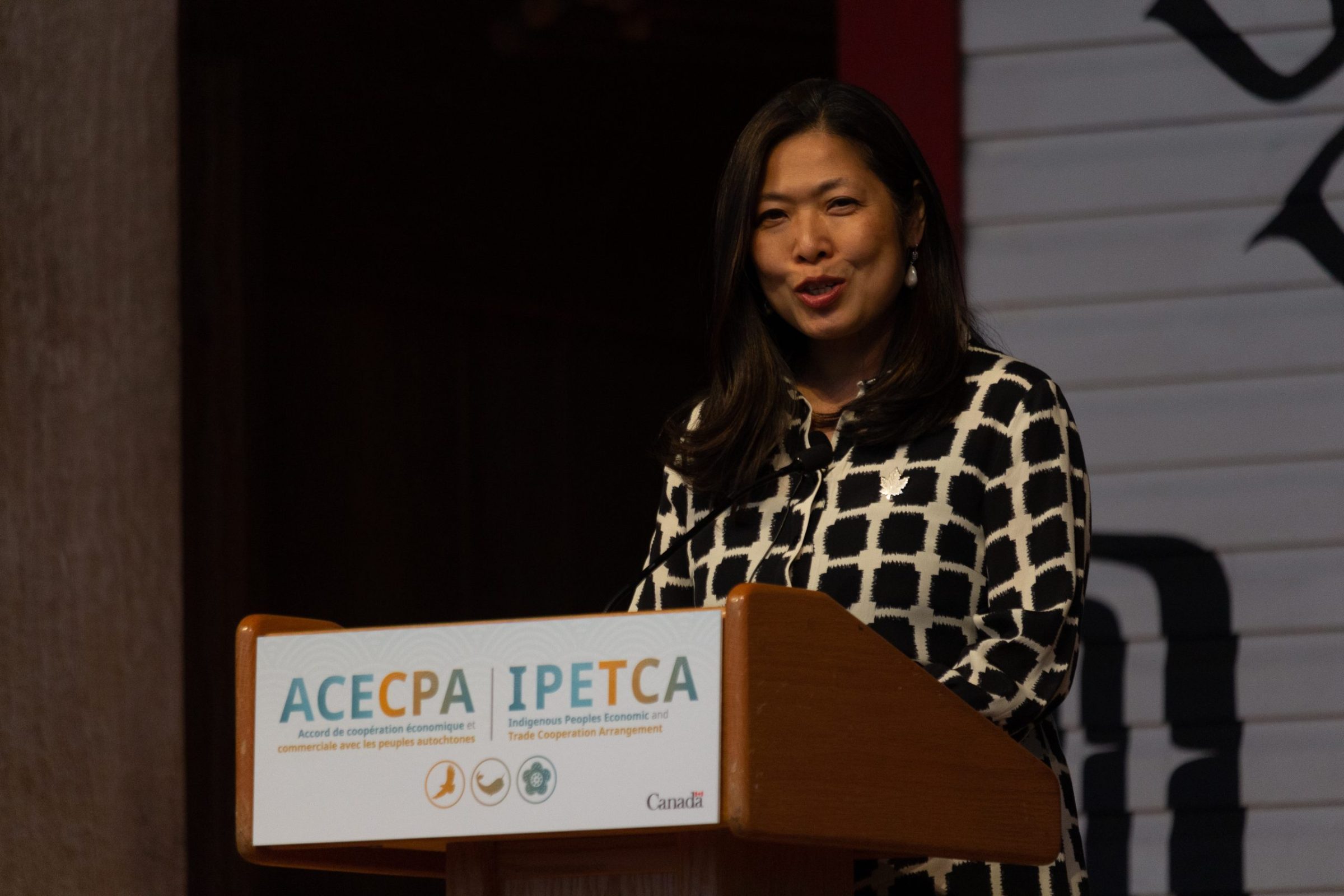 The Indigenous Peoples Economic and Trade Cooperation Arrangement is a non-binding agreement between Canada, Australia, New Zealand and Chinese Taipei (commonly known as Taiwan) that aims to improve and promote international trade for Indigenous businesses.

Initially endorsed by Canada in December, Thursday’s endorsement ceremony at the Canadian Museum of History in Gatineau, Que. was scheduled to coincide with National Indigenous History Month.

“This is the new way in Canada’s trade policy, and it’s consistent with our approach to enhance the relationship with Indigenous peoples and with UNDRIP (the United Nations Declaration on the Rights of Indigenous Peoples),” said Mary Ng, the federal minister of international trade.

The arrangement includes the establishment of a partnership council with members from each participating economy. The council will meet at least once a year and is tasked with organizing activities like workshops, seminars, trade missions, internships, mentorships and other networking and training opportunities.

There is no set amount of money announced to fund the council or its activities. Each member economy will bear its own costs for participation, and the arrangement lists virtual meetings as the preferred method for these activities.

Both Ng and federal Northern Affairs Minister Daniel Vandal offered examples of how Inuit could benefit from the arrangement, with Ng discussing how it could support the “marvel creations of Inuit artists” and Vandal highlighting Nunavut fisheries.

“This arrangement can foster the exports of fish harvest to markets globally, bringing prosperity to the fishing industry and to communities all across Nunavut,” Vandal said.

“The lessons learned on the shores of the Arctic Ocean may now be shared with Indigenous fishers of other oceans.”

Nunavut NDP MP Lori Idlout welcomed the arrangement as a “step in the right direction.”

In an emailed statement, she said she continues to endorse the trade arrangement, but wants to see the federal government act on breaking down some of the barriers Indigenous entrepreneurs face.

“I see the opportunity in the people I meet – they want to work and be involved in economic decisions that can grow their communities,” Idlout said, reiterating that “many Indigenous peoples still struggle to access … basic infrastructure like a safe place to call home, and steady internet connection where they live.”

The partnership council is expected to review the arrangement’s impact within three years and that review will be made publicly available online.