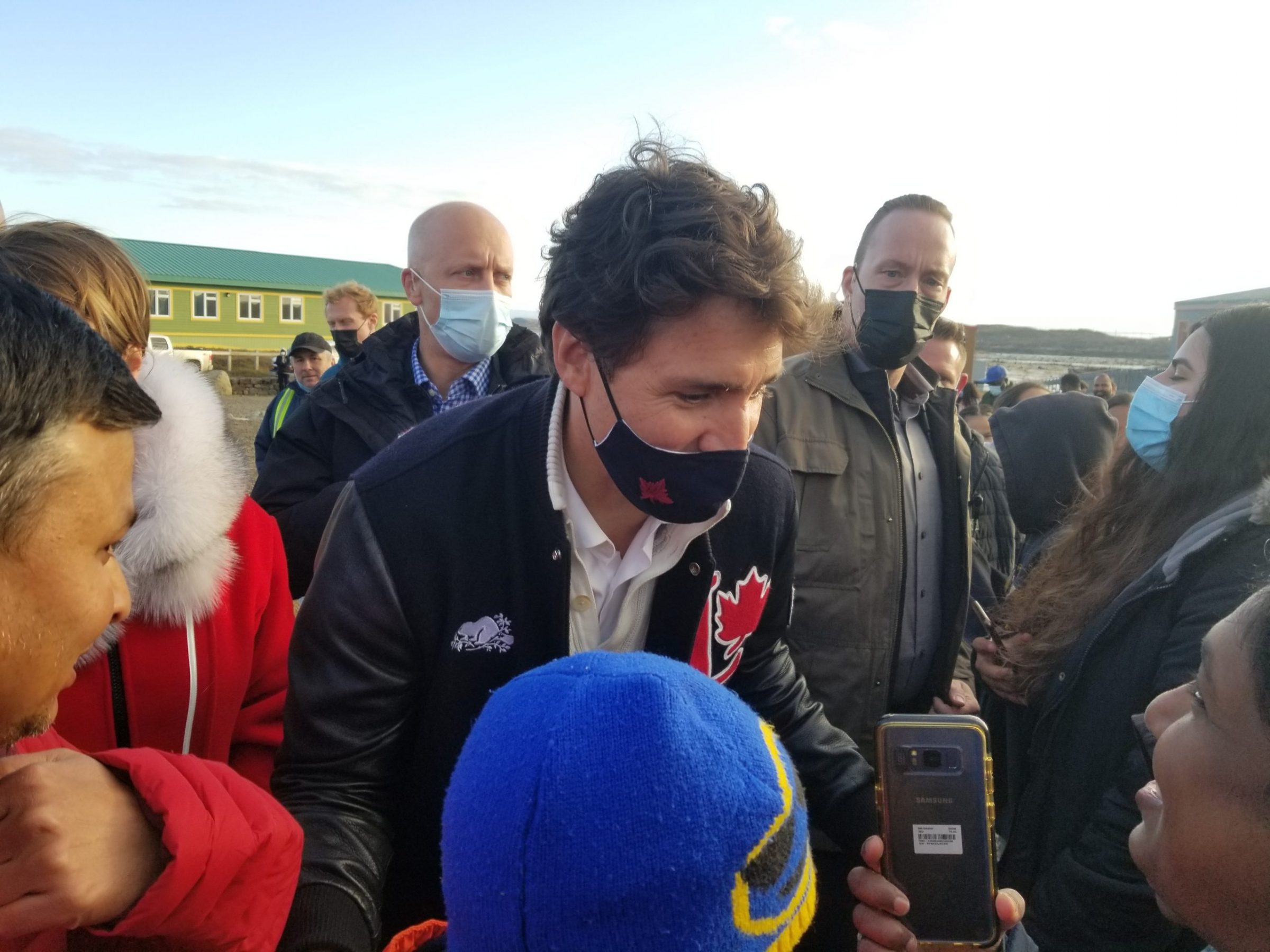 He came to Nunavut’s capital to support local Liberal candidate Pat Angnakak’s bid to win the Sept. 20 election. Angnakak hinted on Twitter on Monday that Trudeau would make an announcement about the party’s housing platform.

Trudeau’s airplane — identifiable by its red and white Trudeau 2021 markings — touched down at the Iqaluit airport around 2:45 p.m.

The prime minister was scheduled to tour Nunavut Arctic College, then appear with Angnakak outside the elders qammaq for what she called a “community gathering.”

His campaign team told media he was scheduled to take off from Iqaluit shortly after 6:30 p.m.

This story is developing. Nunatsiaq News will have full coverage of Trudeau’s visit on Monday.