Trudeau’s election gamble results in most seats for Liberals, but no majority 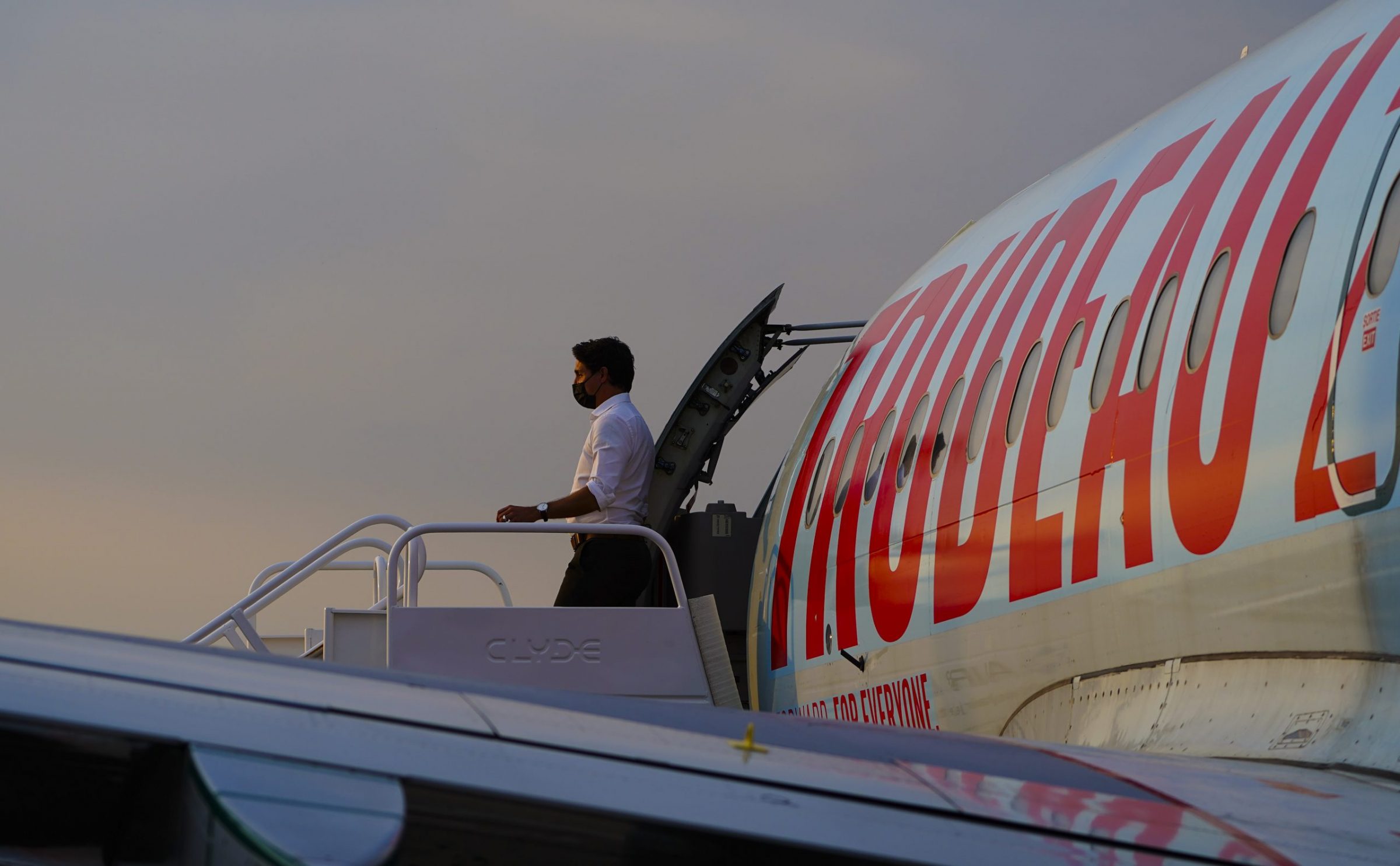 By Christopher Reynolds and Morgan Lowrie
The Canadian Press

MONTREAL — Thirty−six days after his fateful decision to send Canadians to the polls, Prime Minister Justin Trudeau’s Liberals are poised to secure the most seats in the 2021 federal election but have fallen short of a majority.

The Canadian Press forecast that the Liberals were leading in 156 ridings, the Conservatives in 123, the Bloc Québécois in 29, the NDP in 28 and the Greens in two.

The Liberals enjoyed a healthy lead Monday night as poll results poured in across the country, with signs of hope emerging in Quebec and Ontario after an uncertain kickoff in Atlantic Canada.

Trudeau won his Montreal riding of Papineau, which he nabbed from the Bloc Québécois in 2008 and has retained since.

At Liberal election−day headquarters in downtown Montreal, the hotel ballroom remained devoid of supporters even after the general outcome was called.

Trudeau lost a cabinet minister in Bernadette Jordan after the Liberal−held South Shore—St. Margarets riding in Nova Scotia fell to the Conservatives.

Last year, the fisheries minister was criticized over her handling of the dispute involving Indigenous fishing rights in Nova Scotia when a conflict between commercial fishers and Mi’kmaq fishers escalated and made national headlines.

Maryam Monsef, the status of women minister, was also defeated by a Tory in Peterborough−Kawartha.

Nonetheless, the Liberals were holding on to all four seats in Prince Edward Island. Cabinet ministers Seamus O’Regan and Dominic LeBlanc also retained their seats in Newfoundland and Labrador and New Brunswick respectively.

“It suggests that polls that showed things as tight as they were very accurate. What’s going to be interesting is the numbers in Ontario,” he said.

Supporters would also be “disappointed,” he added, if the party were to lose Fredericton, a seat they snagged from the Greens in June after convincing Jenica Atwin to cross over to the red team.

Trudeau spent the past few days barnstorming the country — hitting four provinces on Sunday alone — and delivering his final whirlwind pitch to Canadians. Over the weekend, the eight−year leader marketed his party as the only one that could stop Erin O’Toole’s Conservatives from forming government.

He has dug in against the top Tory on vaccine mandates, gun control, climate change and daycare, leaning on the Liberal record on pandemic management and economic stimulus.

After travelling back to Quebec from Vancouver on a red−eye flight, Trudeau cast his ballot Monday in his Montreal riding of Papineau, with his three children at his side and Canada’s 44th election on the edge of completion.

At the Liberals’ election night headquarters at a downtown Montreal hotel, Pablo Rodriguez, who was re−elected in Honoré−Mercier, said a second consecutive minority government would mark a validation from voters.

“Even if it gives me a minority, it’s a mandate,” he said in French, bathed in the hotel ballroom’s red studio lights and backgrounded by a massive screen sporting the Liberal campaign motto: “Forward. For everyone.”

“In 2019, the word COVID did not exist in our vocabulary … Today, spend a single day without hearing the word — it’s impossible,” he said, adding that the election rode largely on the issue of pandemic management.

Rodriguez also insisted that a Liberal minority would not mean Trudeau no longer has Canadians’ confidence: “Not at all.”

The campaign got off to a rocky start in August as opposition leaders hammered Trudeau on his decision to call an election amid a surging fourth wave and on the day Kabul fell to the Taliban in Afghanistan.

The Conservatives came flying out of the gate, laying out a detailed — though not initially costed — election platform on the first full day of the campaign and precipitating a jump in their polling numbers.

The Liberals struggled to find their footing as they fired off rounds against O’Toole, hunting for wedge issues that ranged from the spectre of two−tier health care to scaled−back abortion services to gun control — a shot that may have hit its mark when O’Toole amended his platform on firearms.

Trudeau, maintaining a rapid−fire pace as he criss−crossed the country, sounded off on his party’s plan to tackle affordability and inequality with proposals around extended pandemic relief, housing measures and $10−per−day child care.

He also sought to link O’Toole to the “anti−vaxxer” protesters who hounded his campaign with crass insults and menacing demonstrations. One heckler was slapped with criminal charges after Trudeau was hit with handfuls of gravel as he boarded his campaign bus in London, Ont.

O’Toole, who denounced the protests and repeatedly said he encourages all eligible Canadians to get vaccinated, has also stopped short of pledging a vaccine mandate for federal employees, saying those averse to a shot can get regular rapid testing.

At the two French−language debates earlier this month, Trudeau sparred with Bloc Québécois Yves−François Blanchet, who hoped to boost his seat count to 40 from 32 in Quebec, beyond the Liberals’ 35 seats.

The spiciest exchange concerned issues of Quebec identity and representation when an animated — at times flustered — Trudeau turned on Blanchet late in the second debate to tell Blanchet he does “not have a monopoly over Quebec.”

A threat to Trudeau’s chances in that key battleground emerged a day later during the English−language debate when the moderator’s question described two Quebec laws as discriminatory, outraging many Quebecers. Blanchet rebutted that the issue of systemic discrimination was a “political tool” wielded to bash the province, prompting a boost for the nationalist party whose purchase had been slipping.

While conventional wisdom held that triggering a snap election would fade as a line of attack within days, opposition leaders daily questioned the rationale behind ushering millions of voters to the ballot box amid an unvanquished pandemic and a minority government that had largely succeeded in pushing the Liberal agenda through Parliament in conjunction with other progressive parties.

Promises to help first−time homebuyers, extend paid sick leave to 10 days per year and stricter tax−law enforcement were met with skeptical questions of why they weren’t implemented in the past six years.