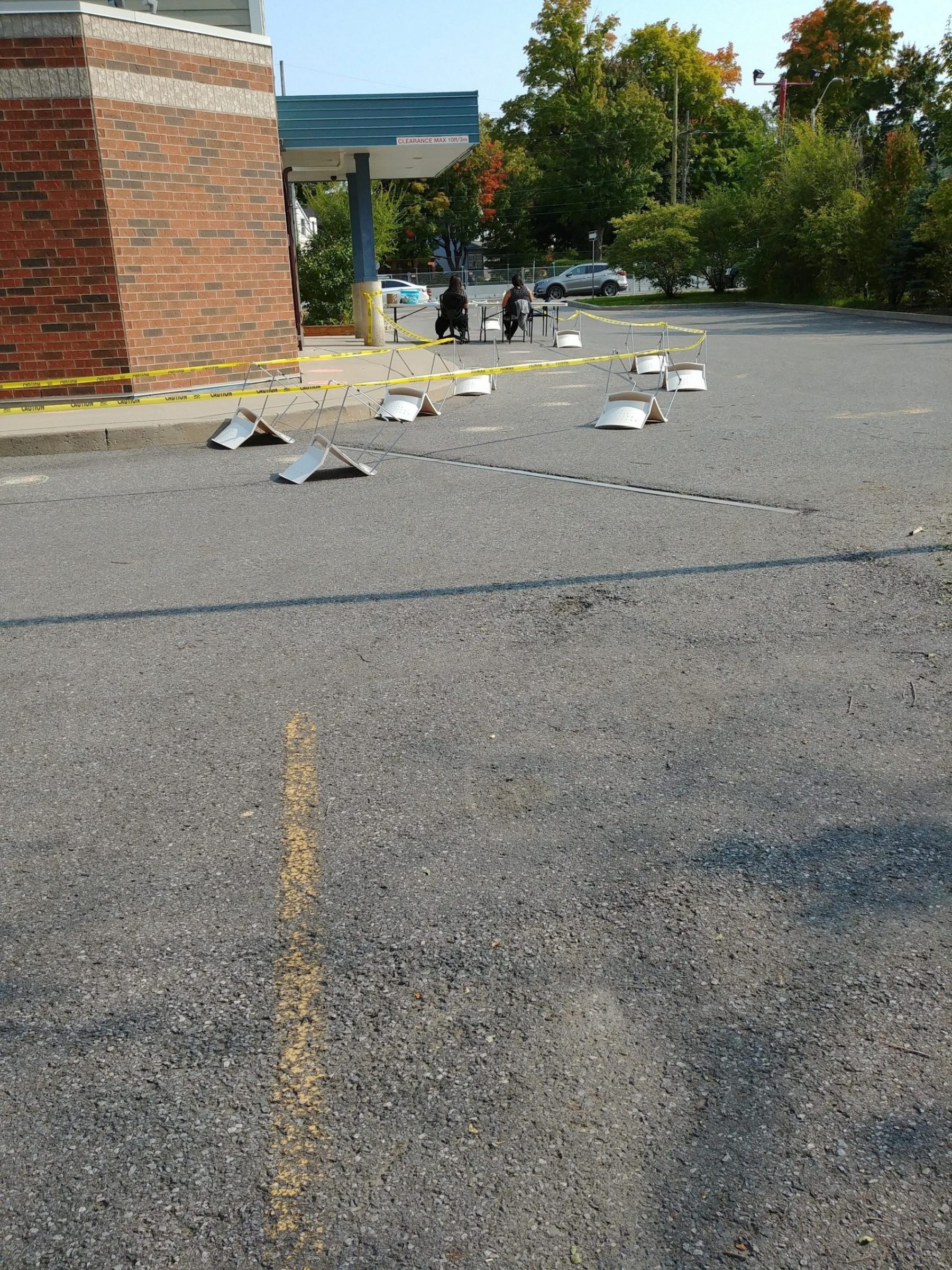 This is how the parking lot at 1071 Richmond Road was set up on Sept. 22 when Tungasuvinngat Inuit held its first country food distribution in Ottawa. Similar events are now in the works for southern Ontario and Toronto. (Photo courtesy of TI)

Tungasuvvingat Inuit plans to distribute maktaaq and caribou to more than 200 households in Toronto and southern Ontario later this month, the Ottawa-based community organization said on Monday, Oct. 5.

Last month, TI said it distributed country food to more than 200 households in Ottawa, in partnership with Nunavut Tunngavik Inc.

The country food was harvested in the north and shipped to Ottawa for distribution and then prepared and packaged by volunteers, TI said.

To obtain the country foods, people were asked to register beforehand. So many were eager for country foods that TI said that its website server crashed as hundreds submitted their names to register “in a matter of minutes.”

TI Executive Director Amanda Kilabuk said in Monday’s release that it was “a very proud day for TI to have the ability to provide country food and lift the spirits of urban Inuk families in Ontario.”

Ottawa is now home to about 4,000 Inuit, some of the roughly 10,000 Inuit now believed to be living in Ontario.

After the pandemic started in March and led to COVID-19 restrictions, TI put its in-person food distribution program online, handing out 37,500 food cards, instead of hampers, for 463 families, TI said at its recent annual meeting.

The in-person country food distribution was not easy to plan and prepare due to COVID-19 restrictions.

All regulations were followed for physical distancing and sanitizing, “and we took extra measures to mark spaces six feet apart in the parking lots,” she said.

As well, extra volunteers were brought in to monitor the distribution, and drive-through lanes were set up, Kilabuk said.

“The collection of personal information was also obtained for the purpose of contact tracing. The distribution was a complete success and the gratitude from community has been amazing,” she said.

TI said its service reopening plan has been reviewed by public health staff.

TI said it has also worked closely with provincial health agencies to develop reopening plans for programs and to organize personal protective equipment training for all employees.

Prior to the recent country food distribution in Ottawa, Nunatsiaq News heard from one TI employee, who did not want to be identified, who expressed concerns about TI’s ability to ensure the food distribution would be safe.

But TI’s communication manager, Joël Lamoureux, said that “TI didn’t have a concern as we took all protocols very seriously and provided all PPE requirements. Additional staff was on hand to ensure physical distancing was maintained and elders were in a separate area.”