Rankin Inlet’s Meliadine mine under budget, ahead of schedule 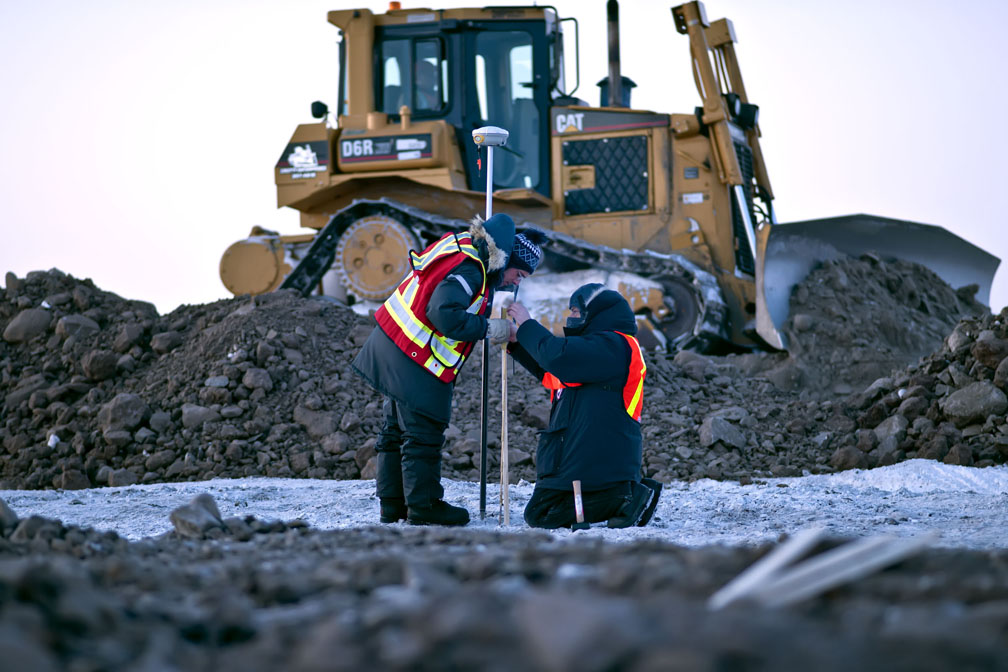 Two Agnico Eagle employees do surveying work in 2011 at the Meliadine site near Rankin Inlet. The mine will likely start commercial production sometime this spring, the company says. (File photo)

“With the start of new operations at both Meliadine and Amaruq this year, we anticipate record gold production in 2019 with further production growth in 2020 and beyond,” Sean Boyd, Agnico Eagle’s CEO, said in a news release.

Meliadine is the name of Agnico Eagle’s long-anticipated gold mine near Rankin Inlet, located about 26 kilometres from the community.

Because work on building the Meliadine mine is ahead of schedule and under budget, commercial production will likely start soon after March 31 of this year, in the company’s second financial quarter.

In an update on the Meliadine site, the company provided other details:

• By the end of December, construction was 97 per cent complete.

• The power plant has been operating since October and now provides electricity to the whole site.

• The site’s salt-water treatment plant is up and running and the company has received permission from Northern Affairs Minister Dominic LeBlanc to discharge saline water into the ocean later this year.

And at the Amaruq satellite mine near Meadowbank, commercial production will likely start in the third quarter of this year—sometime between July and September.

Open-pit mining has already started at the Whale Tail pit, the first part of the Amaruq property, and the company is also eyeing the possibility of an underground mine at the Amaruq deposit, which is located about 50 kilometres from its Meadowbank operation.

At the same time, the level of gold production has been dropping at Agnico Eagle’s Meadowbank site, where mining is expected to stop by the end of this year.

But the mill at Meadowbank will continue to produce gold bars, as the company transitions to processing ore shipped from Amaruq.

Because of the earlier-than-expected production start at Meliadine and a slightly higher-than-projected target for Meadowbank, the company is expected to produce a total of 1.75 million ounces of gold from all its operations this year, rising to 2.05 million ounces in 2021, the company said.

As in past years, Agnico Eagle, which operates mines in Canada, Finland and Mexico, continues to stress the importance of its Nunavut operations and says they’ll be operating in Nunavut for many years to come.

“With the company’s Meadowbank mine, two significant development assets (Meliadine and the Amaruq satellite deposit at Meadowbank) and other exploration projects, Nunavut has the potential to be a strategic operating platform with the ability to generate strong gold production and cash flows over several decades,” the company’s financial statement says.

The company reported a net income of $33.8 million for the fourth quarter of 2018.

But because of an “impairment loss” of $389.7 million at some of its mines, the company reported a loss in its fourth quarter of $393.7 million.

Those relate to “good-will impairments” at its Malartic mine in Quebec and two of its mines in Mexico.

A good-will impairment is an accounting term that describes what happens when an asset is no longer capable of producing the financial results that were expected from it at the time it was acquired.